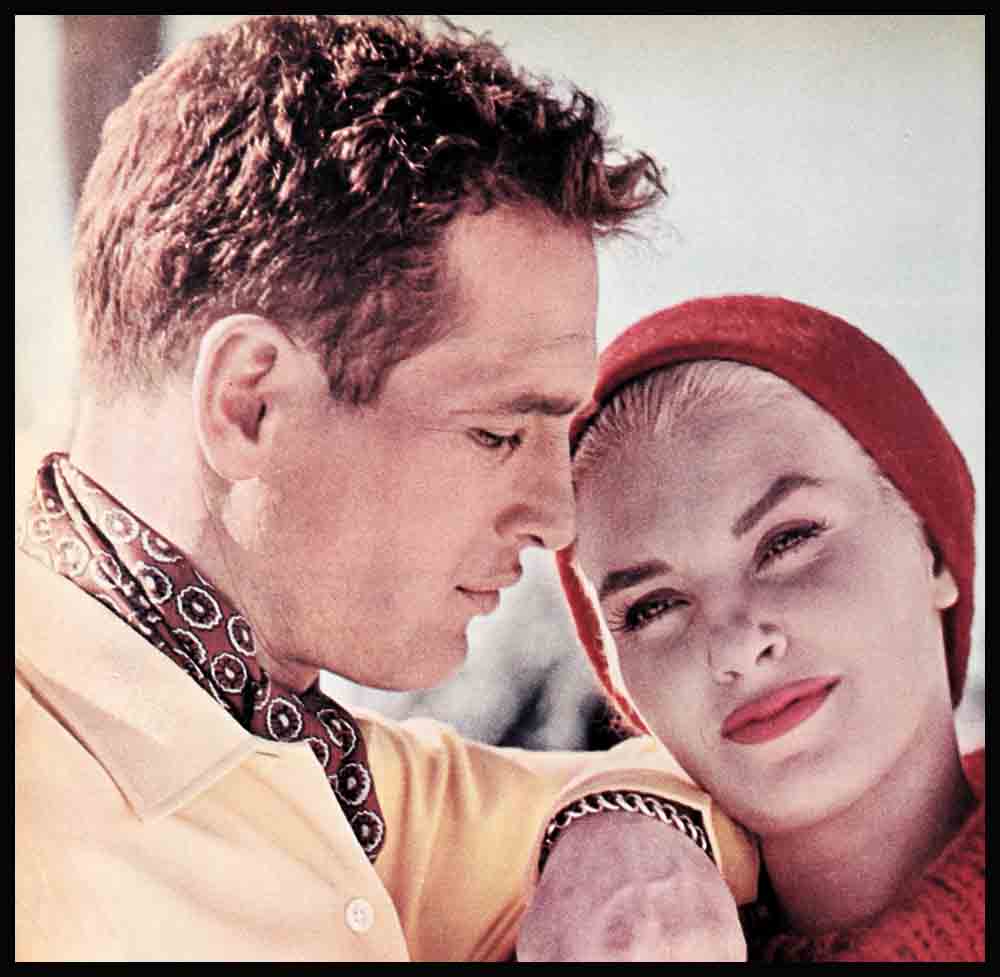 Darling . . . This is the story that starts: “And they lived happily ever after!” You know the other story. Everybody does. That story went something like this: “Once upon a time there was a dreaming girl with emerald eyes and hair the color of honey.” Do you remember? Do you remember how the girl lived all alone, with only her dreams of love and enchantment to nourish her starving heart? Do you remember how one day, as she stepped out of the lonely shadows for a single magic instant, she met a young man with eyes like blue stars and hair that curled like a little boy’s? How they stood for a moment like dancers on a darkened stage, and then the young man—he must have been a prince because he certainly looked like one—kissed the girl’s waiting lips? We all know that story. It was a beautiful, sad story, the way proper love stories should be. The dreaming girl adored her prince, and the prince would have let a dragon rip out his heart to save his lady’s honor. But, naturally, they couldn’t marry because of a black, wicked spell. And so the girl wept crystal tears, and all the world wept with her, and watched and hoped that love would find a way just one more millionth time.

Well, the lovers, as you recall, were torn from each other’s arms a thousand times. But every time, their perfect love mended the scars of anguish.

And finally, love did find a way. Almost as if a fairy godmother had waved a jeweled wand over the helpless lovers’ heads. Chimes of joy heralded the news for all the world to hear. Romance had triumphed; true love had won again.

The girl’s dreams were no longer just dreams. They had come to life. She and the handsome prince flung off the old, sad spell forever. And then one bright day while the world looked on and smiled, they were married. And they lived happily ever after.

But this story doesn’t end there at all.

Because once the prince and princess were married, they became just an ordinary man and woman. I bet you were as surprised as I was to find that out.

And can you guess what the ex-princess is doing now?

Well, this very morning you can find her standing in the middle of an aluminum and tiled kitchen with detergent suds on her hands and her eye glued to a bottle of formula heating on the stove. You can hear a baby crying in the next room, and observe with ease that even the nerves of an ex-princess can grow a trifle ragged at the edges.

And yet, while little bubbles begin to rise in the bottle on the stove, she stops for a moment, stands quite still and dreams again, the old dream, the old longing.

She thinks of the young prince. His hair still curls like a little boy’s—but he is no longer a boy. He is a man!

A man who, just minutes ago, left the magic portal of their castle with two empty milk bottles in his hand and his lady’s farewell message locked in his heart: “Don’t forget to stop at the drug store for the baby’s vitamins.”

The girl with the emerald eyes has discovered what all women find out sooner or later: Living happily ever after is much harder than falling in love.

Guess who was who!

Maybe you’ve guessed by now. If you haven’t I’ll tell you anyway. You. my darling, were the shining knight who drove out the dragon. And I was the lost princess, pining hopelessly in a dark tower of loneliness.

It may surprise you, dear knight-on-a-charger, to find I think of such things at 9:00 A.M. before finishing my second cup of coffee or picking up the paper to decide which recipes to clip for future dinners.

I wonder, do you ever think of such things too?

My reason is simple: This morning, you threw on your raincoat, picked up the milk bottles, walked out and closed the door.

At that moment, somewhere deep in my romantic heart, I distinctly heard a long, sad, wistful sigh. The sigh, well, I guess it came from the girl who used to dream of the knight who would charge into her life one day bearing a golden banner emblazoned with the promise: Romance Forever! Romance Above all!

You see, my prince of romance forever, you forgot to kiss me goodbye.

Now, I do not consider myself the typical “little woman” who looks like the plump, naggy, oppressed creatures so well known to magazine cartoonists (are their wives really like that?). So what if the long, worshipful embrace of first love has been somewhat watered down to that Symbol of harried, hurried, married life—the morning kiss.

But even a little kiss is a kiss. Every kiss counts. And a kiss is something wives are entitled to get from husbands. Obviously, I missed that kiss.

The truth is, once you say the words, “And they lived happily ever after,” the prince and princess do not remain blissfully locked in each other’s arms with smiles of adoration frozen on their lips.

Diapers, vacuum cleaners and canned vegetables have changed all that. Furthermore, I am not sure how storybook lovers ever did as well as they did without those things to leave a little time for love.

Love in a vine-covered penthouse has to wait for elevators, take the children out to the park even on a gray winter day, run out of butter when important guests are on their way to the table.

Love has to stand and grin when the world stares, criticizes, pokes at chinks in armor that has grown slightly rusty in spots.

Love has to change like a chameleon when the prince and princess go through that absolutely essential process called maturing which develops from paying endless rent bills, inviting relatives you hate, taking turns to check the baby’s temperature at three in the morning and help him blow his nose.

Love is something you fail into fast, but grow into slowly.

That dreamy girl I used to be knew about storybook love, all right. Then, after ten minutes in front of a Justice of the Peace and the words “for better or for worse,” her storybook lover—the one she would have sold her reputation, her life, her soul for—was hers alone. There were no more dragons, no more witches or fairy godmothers to make or break spells. Just each other. Just man and wife.

The world had other things to do now that they were wed. The world had to find a new prince and princess to weep and ooh and ahhh over.

What husbands are for

But the ex-princess is no dope. Between sighs, I will tell you a few of the things she’s learned—with alternate joy and pain: She has discovered, mainly, what a husband is for.

A husband is to be seen and heard and loved.

A husband is to be kissed whenever possible—even in front of his mother or (this is hardest) when he is angry at his wife.

He is to be viewed by a wife with two sets of lenses: one that reveals a man with lines of fatigue and annoyance around his eyes as he walks in out of the rush hour crush; the other, pink-tinted, that shows a proud prince, still brave and strong, with head held high and shoulders granite-firm, ready to take on any opponent.

He is to be told that the children take after his good traits.

He is to be flattered—even when you have to hunt for a reason.

He is not to be made to wear blue ties, if he can’t stand blue, no matter how well it brings out the color of his eyes.

He should be encouraged—even when you think the dream he’s pushing that particular day probably won’t come true.

He should be tricked into thinking you can still look ravishing by 6:00 P.M.—even if you have to rush to a mirror, swoosh a comb through your hair and put on lipstick five seconds before he walks in the door.

He’s to be told something nice you have thought during the day that has nothing to do with bills, budgets or diaper rash.

He’s to be told you love him at least once a day and pampered like the children you give most of your attention to.

He is never to be ignored.

He is to be sat down with, on the couch, the two of you alone, for some few delicious moments of privacy (which you have cleverly managed to wangle from each day’s hectic schedule).

Most of all, he is to be congratulated for staying married and making “ever after” his goal.

Well—the list is long and hard—especially for a girl who used to dream of knights. I’ll confess—sometimes it’s very hard for me.

But I try and I’ll keep on trying, my dear knight with armor that remains remarkably bright through the years (thanks only to a touch of silver polish now and then)—if you try, too.

Maybe it will help if you keep a few of your own daily reminders crumpled in the pocket of your sport jacket for handy reference.

What wives are for

Because a wife, like a husband, is for lots of things.

She is to be touched often—if only the gentle brush of a hand across her cheek—for no special reason.

She is to be glanced at, with a little thoughtful smile, mostly when you are busy thinking of something else.

She is to be forgiven for losing her temper when you blandly remark that “the vegetables are burned again,” because she may have needed someone to lose her temper on at all day.

She is not to be compared with a little girl, even though she calls up her mother to find out why the cake flopped.

She is to be told she is a wonderful, patient, beautiful mother and wife, and she will love you all the more for lying so earnestly.

She is to be held and kissed in the evening, as tenderly as the children she has rocked and comforted all day.

She is to be reminded, for both your sakes, that once there was a prince and princess who lived only for love, and maybe they are not so far in the past as one might think.

You see, to me you are still a prince, with golden hair that curls like a little boy’s. You are the promise and fulfillment of love ever after. You are marvelously handsome in the morning after three hours sleep—even with your eyes half shut and your bathrobe on inside out. You are a knight whose underwear must be folded, socks sorted and shoes forever picked up out of the middle of the floor.

As for the poetic wraith of a girl you pursued and won, she will always have hair that gets straight in the rain, a voice that gets sharp under strain and eyes that get red after midnight without a nap in the afternoon.

Even if the baby is still crying and the formula boiled over ages ago, the important thing is . . . I love you more than ever.

Paul is in 20th’s “Adventures of a Young Man.” He stars with Joanne in U.A.’s “Paris Blues.” Her next film is “The Chalk Garden,” Universal-International.