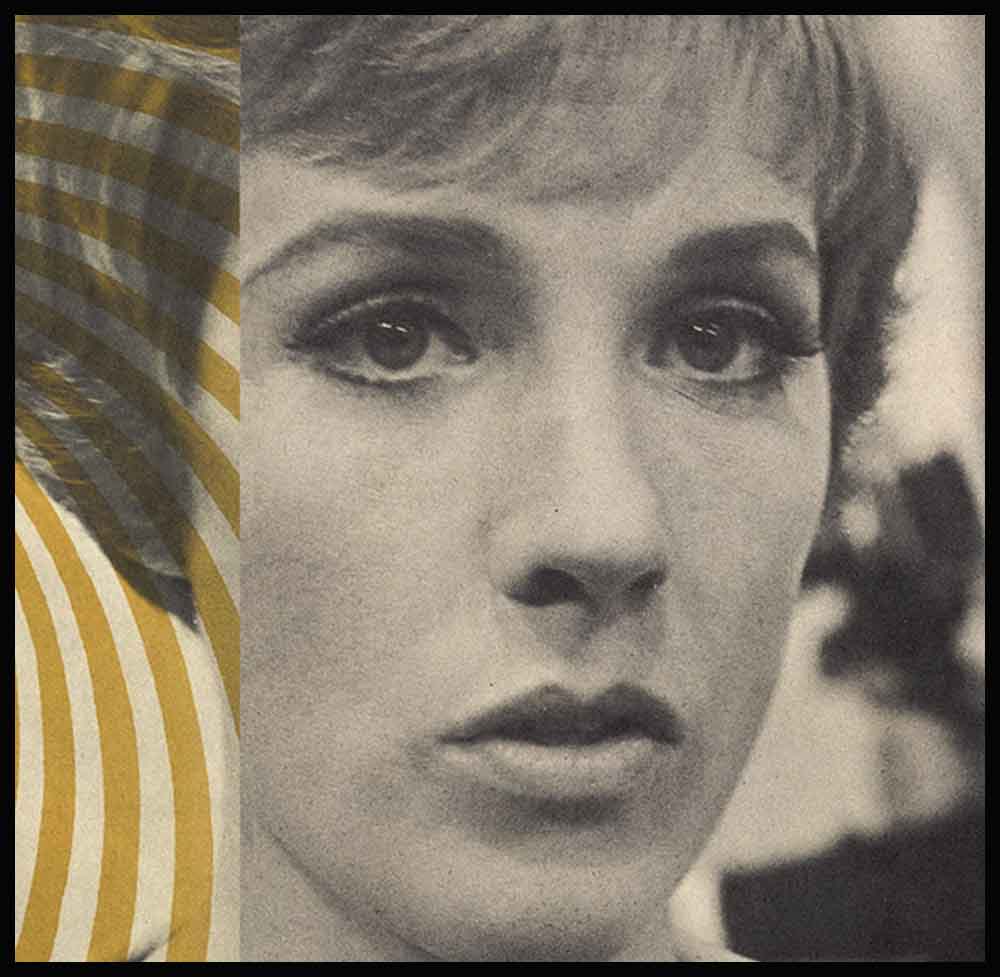 Making the transition from mirth-filled musicals to action-packed dramas is not as easy as some professionals would like you to believe. When Doris Day was called upon to about-face from her frothy portrayals for Midnight Lace in 1960, the strain and the sheer terror of the role nearly ground her into a State of nervous exhaustion. She swore she’d never do another chiller. Now Julie Andrews faces a similar danger. After the gruelling months on a steamy location for UA’s Hawaii, Julie returned to Hollywood and the lead in Universal’s Torn Curtain, a Hitchcock chiller. She assumed the part without any rest between assignments; she had been away from husband Tony Walton for many weeks and was again being harassed by divorce rumors; she looked tired and drawn. But she was quickly thrust into the demands of the Hitchcock opus. Her hair was done frosty blonde to give her the right look required for the script’s sexy scenes; and she immediately had to prepare herself dramatically for the highly charged suspense characteristic of the Hitchcock technique. “I am trying very hard to become a good actress,” Julie says. Her future agenda will afford her every opportunity to prove it. Yet Julie is so booked up (The Public Eye, The Gertrude Lawrence Story, Say It With Music) that there seems little or no time for Julie the woman.