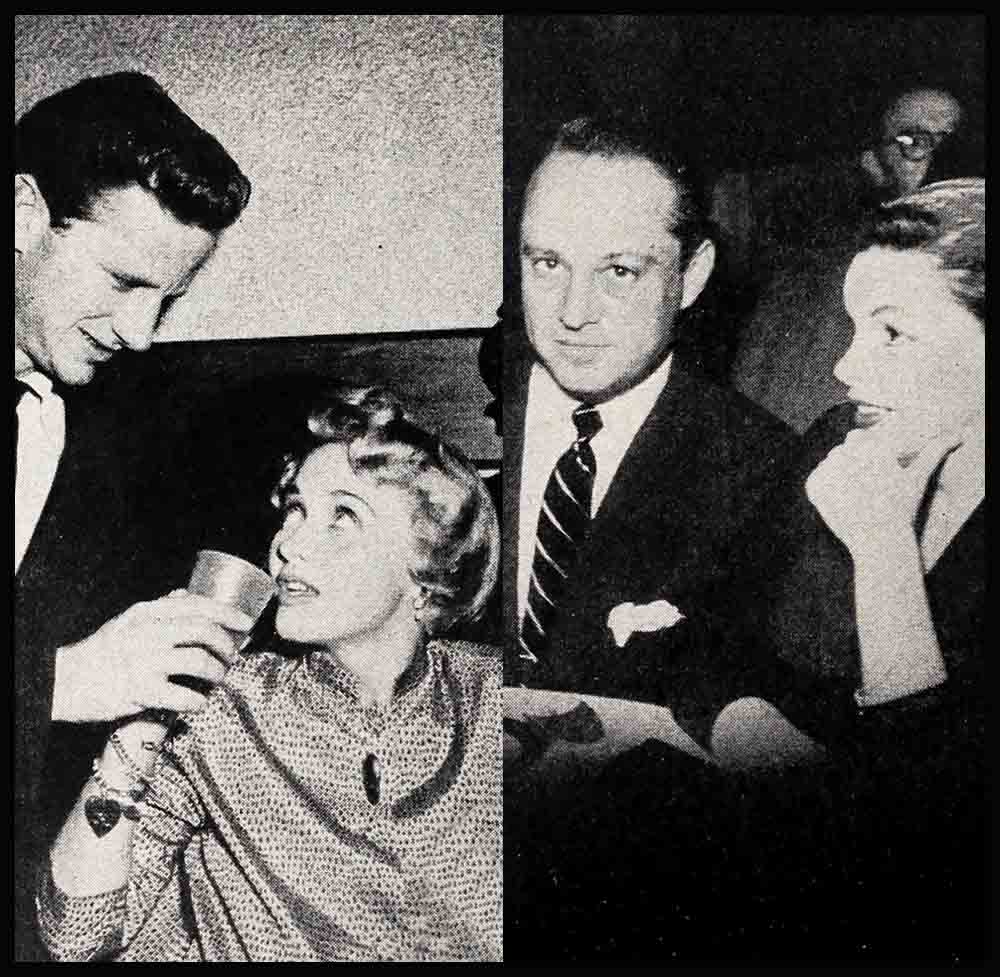 JANE POWELL always has been a girl whose prayers get answered. So, when she announced months ago that she hoped her second baby would be a little daughter, those who know Janie best were pretty sure she’d get her wish. And she did! Geary, Jr.’s kid sister, Suzanne Ilene, made her bow on November 21. And Janie’s been crooning her happiest lullabies.

The Santa Monica hospital where Suzanne made her debut was abustle with the news. And the first callers (outside of her pop, Geary Steffen) to welcome her in person were Liz Taylor and her husband, Michael Wilding, who were more than casually interested in babies themselves at the moment. Suzanne had done little more than catch her first breath in the world when Mike and Liz stopped by to coo at her through the glass partition.

Mother and daughter are doing just fine now, thank you—and both Gearys—Senior and Junior—think it’s fine to have a couple of charming gals around.

JUDY GARLAND—one of the prettiest babies on record, herself—has the knack for producing baby girls who look just exactly like her. Liza Minnelli, Judy’s five-year-old, is a dead-ringer for her mom—and now along comes Lorna Luft, who’s another carbon copy of them both.

If Lorna is the kind of little baby who believes in omens, she might find a significant one for her own future in the picture her mom contracted to make while she was waiting for Lorna to be born. Just before Judy went into the hospital. Sid Luft (he’s her agent as well as her husband, you know) and Jack Warner signed Moss Hart to do the musical version of “A Star Is Born” for Judy. It’s to be chockful of wonderful songs—and neither Baby Lorna nor Mother Judy could ask for a more exciting “welcome-to-the-world” gift.

Judy will be hard at work on the movie—the first she’s ever made for any studio other than M-G-M—just as soon as she’s strong enough to he up and about.

But the chief concern in the Luft household now is not Judy’s career—as important as that is—but the health and welfare of both Judy and Lorna.