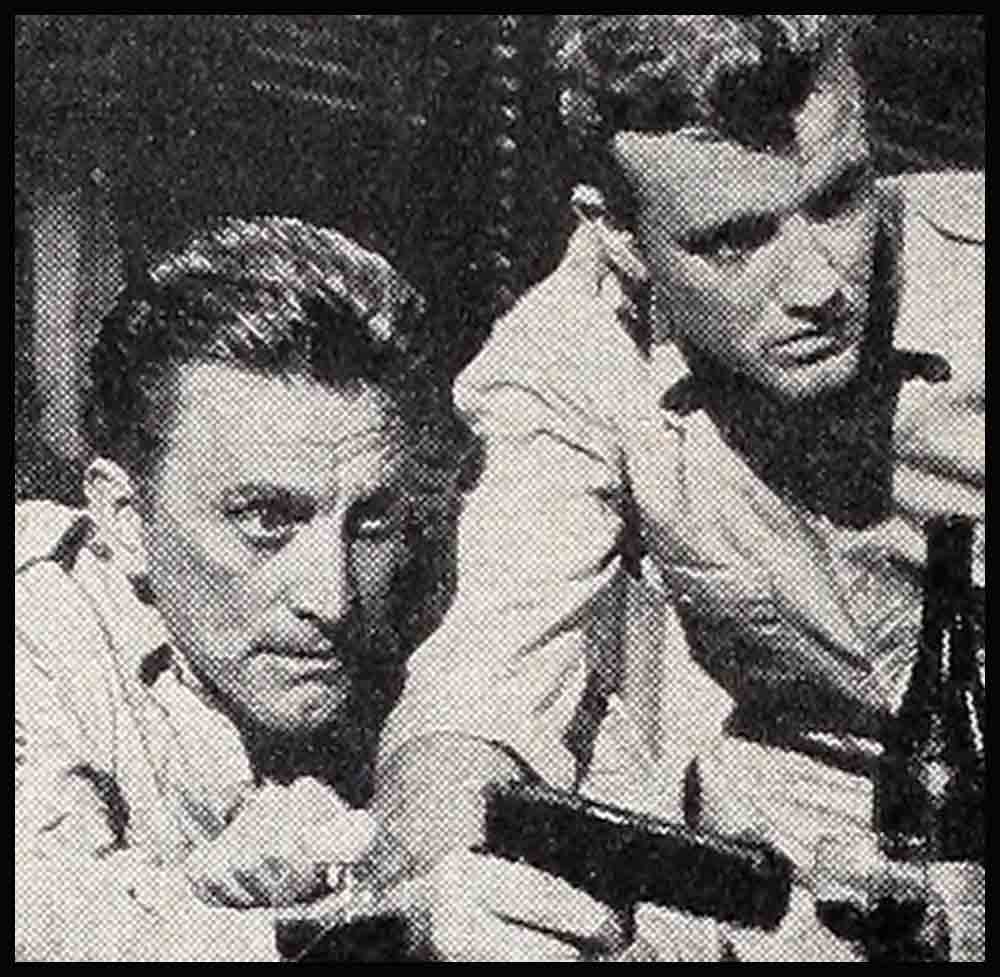 WHAT’S IT ABOUT? Through the last day of Gandhi’s life a young fanatic eludes the poliçe. who know of his murder plot.

WHAT’S THE VERDICT? With such a naturally powerful theme. with such authentic backgrounds. it can’t help holding some interest. Horst is splendidly fiery, and the other leads act with equal conviction. But, except for J. S. Casshyap as Gandhi, they aren’t Indian. Can you imagine an Indian film about the death of Lincoln?

A CHILD IS WAITING

WHAT’S IT ABOUT? A new teacher at a boarding school for retarded children focuses her love on one small boy.

WHAT‘S THE VERDICT? A warm-hearted and dedicated film, it faces a tragically common problem with honesty. instead of sentimentality. Since Bruce Ritchey is the only actor among the children, their scenes are true, sweet—and hard to take. Sympathetic as Judy’s role is. Burt’s motive in hiring this woman isn’t too clear.

WHAT’S IT ABOUT? Marrying an officer of Napoleon’s, an earthy Parisian laundress rides the tidal wave of triumph.

WHAT’S THE VERDICT? Here’s an oddity: two-thirds awkward, spectacular bore; one-third charming, ironic comedy. If you put up with all the straggling battle scenes, you’ll arrive at an amusing picture of the self-made emperor’s court. Lusty Sophia is the only dubbing artist who does the English dialogue smoothly.

WHAT’S IT ABOUT? At a sanitarium run like a school, two disturbed teenagers help each other toward health.

WHAT’S THE VERDICT? Beautifully quiet and earnest, this intimate story sends a shaft of understanding light into the dark world of emotional illness. Though Keir and Janet play psychotics, they’re so winning that an average person can feel with them. But is romantic love a real cure-all?

WHAT’S IT ABOUT? In the Korean war, three GI’s differ violently when they’re ordered to do away with a prisoner.

WHAT’S THE VERDICT? The clash of personalities and ideas is as exciting as the physical action in this slickly expert movie. Robert (handsomer than his late father) is fine as a kid with a conscience; so is Nick, as an unpredictable alcoholic. Kirk’s role, though, is somewhat blurred by the film’s lapse into over-optimism.

WHAT’S IT ABOUT? The genial whims of a some-time drunk delight his little girl but exasperate her mom and big sister.

WHAT’S THE VERDICT? Based on childhood memories of silent star Corinne Griffith, this comedy has the fuzzy, rosy, rambling quality of a family chronicle, set comfortably in a small Texas town of about fifty years ago. Jackie Gleason enjoys being just too lovable for words, and little Linda is a rather mannered actress.

WHAT’S IT ABOUT? Believed dead in an air crash, an American ne’er-do-well has his Italian wife collect insurance.

WHAT’S THE VERDICT? Following up on his “Psycho” hit, Tony revels in another chance to play menace. His general orneriness and the ingenious swindle that he plans provide some suspense and entertainment. But there’s no distinction in the movie’s approach, and Sophia is too strong a personality for her role here.

WHAT’S IT ABOUT? A mystic friendship gives brief happiness to a deserted child and a young man with amnesia.

WHAT’S THE VERDICT? Telling its story with a superbly handled camera, a French film reminds us that movies can be the international language. Speaking directly to the heart, it suggests more about the relationship between Hardy and young Patricia than it actually says. Its mood of sadness only accents the beauty.

LOVE IS A BALL

WHAT’S IT ABOUT? Visiting the Riviera, a rich American girl becomes target in a neatly planned fortune-hunting scheme.

WHAT’S THE VERDICT? If you’ve missed the old-style romantic comedy, with lots of sumptuous clothes and luxurious sets, here it is again, with mild chuckles and no sordid reminders of reality. Glenn’s upstanding hero and Hope’s madcap heiress are familiar figures, but Boyer and Montalban strike a few happy new notes.

It is a quote. PHOTOPLAY MAGAZINE APRIL 1963