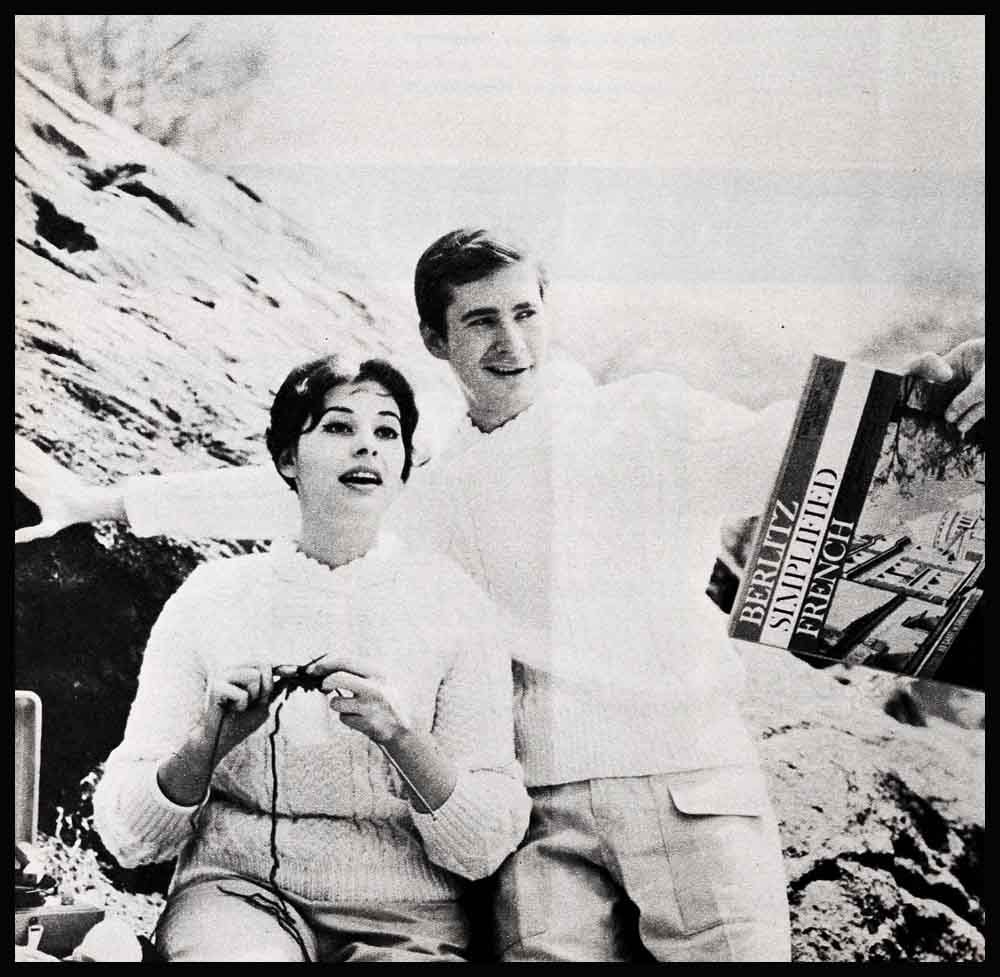 What Makes A Woman Interesting?

1 “What makes a woman interesting? The fact,” says Tony Perkins, “that she is a woman and can do things a guy could never do. I’m always jolted when Ina Balin (Tony’s current favorite) can take a ball of yarn and come up, weeks later, for fall with a sweater that actually fits me.”

2 “Girls complain that we guys are only interested in cars, westerns and baseball. Maybe. But lots of guys think girls only talk about clothes, dates and gossip. (Don’t get me wrong. I’m just repeating!) But I’d be game to studying some French verbs under a tree in the park.”

3 “It’s a primitive instinct, going way back to caveman. A guy wants to be the hunter, find his mate and drag her home (or to the altar) by the hair! A girl should never show she’s hunting—even if she is. She’ll panic her prey. And remember: when in doubt, just curb your enthusiasm.”

4 “Fellows clown around a lot. And it’s true girls are more socially aware. But we really like it that way. A guy, deep down, respects good manners. And sometimes, a guy waits for the girl to set the mood.”

5 “Mystery—it keeps a fellow guessing. But let’s not kid ourselves, we men. We talk about opposites attracting, but when we get down to facts, we look for a girl who feels the same about things as us. By mystery, we mean surprise—like a new hairdo.”

6 “Girls are always being told—don’t let your IQ show. But not by guys! What guy wouldn’t honestly be interested in a good book, a new record? A lot depends, though, on how the girl suggests it.” Suggestions: “Act One” by Moss Hart; “Kiss Kiss” by Roald Dahl; “Johnny’s (Mathis) Greatest Hits” (Col.)

7 “You can’t even remember telling her; she just tuned in on it herself. But when she says after a movie, come on in for a snack and cooks up your favorite sandwich, well you feel pretty big.” (Tony’s: Crisp bacon, between American cheese on rye buttered on the outside and toasted in a pan till the cheese starts running.)

8 “I’d say flattery helps a guy’s ego. A woman is really in charge of a man’s ego because he depends on her more than anyone else for a feeling of manliness. I guess, in the end, an interesting woman is the one who can make a guy feel, ‘Boy, am I interesting!’ “

Help yourself be more interesting! Combine all the above eight tips and knit a HIS and HERS sweater like Tony’s and Ina’s. For free Coats and Clark directions, send a long, self-addressed stamped envelope to Photoplay, Dept. PY, 205 E. 42nd St., N. Y. 17. N. Y. Tony stars in “Psycho” for Paramount and “Tall Story” for Warners. Ina’s in “From the Terrace” for 20th. Her slacks by Jack Winter.

It is a quote. PHOTOPLAY MAGAZINE AUGUST 1960