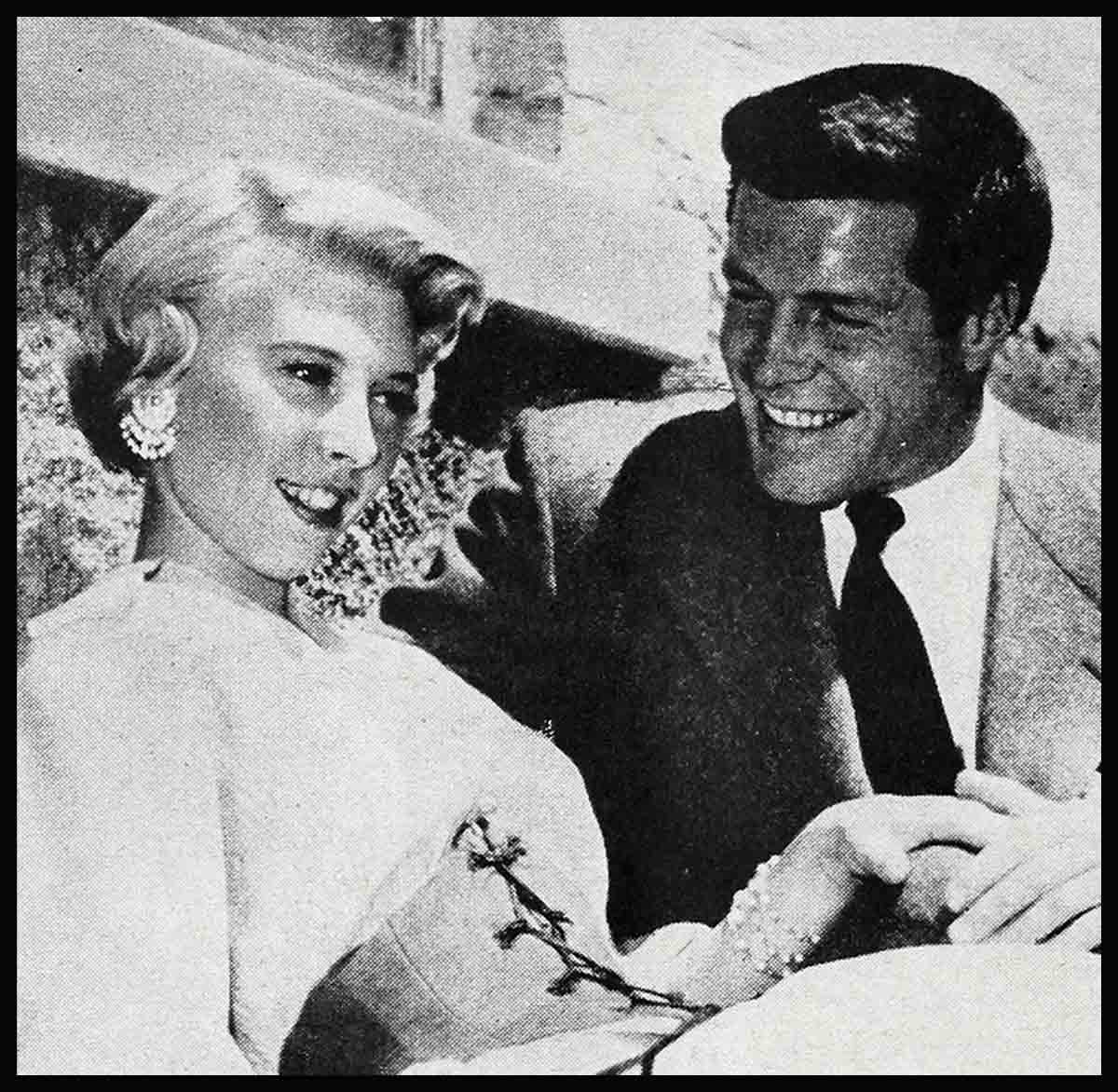 When people discover they don’t like being away from each other, there’s only one thing to do—arrange life so they don’t have to be. And that’s just what Barbara Ruick and Bob Horton lid, by the simple expedient of eloping.

They had known for months that they wanted to get married, but it took their being separated to cinch the plans. When Barbara went East last summer for some personal appearances, Bob’s farewell gift was an amethyst engagement ring. And when she returned on August 18, they knew that being engaged wasn’t enough. That’s when they started to map out their elopement scheme.

The day after Barbara returned, they called all the members of their respective families and, on one pretext or another, asked each to reserve the evening of Monday, August 24. Nobody guessed a thing. As late as Friday afternoon, Barbara’s business manager was able to say flatly that there were no marriage plans “at the time.”

And the night before “the day,” Barbara and Bob calmly ate dinner with Barbara’s father at Mocambo. They were very casual about their leave-taking, considering that they were on their way to Las Vegas—a six-hour drive—and marriage.

They drove through the night and stood in line at Las Vegas to get their marriage license at nine in the morning. “After that, we sat down and talked—I guess for a couple of hours,” Bob said. “About personal things. Including the butterflies in our stomachs. And about what we were doing. We had both been married before, you know. That’s one reason we wanted to avoid a lot of fuss. And besides, eloping made it entirely our own. Sure, we wanted to share our joy with our families—but afterwards. The vows were just for us.”

They exchanged old-fashioned wide, gold wedding bands in the chapel of the Flamingo Hotel at 5:00 p.m. on Saturday, August 22.

Immediately after the ceremony, they sent wires to their families, letting them know, at last, that what Monday night had been reserved for was a wedding dinner. They arrived back in Hollywood late Monday afternoon, barely in time to get things together for the intimate party it was to be.

Their plans at present are indefinite. Barbara may do a Broadway musical. But whether she does or not, there’s one thing Mr. and Mrs. Horton are unanimous about: they’re not going to be separated! If one is working and the other isn’t, the idle one goes wherever the working one has to be. For, much as their careers matter to them both—and they’re very serious about their professional futures—being together matters much, much more.