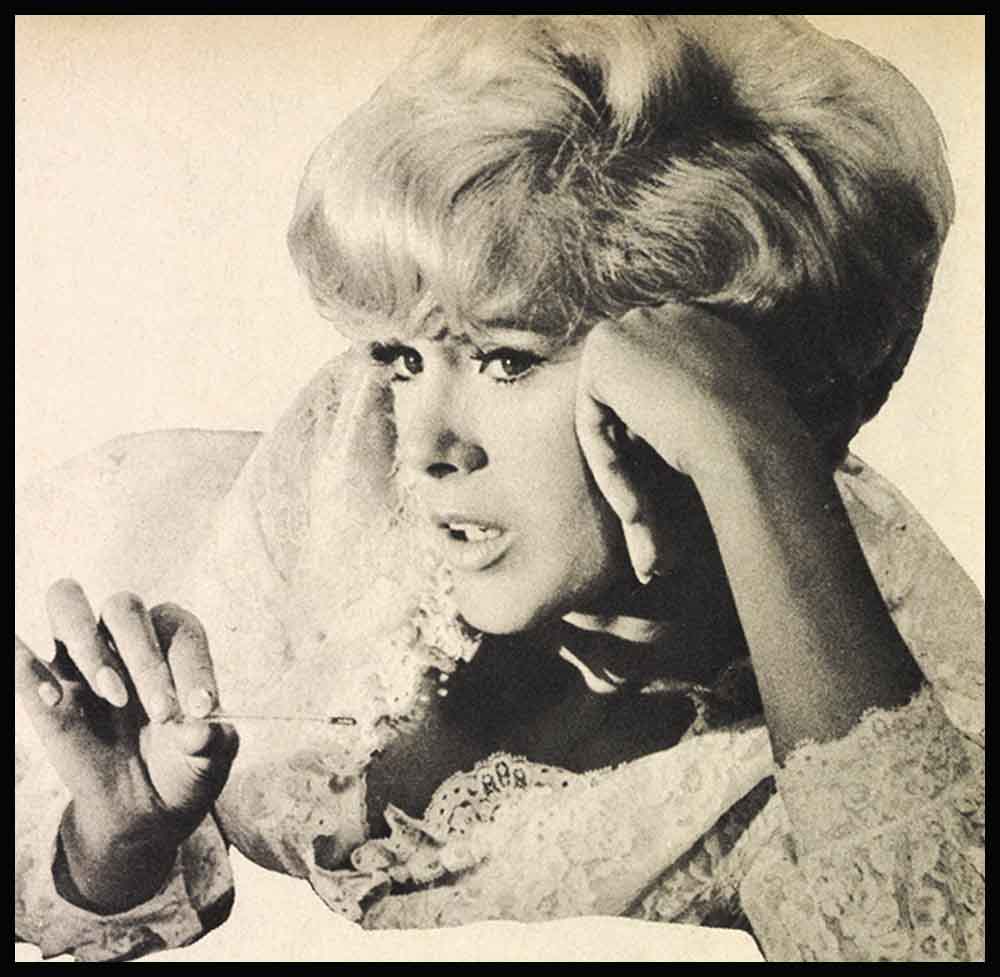 “We’re going to have a baby,” Connie Stevens told her good- looking husband. Then, softly, she added that she wasn’t pregnant yet, but that she “wants to have a baby.” These words were all in the script of Never Too Late, Warner Brothers’ hit comedy. But they were more than just lines to Connie;who played Kate Clinton, the young wife who tries everything to get pregnant—and fails. Although this is Connie’s biggest screen role to date, emotionally it was perhaps the hardest thing she ever had to do; it would have been impossible to forget the fact that she and husband Jim Stacy are in exactly the same position as the Clintons. Because she had actually experienced Kate’s plight, Connie put more heart into her role than is ever required of an actress.

The Stacys went a step further than the Clintons and tried to adopt a child but the agency backed out at the last minute. Not being one to cry outwardly, Connie keeps her true feelings about the child she prays for bottled up inside. However, just as Never Too Late ends on a happy note, Connie, too, was optimistic when she said recently, “We’re still hoping.”

Connie and Jim usually attend most charity functions; they even put some money into a Home for retarded children. Married since Oct. ’63, they’ve had their “ups and downs” but their love is stronger than ever.