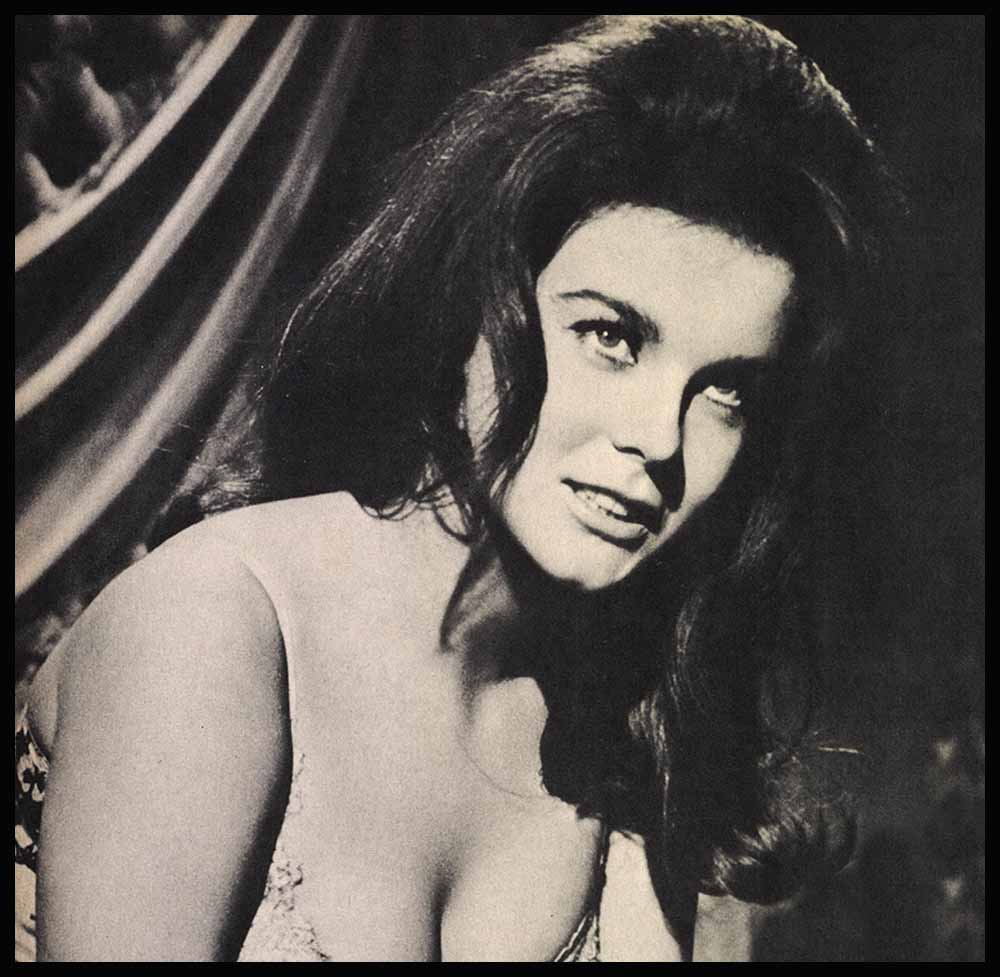 Over the year Barbara Parkins has learned the tricks of the trade and, as a result, Ann-Margret has met up with someone for the first time who could put her oh her pedestal. It may just be a coincidence, but it appears Barbara’s purposely trying to follow in Ann’s footsteps, for these two sensuous beauties are becoming more similar day by day. Many things regarding tastes and background they had in common long before Barbara gained stardom via ABC’s Peyton Place—both were born in foreign lands, both measure about 5‘ 4 1/2“ in height, and they both got their big break in show business from 20th Century-Fox.

There are many, many more similarities, but most important are the changes in Barbara’s life that are beginning to coincide with Ann’s. Ann lived with her parents until she took an apartment last year; Barbara, too, stuck close to her mother in the beginning, but she recently got her own apartment. Ann has stuck to her golden rule of not talking about her private life; Barbara, on the other hand, used to give revealing interviews, now, however, she’ll only talk about Peyton Place, bypassing the interesting personal aspects of her life as Ann does. These are only a few of the recent changes in Barbara that make it obvious one of Miss Parkins‘ best roles is playing Ann-Margret; this makes the star battle even more difficult for Ann because she’s being forced to fight her own image.