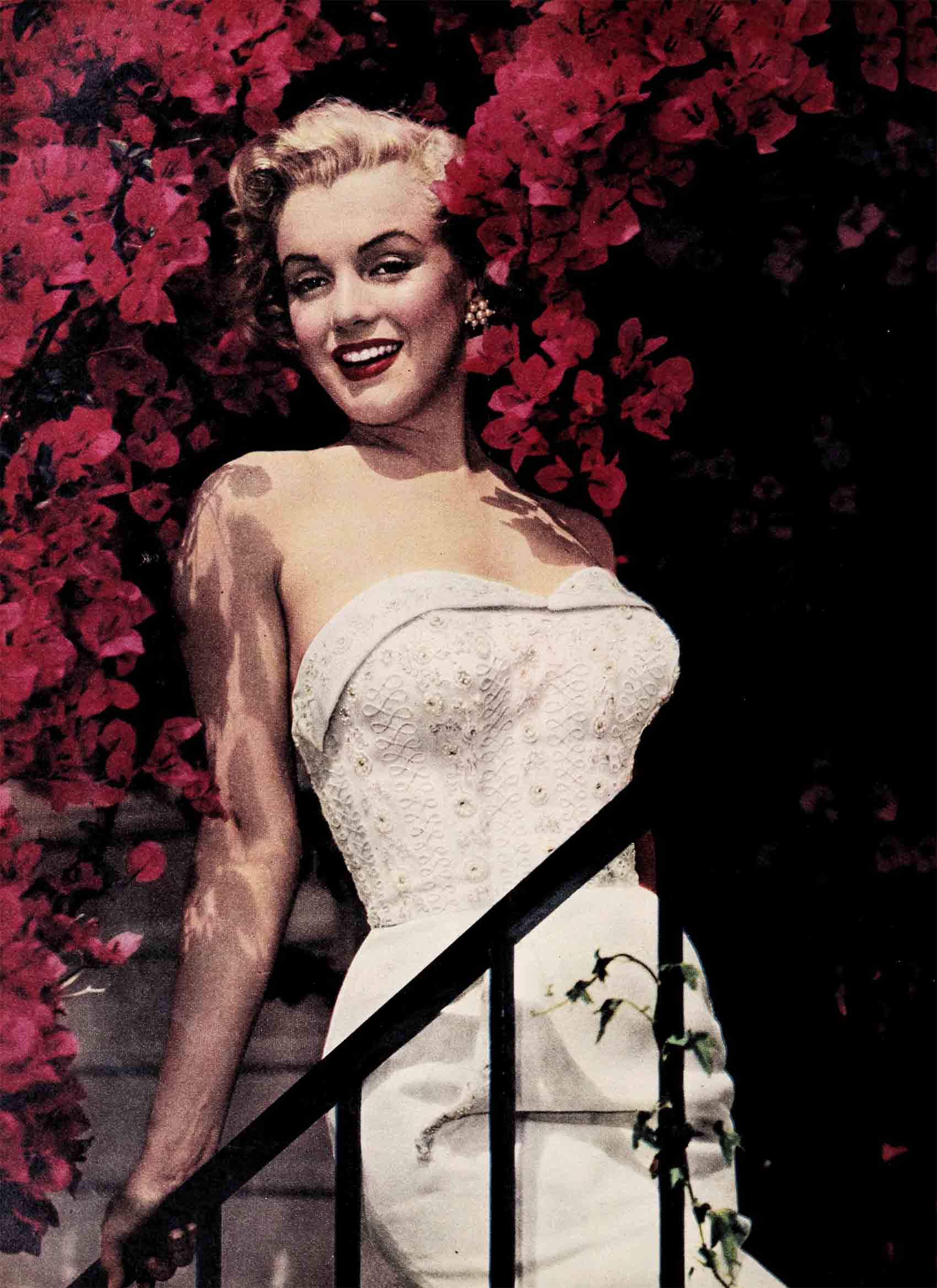 Monroe, the model. Small parts in movies followed. Then, “All About Eve,” changed her appearance—and her career

In Hollywood she found a staunch friend, Sidney Skolsky. “A lonely little girl,” he said, “wanting people to like her”

A blind date—and Marilyn had found her man. Marriage to Joe DiMaggio opened door to secure, happy life she craved

But the door slammed shut. And Monroe was alone again. Joe and Marilyn were divorced. Only her career remained

But her career soared. And when “Seven Year Itch,” above, was finished, Hollywood paid tribute to its brightest star

At a party, Marilyn announces there’ll be a new Monroe, plans to produce own films, do dramatic roles. Above, with Clifton Webb

It is a quote. PHOTOPLAY MAGAZINE APRIL 1955