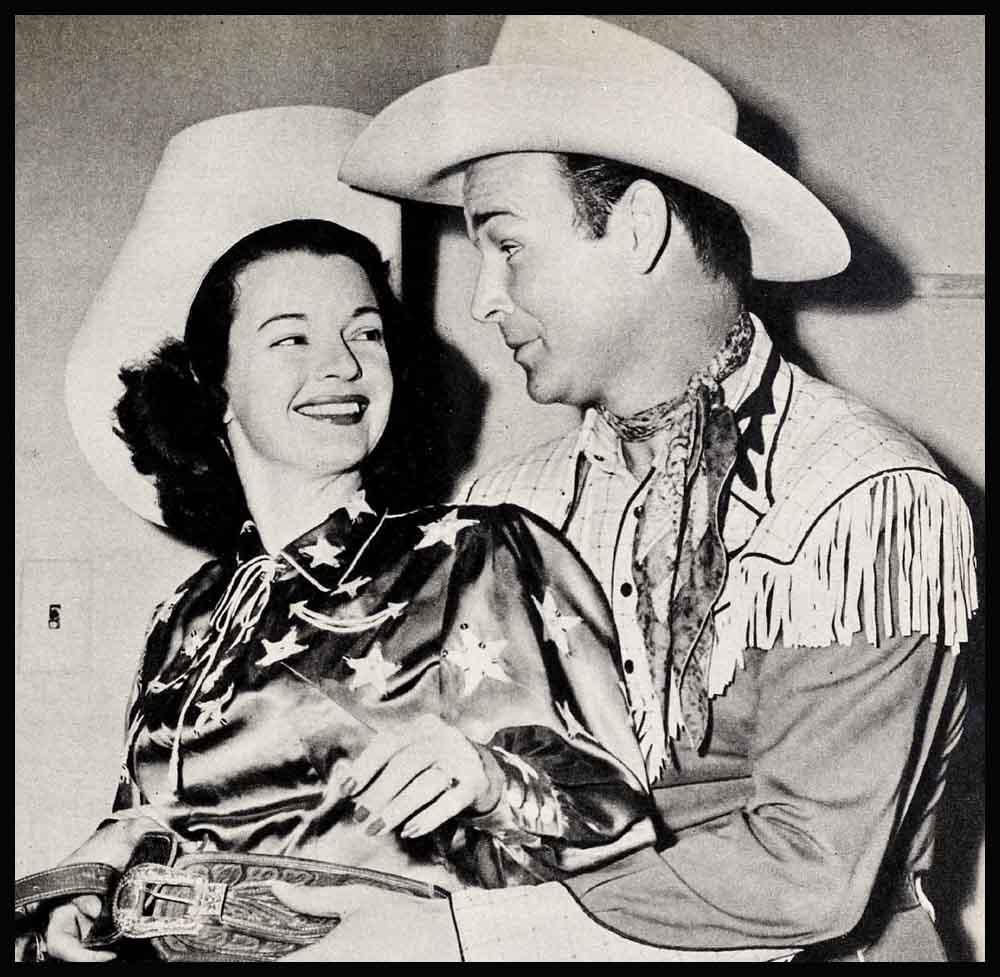 “Get over to the Chicago Stadium,” the boss told me, “and grab some shots of the cowboy and his lady—Roy Rogers and Dale Evans. It’s still a secret, but they’re going to be married the first of the year . . .”

I checked in at the little red door of the Stadium. I’d worked with Roy before, knew his quick smile and helpful cooperation. He made several suggestions about shots and helped me set them up.

Dale Evans was helpful too. She’s a natural brunette now and I like her this way. And watching her with Roy, seeing how they enjoy working and being together, I was glad about the news I’d heard. After all, she’s such an old friend that she’s like a member of the Rogers family. And as my boss said, Roy’s three kids, who are crazy about her, need her to look after them, just as Roy does.

Between shots, we chinned. Roy said he preferred the “two-a-day” to any other kind of personal appearances. The personal appearances that practically every movie star has to make now and then are pretty rugged—often mean five and six shows a day. Rodeo work is only “two-a-day.” Besides Roy feels the rodeo is a more natural field for him as a Western star. Dale, too. So does their public, evidently. The night I was at the Stadium they turned hundreds away. Roy and Dale were returning to Hollywood when the show closed.

They grinned when they told me that. I didn’t let on I knew why. But if you look close at Dale’s engagement finger, you’ll see the star ruby I saw the day I Was There.