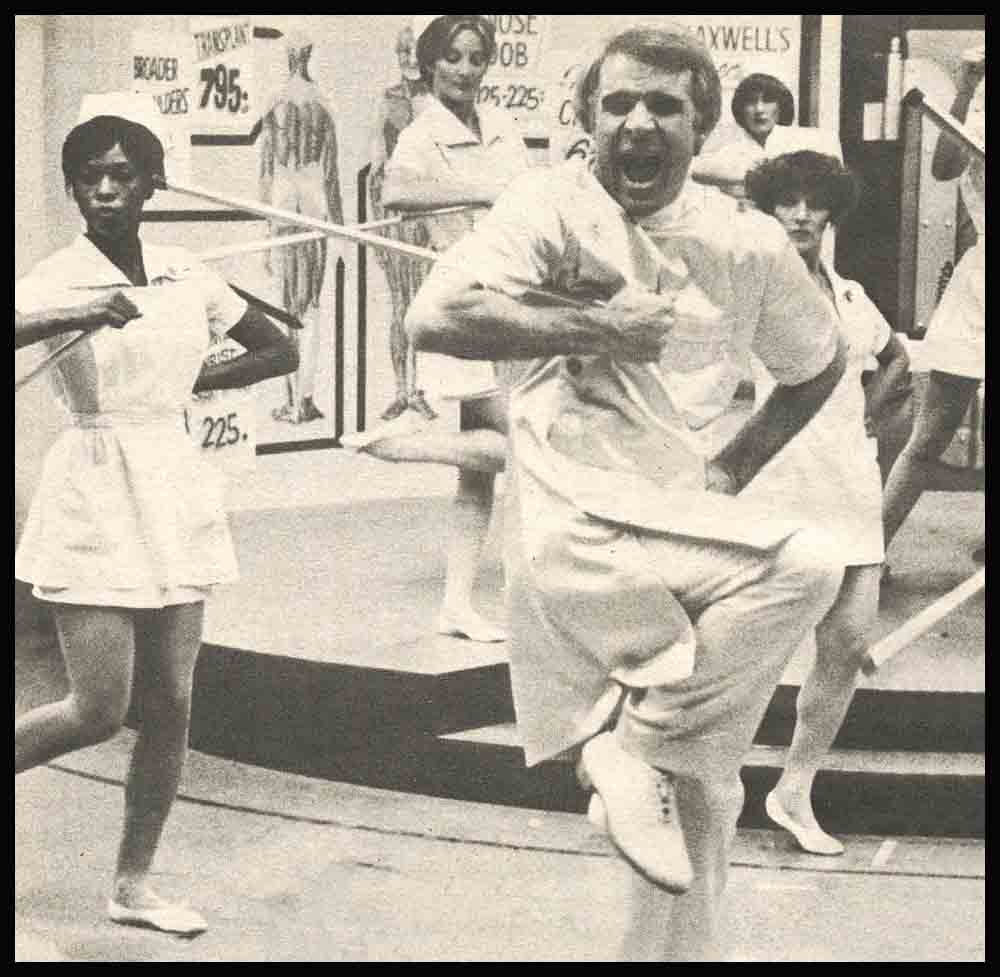 The Method Behind His Madness

Since few things in show business are as they seem, it might not come as a shock for you to discover that madcap Steve Martin is actually more like the philosophy major he once was than the wacky comedy sensation he now is. “It may be schizoid,” Steve confesses. “but I find it embarrassing to be the center of attention in public. It’s like there has always been a ring around me. A couple of people are inside it, and everything else is outside.”

One of the people “inside that ring” Steve sets up around himself is his manager, Bill McEuen. Bill reveals that Steve’s personal life is quiet and reflective. At the age of 33, he remains a bachelor (Bernadette Peters is his current love), but that “he would like to marry if the girl would leave when he feels like it was time—and take a taxi home.” Bill adds that Steve spends many hours in his Aspen home simply sitting back and enjoying his collection of 19th Century paintings. Confirms Martin himself: “With paintings you can be safe—with people you can’t always know.”

Such wariness may appear odd for a man who is making a fortune doing an updated vaudeville-type act, complete with bunny ears and false nose, but ever since he was a kid of 10 working at Disneyland, Martin has been a man of two very separate sides. “I have a split personality,” the comedian concludes. “I like to bring fun to people, but I can’t be ‘on‘ all the time.”

Blending the varied aspects of his personality hasn’t been easy; in fact, Steve had a breakdown 10 years ago. But he bounced back, and learned then that he could manage to combine his comic writing and performing talents with his more subdued inner self. Although Steve says, “My act is about how you have to be completely crazy to survive,” he’s actually chanelled his “craziness” into fun both for himself and for his huge and loyal audiences!