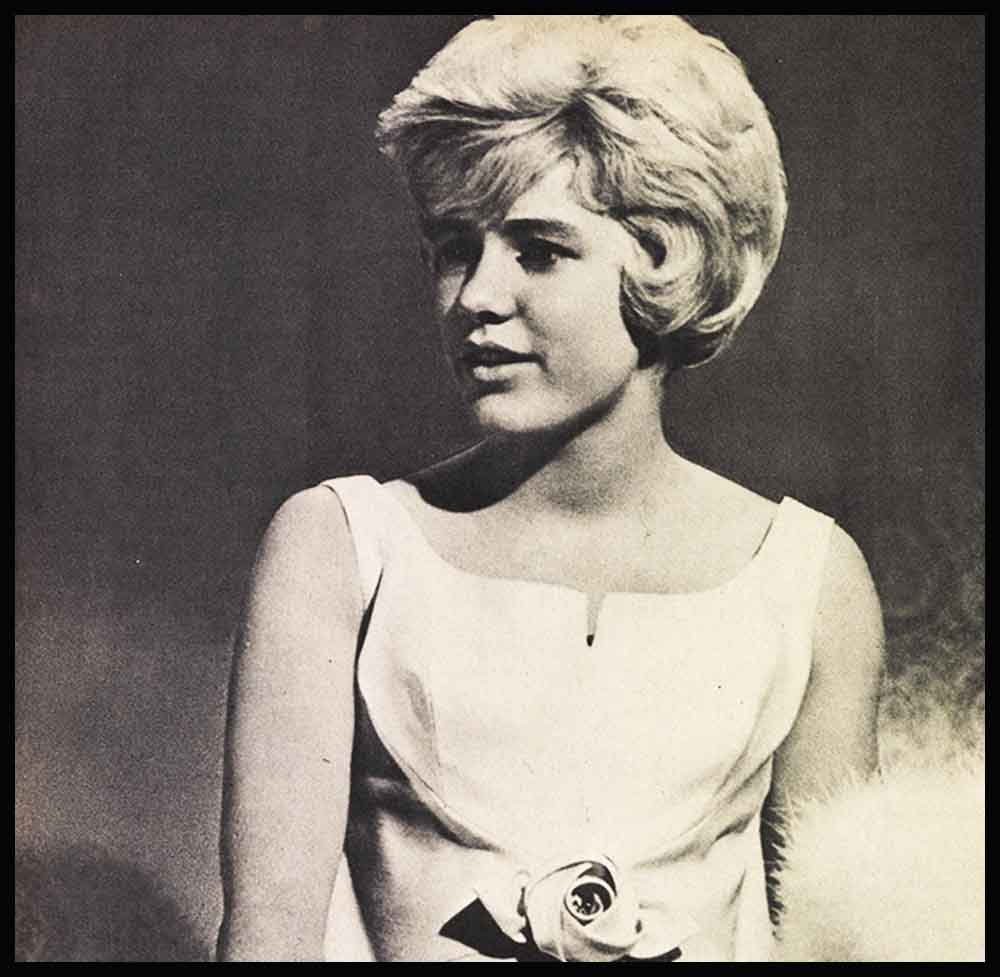 When Patty Duke jumped at the chance to marry Harry G. Falk, an assistant director on CBS’ Trials of O’Brien, like many teen-agers she didn’t think too long about what she was getting into before accepting his proposal. “I said yes before he could reconsider.” They met a year ago when he worked on her ABC-TV’er. “I had a crush on him, but I was just ‘kid-stuff as far as he was concerned.” A clean-cut, collegiate type, Harry is 14 years Patty’s senior (she turned 19 Dec. 14; he’s 33) and has strong ideas about their marriage—ideas that Patty wasn’t aware of when she said “yes” so hastily last October. It was a month before Patty hinted at a wedding date. “The reason we’re waiting so long to set a date is that Harry wants us to live on his salary and he thinks by December he’ll have things under control.” (So they will have tied the knot by the time you read this.)

Patty said this oblivious to the fact that their marriage would be exactly like NBC’s situation comedy Mona McCluskey. Juliet Prowse plays a big star who’s vowed to live on her husband’s much smaller salary. The comedy hasn’t fared well at all and is destined to fade from the screen. Patty could find her marriage is doomed to fail, too, if she abides by her husband’s plans. It will be difficult for her to live on a tight budget when she knows there are millions at their fingertips if only Harry would see things her way. It may prove to be noble on Patty’s part if she can stick to her husband’s salary. But if the going is rough, we hope Patty will find a way to smooth the edges, because her Catholic faith is too strong for her to simply write off her marriage as a youthful mistake and go seek another husband.