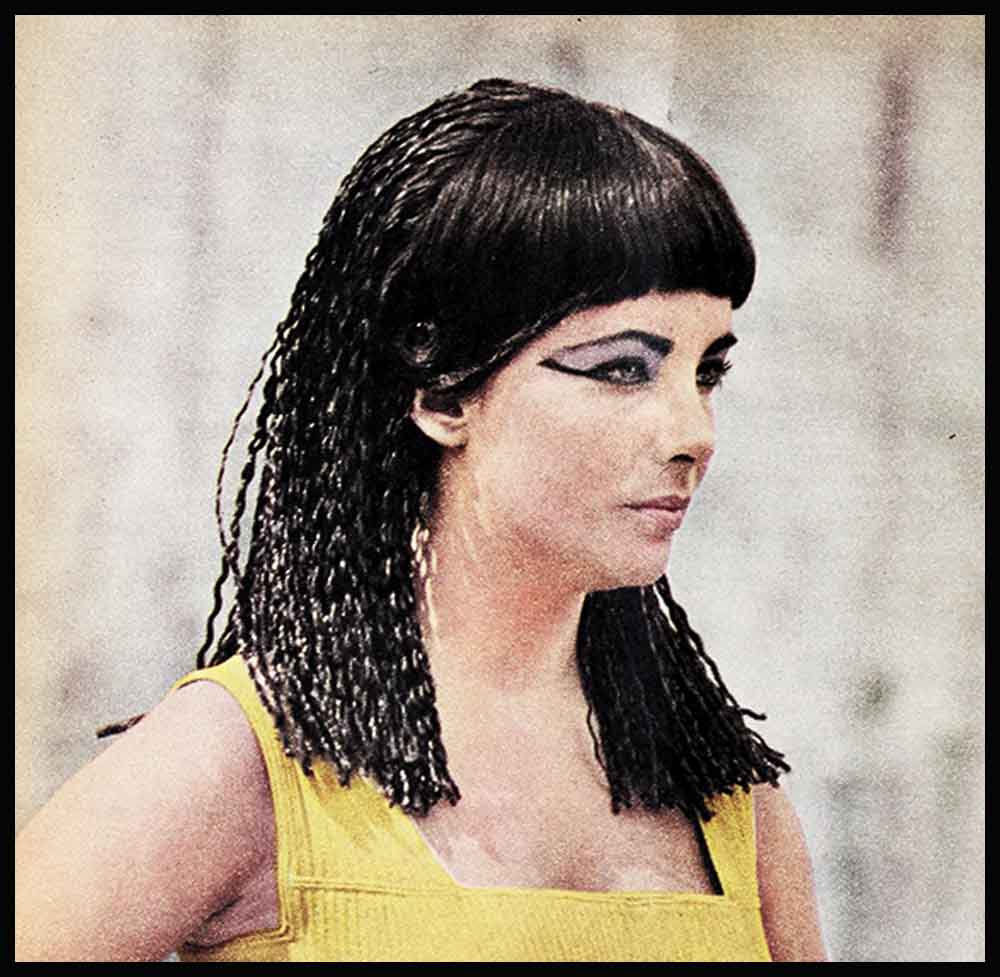 Liz’ Love Deal With The Burtons

It was like a shoddy outline for a second-rate novel in which the hero says, “I need a fling.” Says his wife, “Again? Well, love, just make sure you come home when you’ve flung the fling.”

Says the “other woman” to the wife, “You can have him back when it’s over.” It was a plot. A deal. Except that, in this case, the characters were real. And we and the rest of the world were taken in by them. By Richard. Sybil. Liz.

It’s amazing, when you think of it, how for eleven long months they maintained that this was the Greatest Triangle since Isosceles. How, shamelessly, they carried on, but always with Love on the side of two of them and the guise of A Woman Scorned on the side of the third.

They revolted some people. Titillated other s. Women we know shed tears for Sybil. Lovers we know shouted bravos to Richard and Elizabeth. But it’s obvious now (if all the facts have been told) that it was all a sham—a tiny boudoir comedy—a fraud.

Wrote Dorothy Kilgallen recently: “Everyone sympathized with Sybil Burton when they thought she was always taking Dickie back ‘for the sake of the children.’ But if she’s going to go along with the gag and pretend she believes nothing happened, her ‘image’ will change rapidly . . . For heaven’s sake, she’s really Alice in Wonderland!” She was referring to the incredible interview that both Sybil and Richard had given to N. Y. Post columnist Leonard Lyons at Divonne-les-Bains, a few minutes’ drive from their Swiss retreat in Geneva.

Sybil—and here’s incredible quote No. 1—told Lyons she’d always avoided reading any of the newspaper stories about Liz and Richard “except when I went to the hairdressers. If you don’t sue for libel right away, what’s the use?”

Richard—and here’s incredible quote No. 2—complained to Lyons that “really, the lack of morality in the newspapers is appalling”; assured him that most of the photographs of himself and Liz had been faked; and added, as if to prove his point, “I’d gone one night to a bar on the Via Veneto in Rome with Elizabeth Taylor and a London friend. A photo was taken and published. It showed just Elizabeth and me. I was ‘wearing’ a dinner jacket. I don’t even own a dinner jacket. I’m sure this was a composite photo and the body was Kirk Douglas.”

Incredible? We’ll say! The fact is, we have never seen such a photo. But we’ve seen other photos of Richard and Liz. Of the two without a London friend. Alone, in fact. With Richard wearing lots less than a dinner jacket. In fact, wearing what’s been called a Welsh bikini.

And we scooped the entire magazine world in publishing those same photos (PHOTOPLAY, October, 1962). And if Burton claims they were faked, then we’ll eat the negatives one by one.

Seriously, though—for this is a serious matter—why did the Burtons and Liz Taylor make their deal, whereby Liz and Richard carried on while Sybil—with full knowledge—waited for it to end?

And why was the whole affair conducted so openly—in cafes and Roman night clubs, in a villa in the north of Italy, on a yacht off the south of Italy—while a whole world of movie fans (half of them in their impressionable teens) looked on?

Was it a deal with a gimmick-proviso: publicity for the most costly movie of all time? Some quarters have suggested this, though we doubt it.

Was it a brazen deal, one which cried out, “To hell with the world and what people think—we are sophisticates and we will act as we feel and think!”

Or was it, rather, a pathetic deal be- tween three people who simply thought this was the best way out of a situation which for themselves, at least—living in the high-powered world they live in—could have resulted in tragedy if conducted any other way? We wonder about the last two possibilities. Mainly because each of them is a possibility.

A brazen deal? Why not? At least two of the characters involved have been known for other brazen actions, attitudes, statements. Liz’ famous “Mike Todd is dead and I’m alive” pronunciamento took her out of the Rebecca-of-Sunny-brook-Farm class for good. Burton’s out-and-out relationship with women during the course of his marriage, and remarks like, “I always fail in love with my leading ladies”—these are not the stuff of which a Mr. Peepers is made.

A pathetic deal, on the other hand?

As a friend of the three parties involved, an English actor who asked that his name not be used, told us recently, “They had to do it this way. All three of them are persons of explosive temperament. It was better for them to go along with the game by these rather amoral rules than to play the game with no rules at all—and have chaos result.

“Elizabeth is a woman of passion. To be denied what she wants, when she wants it, might be fatal to her. I needn’t go into personal details about Elizabeth here. I needn’t go into examples of other fantastic Hollywood beauties who have ended it all because they couldn’t get what they wanted. I can only say that Elizabeth’s emotional need was for Burton during the filming of ‘Cleopatra’ and she had to get what she wanted.

“Sybil, too, is a woman of passion. But of controlled passion, restrained. Her passion is for her husband as husband, for her family, her children, her marriage and the hope that it will continue, no matter what. She knows Richard’s quirks. Too, she feels—and this may shock your American readers, but remember, Sybil is a Welsh girl, a European—that the way in which many European marriages survive is a necessarily satisfactory way—wherein the husband is free to go off and do whatever he pleases just so long as he returns when the pleasure shows signs of diminishing. And—knowing this, feeling this—Sybil behaves accordingly. And she watches while Richard goes off. And she waits, very patiently, for him to return to her—knowing all along exactly what the deal is.”

The deal was made in good faith. The parties involved understood the conditions. But now Liz has decided to break the rules. She doesn’t want to give Burton back. And so she’s not about to. If her own marriage could be ignored so easily, certainly a deal, with no legal binding, needn’t seem worth keeping.

As for Sybil, how does she fit into the new no-rules? Friends say she’s not going to give her husband his freedom just because Liz has decided not to live up to the bargain. Every other time Sybil’s. been through this deal her husband came back. As far as she’s concerned, this time he’s just taking a little longer. And Burton? There are two things he wants. Of course he wants Liz. And he also wants his wife to understand that this time—for the first time—he doesn’t want to go back. No matter what the deal, no matter what the understanding. What kind of man would do this? Last month we published Part I of the most revealing article on Richard Burton ever printed.