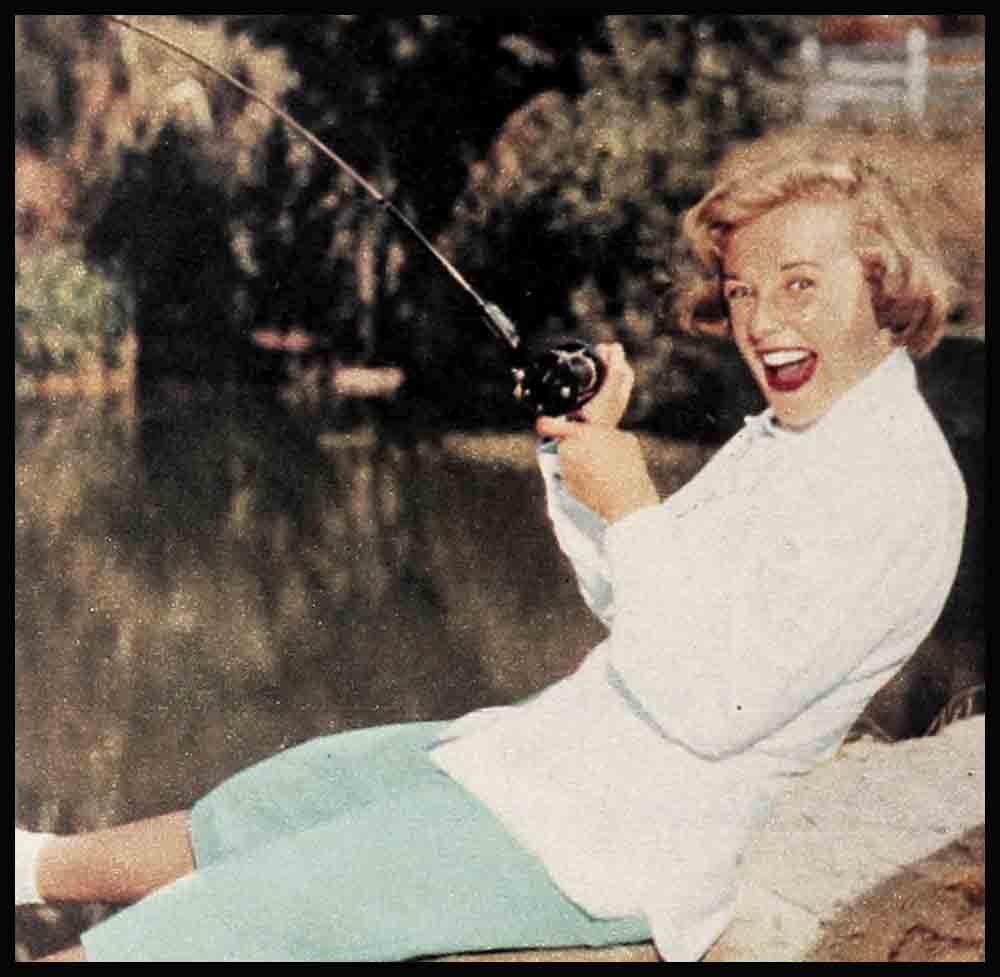 On the fifty-eight acre property which the Dick Powells now call home, a pert figure was dashing around excitedly. There was so much to show the photographer—the private lake, the cows, chickens, gardens and—”smell that fresh air!” she’d keep saying, wrinkling her small nose. The new house will be hidden in one of the canyons of the Santa Monica mountains—but the living won’t be rugged. Between picture chores—June’s latest are “Battle Circus” and “Remains to Be Seen”—the Powells expect to be very busy from now on, settling into their new home, “country style”