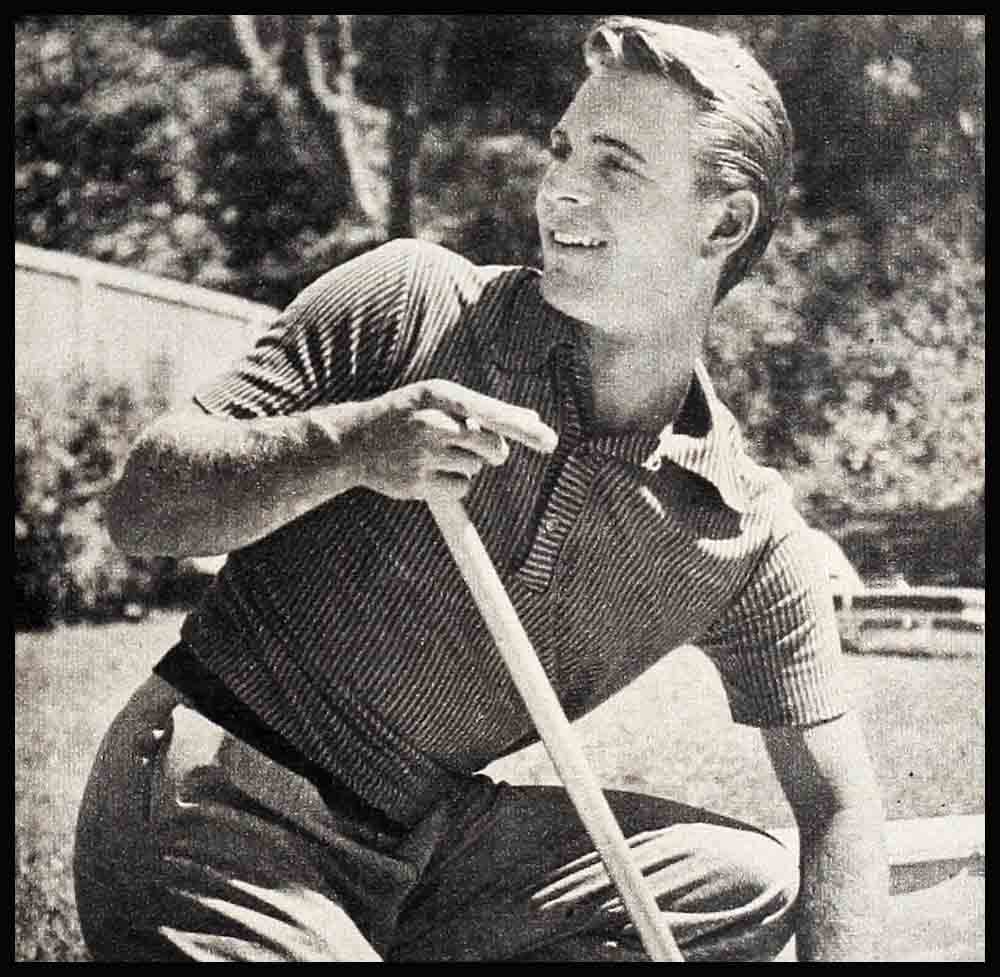 CRAIG HILL was trying out for a part in a play at Laguna Beach, California, when agent Henry Willson said those magic words, “How would you like to be in pictures?” Craig said he most certainly would, and Willson said, “You’re a cinch.”

But it wasn’t so easy. Craig had managed to save up a nest egg of a thousand dollars with which he had planned to finance a stage fling in New York. Many months and many interviews later he was down to his last few dollars when Willson took him to see Director Walter Lang who was looking for a “typical American boy” to play Jeanne Crain’s boy friend in “Cheaper by the Dozen.” Craig got the part, and he also got a long-term Twentieth Century-Fox contract. Since then, he has played in six films, and won critical acclaim for his skill as Lieutenant Aldrich in “What Price Glory.”

Craig is unmarried, but he goes steady with a nonprofessional. He lives in a small bachelor apartment, cooks his own breakfast and often his dinner—but he draws the line at bed-making. “I made all the beds I ever expect to make in the Navy,” he says. He likes mountain-stream fishing, but not surf fishing, and all music except be-bop. He’s an expert at all the water sports, but these days, his greatest enthusiasm is for skiing.

Craig’s family moved to Laguna Beach when he was two and he grew up there with the Pacific Ocean as his front yard. He attended the University of Southern California and served one year as Seaman First Class with the U.S. Navy—then decided that he would be happy to follow the sea the rest of his life. He asked for and received an appointment to Annapolis. But after a year he changed his mind. “I realized,” he says, “that deep down I wanted to be an actor.”

In order to save up that thousand dollars, he worked as a shipping clerk, a salesman in a men’s store, and a laborer on a construction gang. Then he took a job in Laguna as a landscape designer, and ran a trucking business on the side. Although he was working twelve hours a day, he managed time to try out for plays at the Laguna Playhouse. And there, one hot night, scouting for fresh faces and new talent, sat his film future in the person of Henry Willson.

When he has stashed away enough money, Craig’s ambition is to see South America and Europe, buy a boat, and develop his “bathroom baritone.”