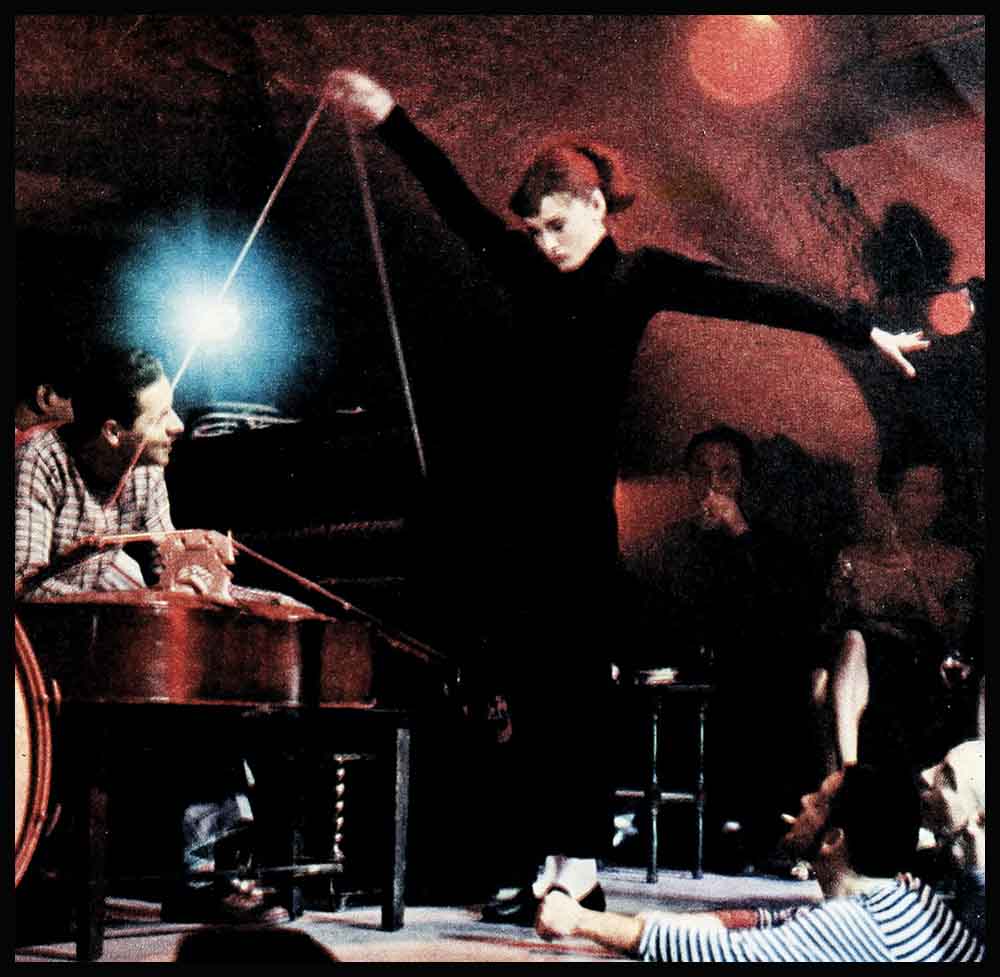 Tab Hunter started a trend with a sensational “Young Love” disc. When it hit the select “gold record” class with sales of a million-plus, platter-makers began to round up other golden (they hope) Hollywood voices. Natalie Wood was signed fast; so were Sal Mineo, Bob Wagner, Bob Mitchum (who’s done some balladeering in movies). Dee-jays will also spin discs by the Champions, Debra Paget, Rita Moreno, Rory Calhoun,

Join the movies and see the world. Hollywoodites have now turned into cosmopolites, comparing notes on long-range location trips. The West Indies welcomed the “Island in the Sun” troupe (Mason, Belafonte, Collins), “Fire Down Below” (Hayworth, Mitchum, Lemmon). Ladd went to Greece for “Boy on a Dolphin”; “The Pride and the Passion” took Sinatra and Grant to Spain; Hudson made “Something of Value” deep in Africa.

Tony Perkins, with his first leading role, sounds an alert even for more experienced actors. Veterans admit they’d have been proud of his powerful work in “Fear Strikes Out” (above with Norma Moore). More proof that a more-than-pretty new generation is coming up: homespun Andy Griffith, chancing an unlikable role in “A Face in the Crowd”; rugged young Ben Gazzara, challenging older tough guys with “The Strange One.”

To tint or not to tint? While TV is campaigning for color, putting more and more of its top shows into that gay medium, Hollywood can take it or leave it. The Perkins, Griffith and Gazzara pictures are all done in good old-fashioned black and white, because color isn’t needed in such realistic, character- centered films. For precedent, movie-makers point to untinted classics: “From Here to Eternity,” “Marty,” “The Rose Tattoo.”

Audrey Hepburn sets the town a-buzz by swinging joyously into the new guise of song-and-dance gal. Hers is the “Funny Face” of the movie’s title, and fun it is. Those gamin Hepburn features turn to the spirit of humor as exuberantly as her slim body does, with this crazy bit of sexy stepping in a smoke-dimmed dive. Color? Love in Paris cries out for color; it’s used, with a daring that makes “Funny Face” a talk-topic.