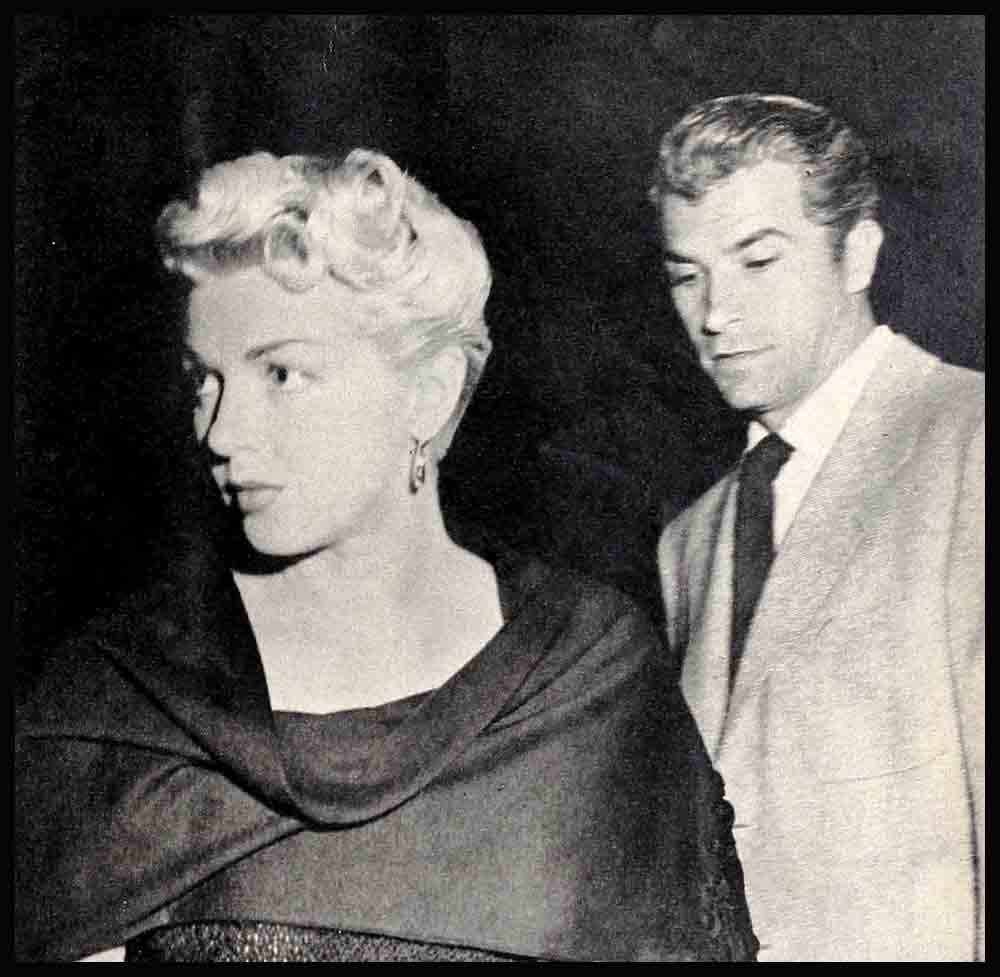 A few days after this picture was taken, Lana Turner and Fernando Lamas ended their engagement. “It’s just one of those things,” said Lana’. “We’re still friends, but as far as romance is concerned, that’s out.”

Only recently had Hollywood begun to suspect that a rift was inevitable. It was rumored that Fernando had said that he and Lana. quarreled too much, that his primary interest was his career and he didn’t feel that he could consider matrimony at this time.

There were also stories of Fernando’s jealousy. At the Marion Davies party, he nearly came to blows with another leading man who, he thought, was paying too much attention to Lana. Peace was made that evening. But the public announcement of the breakup followed the next day. Then Lana began stepping out with Lex Barker. Fernando squired Arlene Dahl.

M-G-M, where Lana and Lamas were due to co-star in “Latin Lovers,” at first took no side, saying, “It is a personal matter between them.” A few days later, however, the studio, wise to Hollywood romances—and feuds, announced a change of casting, Ricardo Montalban for Lamas as the Latin lover.