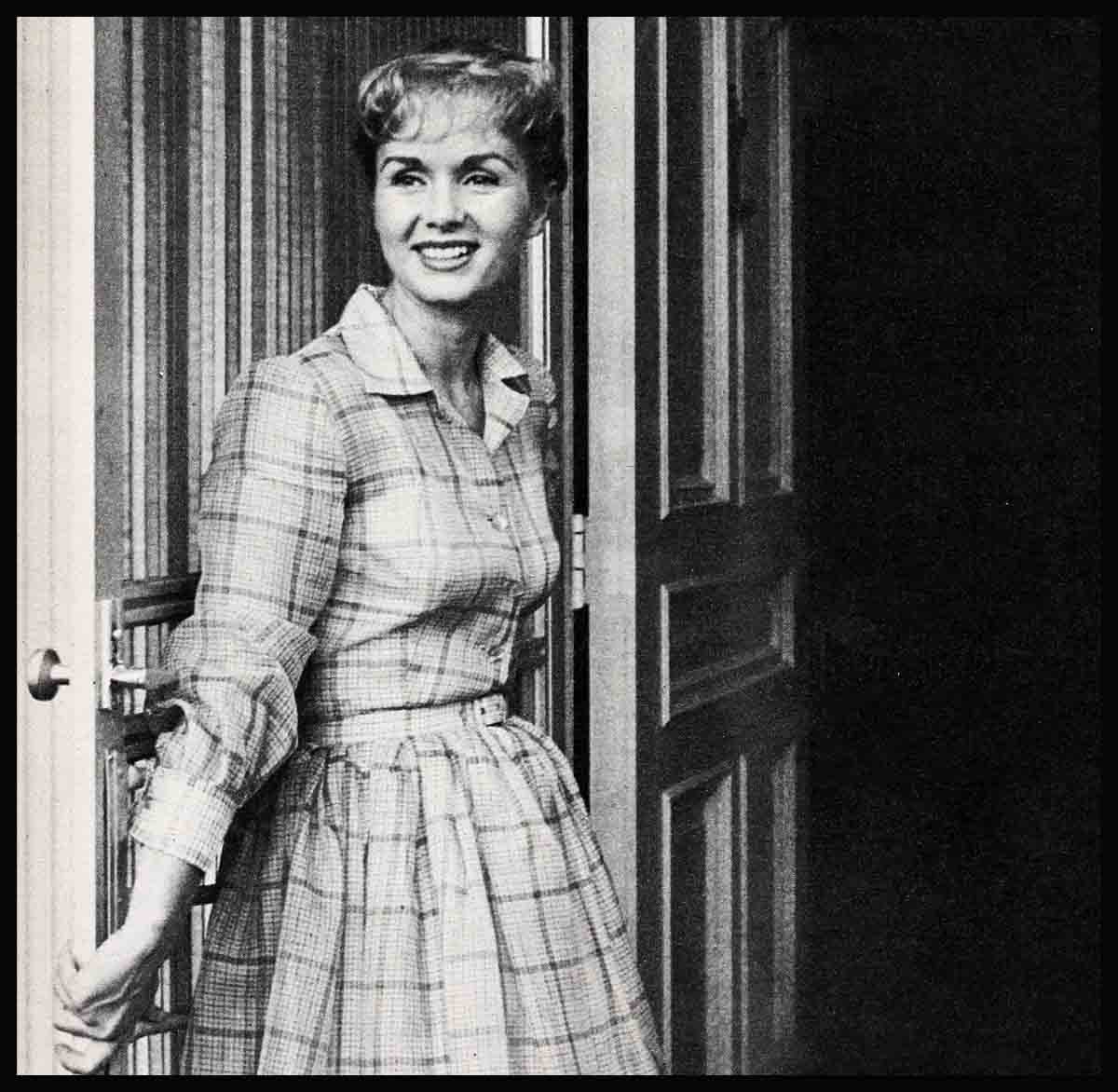 Debbie Reynolds: “Come On In, The Party’s For You”

“Hi,” Debbie greeted as she opened the door for me. “Come on in.” I was so nervous I could hardly say hello. You see, my name is Susan Sturies and I was Debbie’s first official fan-club president. I’ve been president for ten years. And this year, when I wrote and said I was coming out to Hollywood (I live in Spirit Lake, Iowa), Debbie wrote back: “Let me give you a party!” She had a chocolate cake for me, with icing that read: “Welcome Susan from the L.A. Debbie Reynolds Fan Club.” Debbie looked great. When I told her so, she laughed. “It’s my favorite dress,” she said, “even though my mother made it over four years ago.” We all listened to some of her new records, I like “Summer Romance” the best, though “Tammy’s” still my favorite picture. Someone called and asked her to do a TV show. Debbie polled us on who we’d like to appear with her. Elvis won, of course, with Fabian next. Then we ate. The food was so great, I asked Debbie for her menu. (See right.)

(stuffed with mashed yolks and avocado)

(ginger-ale with cherry and mint leaf)