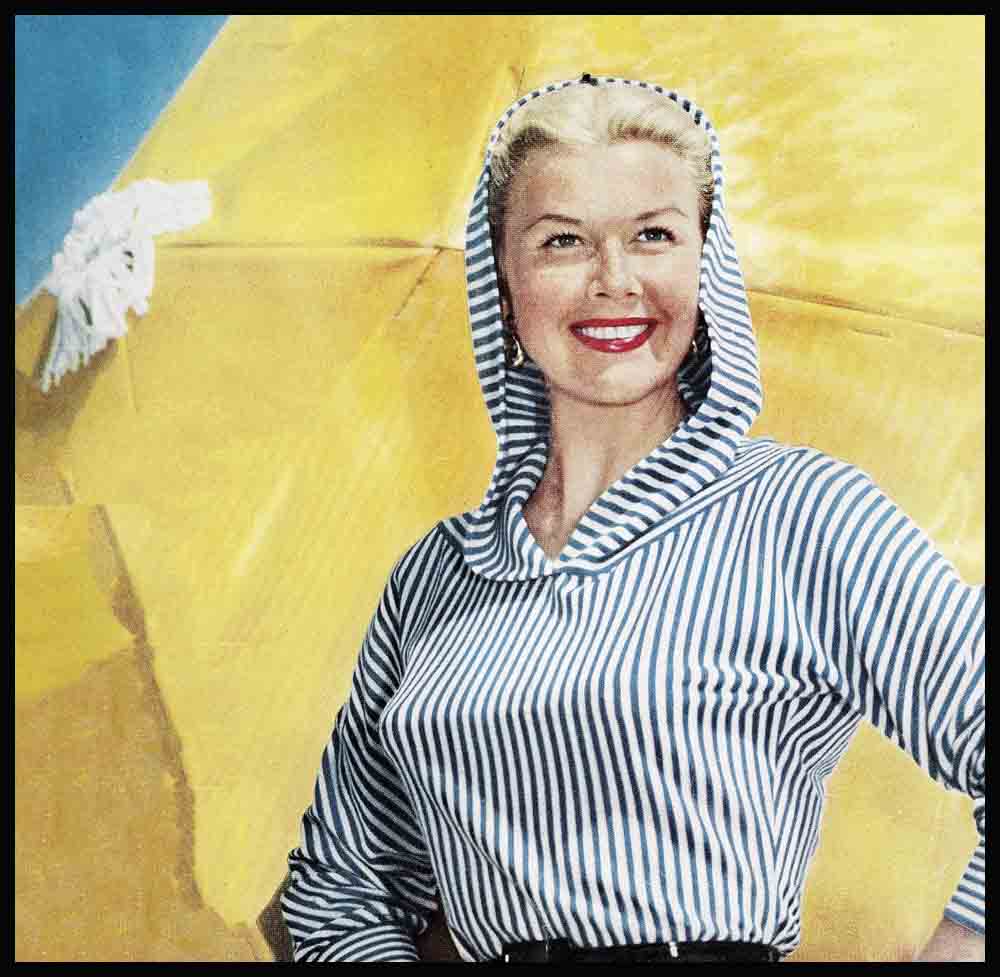 Maybe the music in Doris Day’s heart was out of tune for a while, but now it rings as true as the notes of her singing voice. You remember that she began Warners’ “Lucky Me” under a shadow of rumored illness. Yet the millions of movie-goers who watch her dance across the CinemaScope screen see only the wholesome gaiety that’s always been the essence of her appeal. Is it just an illusion created by clever acting? These candids give you the answer. Snatched on the set, they show you how Doris herself actually felt. In musical numbers, the picture and the sound are recorded at different times to insure perfection in each. Doris’ warm good humor, matching the film’s title, was no act put on for the movie cameras—they weren’t rolling. Music lifts a singer’s own spirits as it does yours.

Up goes the baton in the hand of musical director Ray Heindorf, and Doris Day’s off on a recording session. All the tunes of her latest movie went on the sound track lilting with laughter right out of a full heart

It is a quote. PHOTOPLAY MAGAZINE JULY 1954 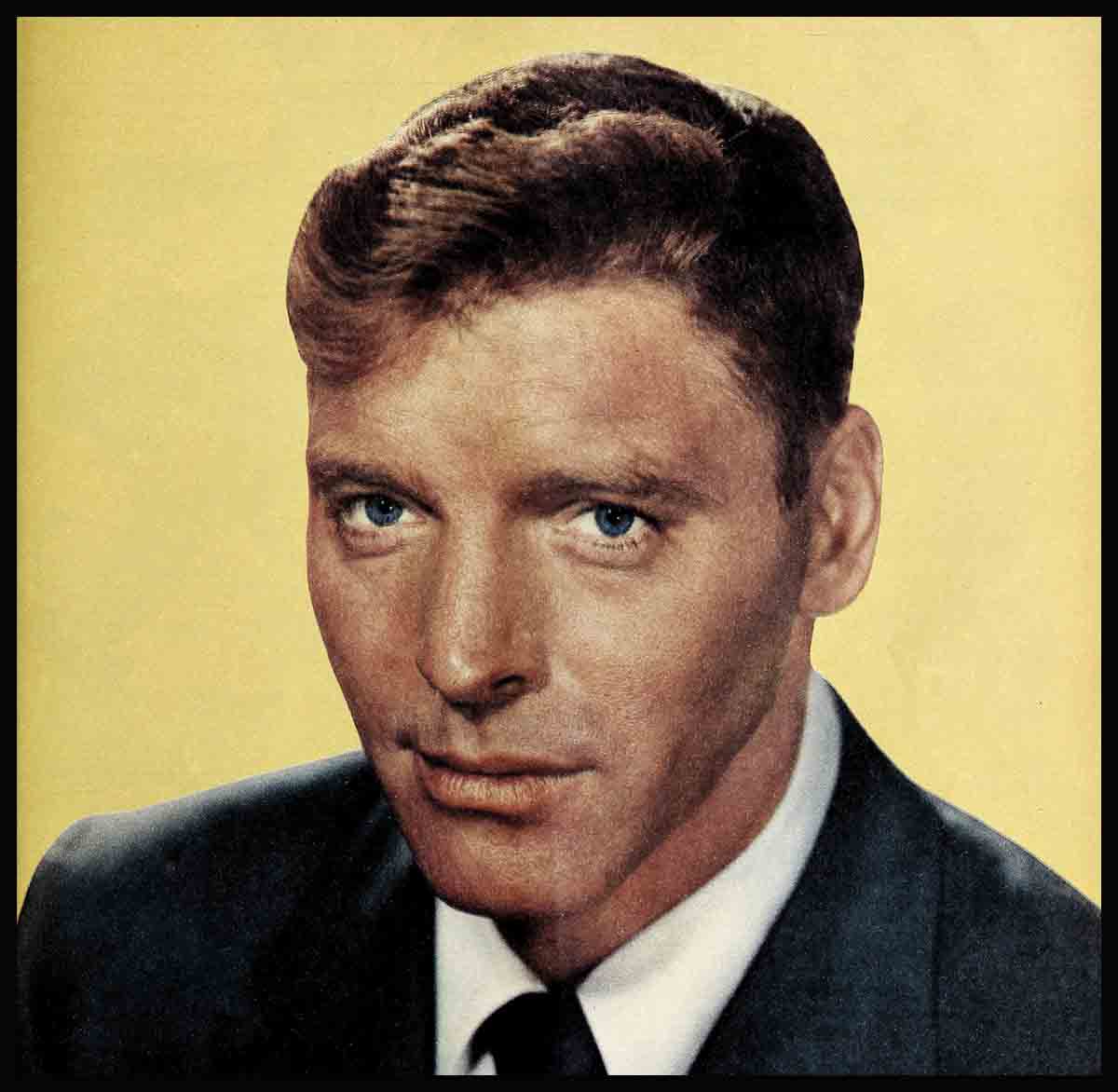