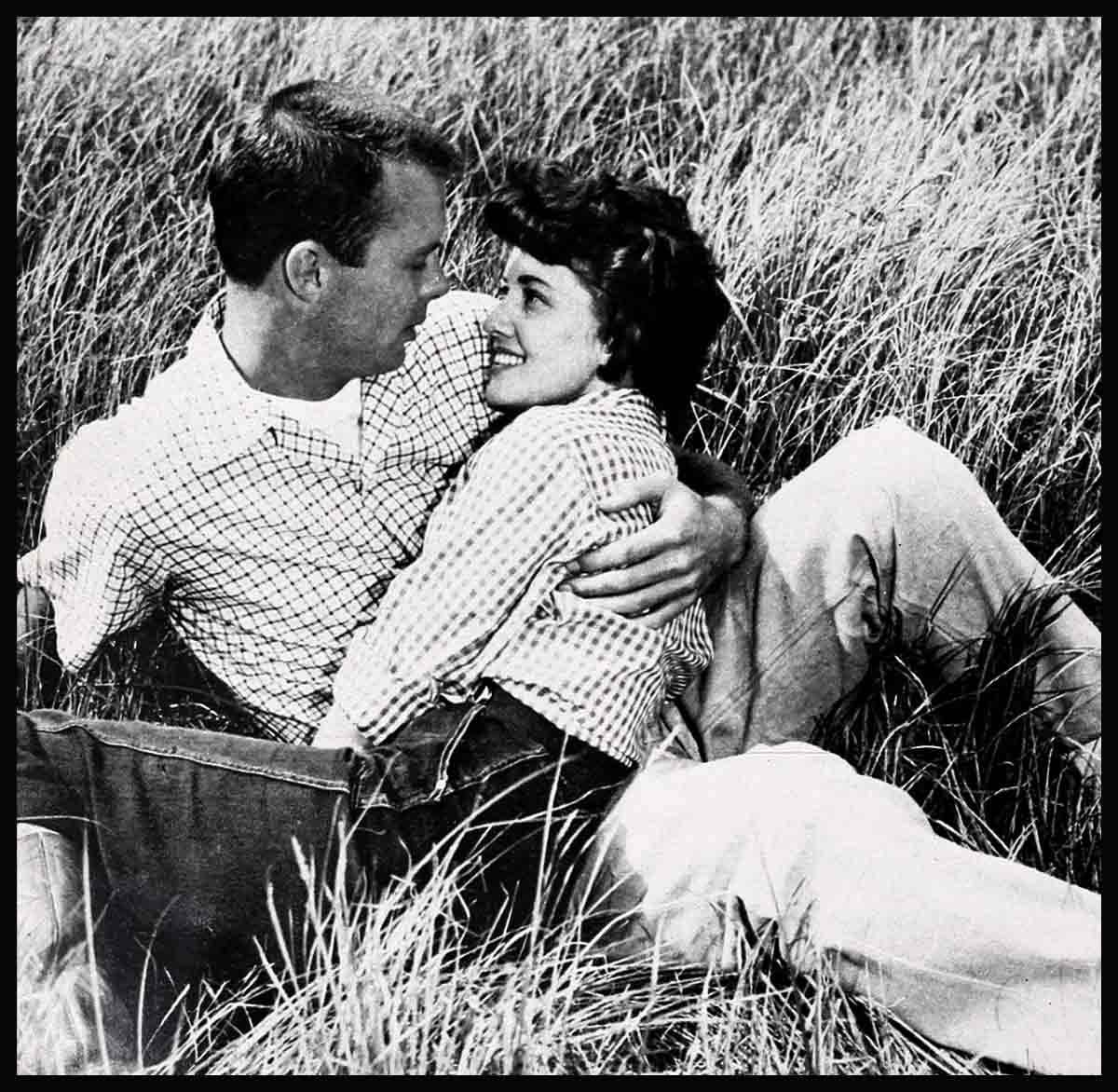 The freshness of youth and the heady excitement of sudden success make Robert Francis and May Wynn stand out among Hollywood’s new dramatic teams. These twenty-four-year-olds are the young lovers of “The Caine Mutiny” and neither has ever before played a leading role in a movie. In fact, Bob’s Willie Keith is his introduction to acting! The tall Californian had just completed his Army service when Columbia tapped him for its Navy epic. But May, a native New Yorker, was a show girl and a bit player. In the film’s bitter action, the romantic weekend they share is an unforgettable interlude.