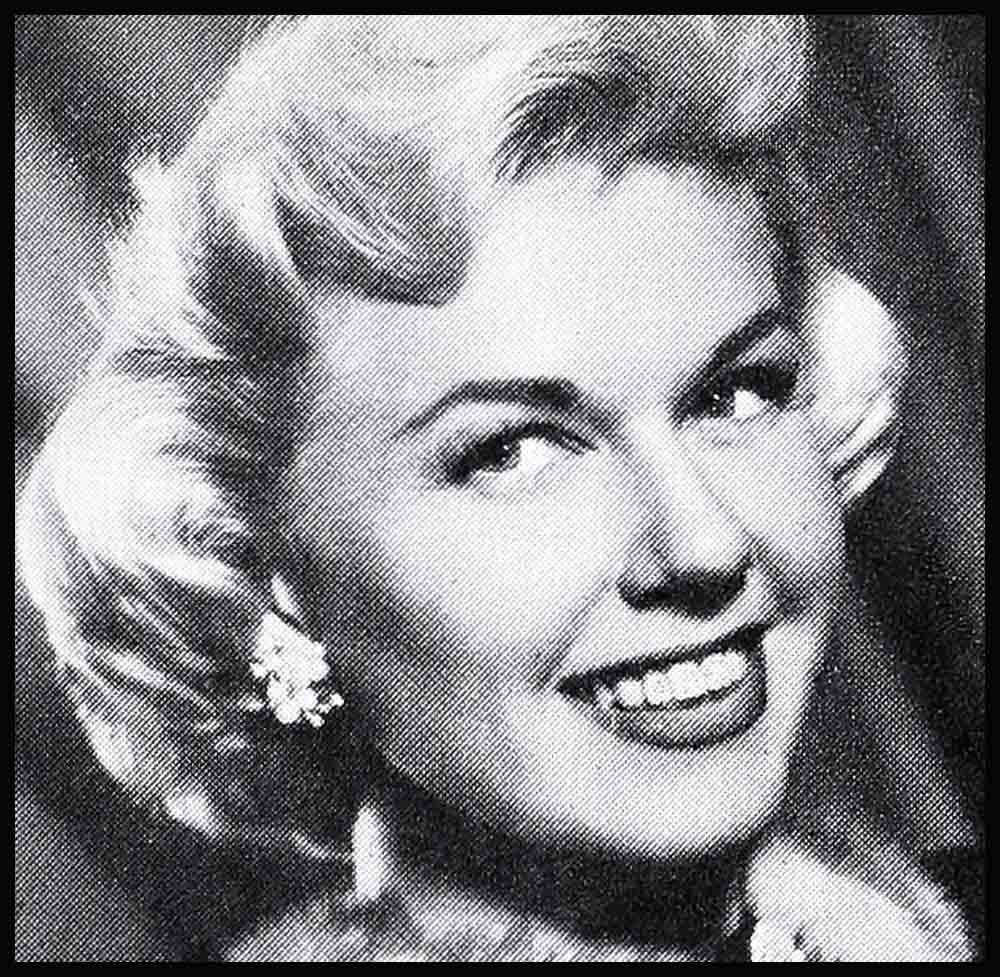 EDITOR’S NOTE: Some of Hollywood’s best drama is never seen on the screen. It is seen by the men who make the movies—the directors, the producers, the writers, the audience in the theatre that is Hollywood itself.

One of these dramas is recounted here by Roy Del Ruth, a director who has been turning out top pictures for decades. His many successes include “On Moonlight Bay” and the recent “Stop, You’re Killing Me.” He is now at work on “Three Sailors and a Girl” for Warner Brothers.

This happened when I was directing Doris Day, along with a lot of other nice people, in a picture called “On Moonlight Bay.”

Among the extras we were using was a smart Alec I’ll call Stuff Riley, who soon became a downright pest on the set. Now Doris is as friendly a person as I know. She is quite approachable and I have never known her to upstage another player. So for a time she put up with Stuffs breezy familiarity.

But there comes a point when you have to draw the line. It came for Doris one day when a film-magazine reporter and a photographer were on the set interviewing her. All of a sudden the great Stuff showed up. The photographer had set up his camera when Stuff breezed right into the picture, put his arm around Doris and said “Get this shot, boys!”

Before anybody could do or say anything, an assistant director marched Stuff right off the set.

Butting in when someone else is being interviewed is one thing you simply don*t do in Hollywood, not even with a star as good natured as Doris.

When the reporter and photographer were gone. Doris sought Stuff out and gave him a piece of her mind. For once Stuff was awed into silence.

That was the last day, it so happened, that we used Stuff, but it wasn’t to be the last time we saw him.

I guess it was a couple of weeks later. My wife and I and Doris and a few others had been down to someone’s beach place one Saturday afternoon. On the way back, around ten o’clock at night, we decided to stop for something to eat. The first place we came to was unpretentious looking, but it had a sign advertising steaks. We were very hungry so we went in.

It was small. but it boasted a “floor show.” We were all tired and anxious to finish our food and get home, so we didn’t pay much attention when a master-of-ceremonies came out, pulled a couple of hum gags, and started singing. You’re right. It was Stuff.

About the middle of the number he spotted us and greeted us like long-lost pals! I couldn’t believe he’d have the crust to come to our table, but he did.

“Hi, Doris!” he yelled. “Swell of you folks to come down for my opening. Glad to see ya!”

I was thinking that this poor jerk was just before getting the freeze of his life. Then I looked at Doris. . . .

I was as goggle-eyed as all the other customers in the place to see her greet him warmly, wish him luck, take a bow, and even comply with his request to sing a number.

Then we left. to the time of a great many cordial “goodbyes” between Doris and Stuff, and a lot of bowing and scraping by the manager.

Outside somebody in our party said, “If he thinks we came down here just to see him, he’s really a dope!”

“He didn’t think that for a moment,” Doris said gravely, “but he probably got this little job on the bluff that he’d attract the studio crowd. I could tell by the look he gave the manager when he spotted us.

“Besides,” she added, “it is only personally that he is a dope. When he’s out there on the floor, he’s an entertainer trying to make a living. I’d have been an awful heel not to have strung along with his bluff . . . But if I ever catch him away from a floor show I’ll give him a piece of my mind!”