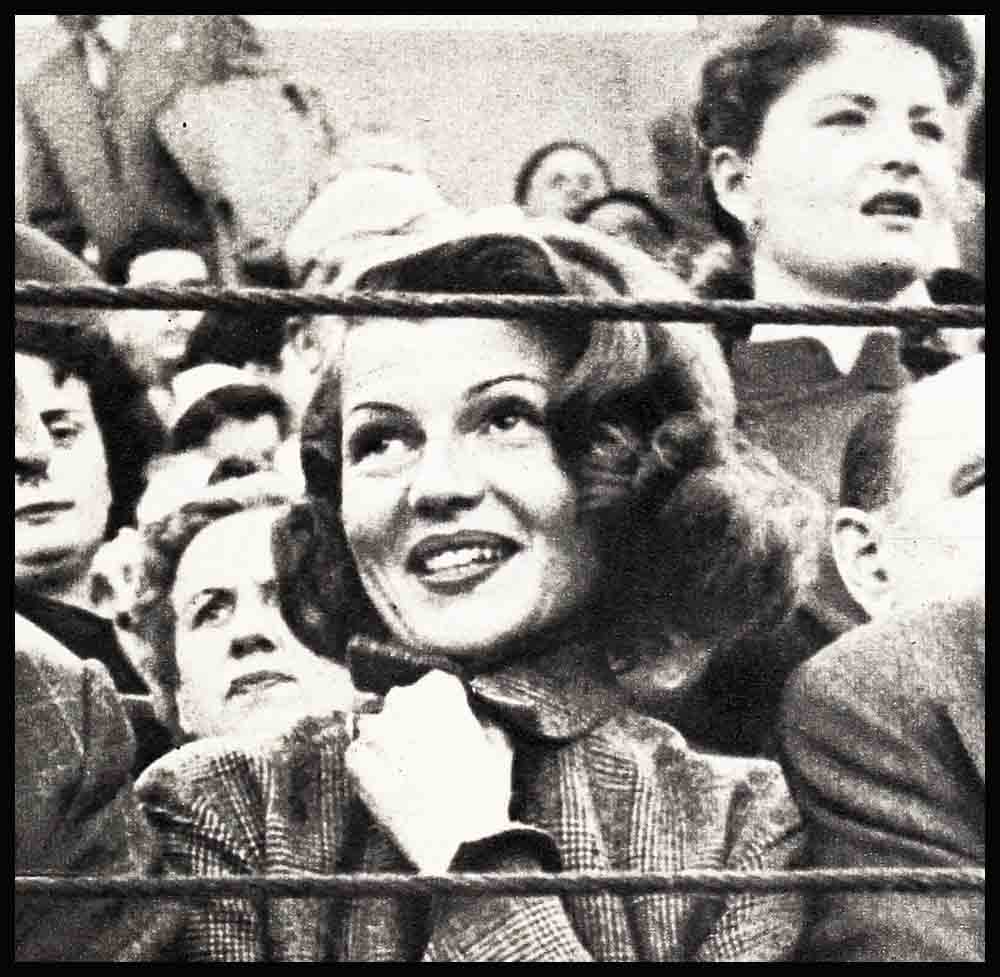 Apparently the fight is over. As for the winner, no one seems quite certain. Rita won her terms—a divorce, custody of Yasmine and $50,000 a year for the child’s support. However, if she actually expected to resume marital life with the unpredictable Prince Aly Khan, she was the loser in the final round of the International Battle Royal.

Rita evidently believed that Aly was the soul of sincerity when he came to call in Hollywood. Soon after his departure, she packed her bags and flew to Paris, admitting that a reconciliation was not impossible. But still another quarrel followed. Rita walked out announcing, “He’s a playboy, while I work all year round in Hollywood.”

When she left Aly for what appears to be the final time, Rita proceeded to Spain. Soon her name was being linked with that of Count José Maria de Villapadierna, reportedly an old friend of Aly’s. He is tall, handsome and forty. And extremely chivalrous when it comes to protecting Rita from fans, reporters, and would-be suitors. Answering persistent rumors that she may next become a Countess, Rita says, “We’re just friends.”