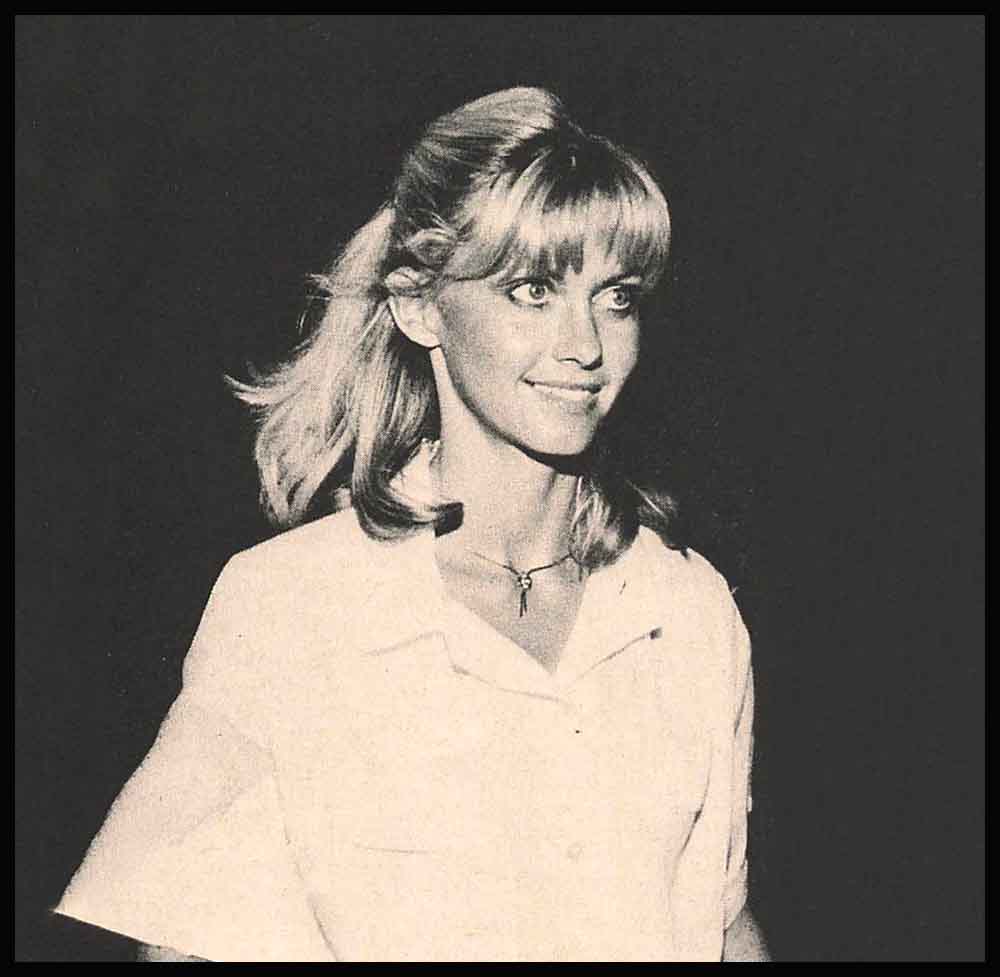 Hollywood’s “Nice Girl” Worries That Some Think Her Boring!

Where else but in show business would a lovely young woman worry that she’s so nice and so conservative that people will think she’s dull?! Olivia Newton-John, sometimes referred to as the Doris Day of the ’70’s, agrees that “I’m really a very normal person. I don’t take drugs, and I don’t get into any strange situations,” but she isn’t all that thrilled at the prospect of being label-led “dull.” At the age of 29, there’s a lot more fire in Olivia than her sweet image has shown so far, and “as I show more of what I can do as a performer, the impression I make may change.” But Olivia, true to her modest nature and her own self-image, then adds, “Well, at least I hope there is something more of me in there for people to find . . .”

Olivia’s sense of herself as a nice, almost square person is reinforced by the quiet lifestyle she has chosen. Olivia lives in a ranch in Malibu, comfortable in the company only of her many animals; “They ask so little and give so much,” she sighs. Olivia’s on-again off-again boyfriend, her manager Lee Kramer, seems more a friendly escort than anything else at this point in time.

The petite entertainer from Australia is currently content to concentrate on her professional life, leaving her personal life to take care of itself. Her recent role in Grease, which showed off her sex symbol potential, is the direction Newton-John will tend more towards in the future.