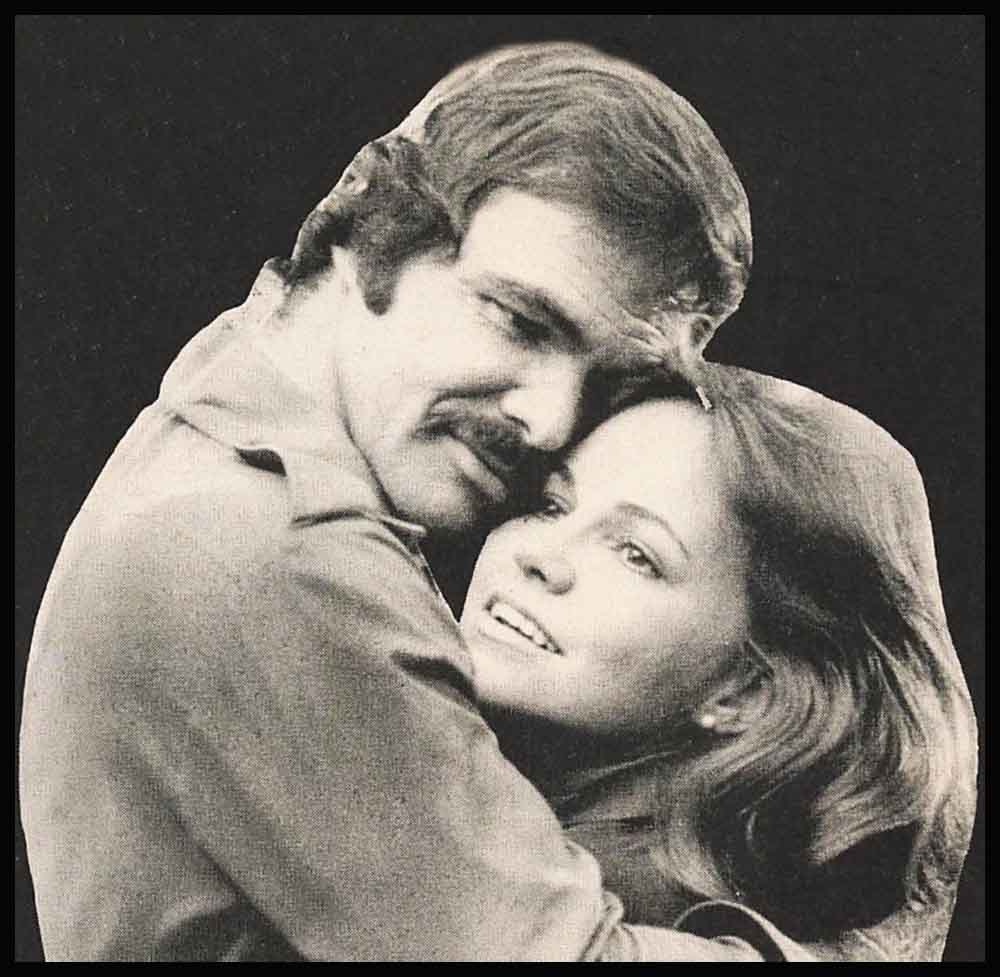 They say that Burt Reynolds is the perfect lover, as dazzling in the bedroom as he is on the screen; warm, intelligent, sensitive, and immensely sexy. The parade of women in the 42-year-old actor’s life agree that Burt is an all-time charmer—the sort of man women go out of their way to please and pamper. These days, though, Burt is the one who is doing the pampering in his love relationship. Sally Field, Burt’s lover for more than a year, has suddenly come into her own as an actress, heralded for her starring role in the film Norma Rae. Shedding her schoolgirl-like Flying Nun image for all time, Sally suddenly looks quite different in Burt’s eyes.

“He’s sending her flowers more now,” a friend reveals. “And that fur coat he bought her—well, Burt’s a very generous guy; I’d never deny that. But the timing of the gift was interesting; right after he was rumored to be seeing Candice Bergen—and right after Sally’s big film was released.”

Sally, once divorced (as is Burt) has told friends that she wants very much to marry Burt—but is content to be his woman at least for the time being. She’s confident enough of Burt’s sincerity to have shrugged off his rumored involvement with Starting over co-star Candy Bergen; “Burt and I care very much for each other. I trust him, and he trusts me, and no one can destroy our happiness.”

Burt has been involved with actresses all his adult life; his ex-wife is Judy Carne, one of his longest involvements was with Dinah Shore. So once the newness of Sally’s fame dimmed down, Burt was able to feel pride in his lover, and to go back to being as confident of her love and fidelity as she is of his. In unique Reynolds “good joke” fashion, Burt proclaimed his joy in Sally’s suddenly zooming career by handing out cigars to their mutual friends—announcing “the birth” of the couple’s “new baby” in the release of Sally’s film! Sally, ever ready with a laugh, especially when it’s coaxed on by Blurt, might have wished the cigars were for a real baby, but she was reportedly touched by Burt’s proprietary gesture. “Sally is an amazing woman; an amazing person,” Burt says. “She makes me very happy; makes me enjoy my own life more.” The couple has not yet announced plans for another joint film—Hooper was a sell-out at the box office—but you can count on one very soon.

As for more personal future plans—Burt admits that “I want the things marriage brings; children for one, love for another . . . but I’m still not ready to make that kind of commitment. On the other hand, Sally and I do have something special . . .”

Burt and Sally’s friends are hoping that the “something special” between the adorable couple soon becomes “something permanent”! . . .