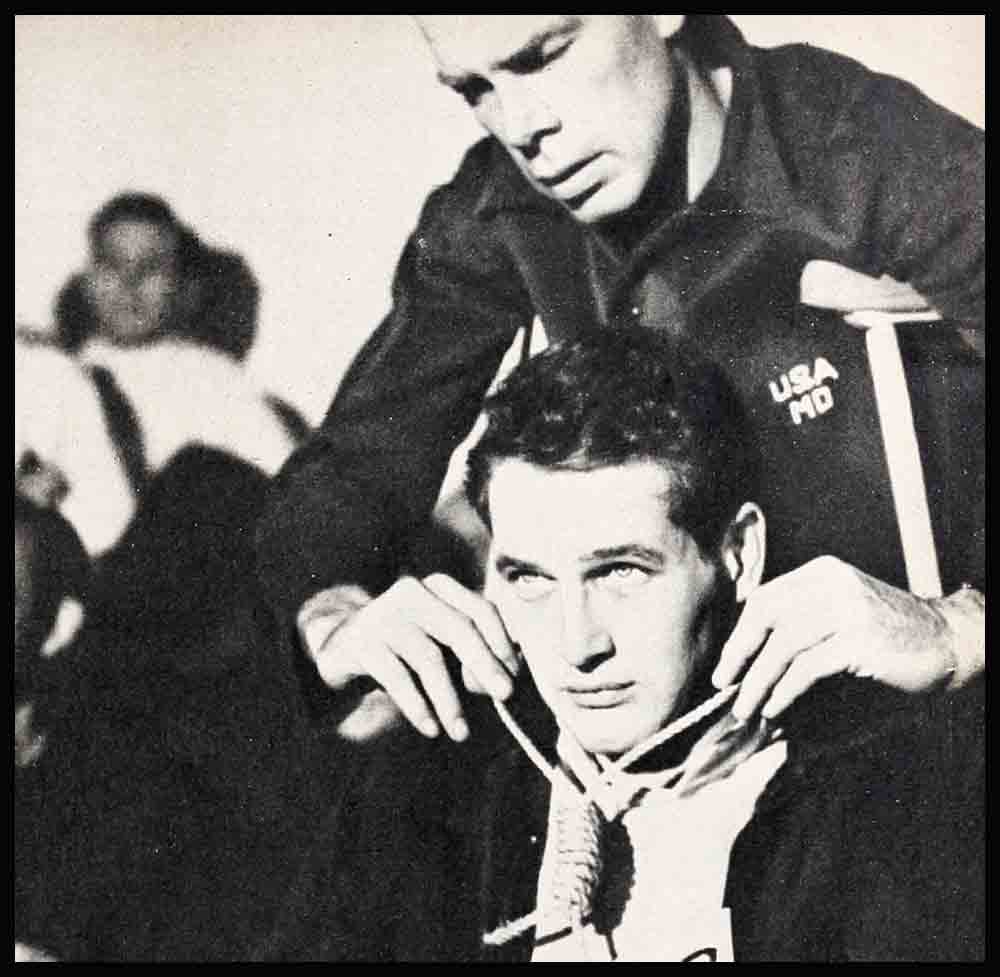 This is the name of a motion picture which you simply must not miss. You may have already seen the original version on your TV screens nearly a year ago. But, even so, the movie version is truly one of the most exciting screenplays you will encounter. As a teenager, you will be pitting your own honorable “breaking point” against Paul Newman’s on the screen. As a mother or father, you will find yourself measuring your own standards against those which this young man had a right to demand of his parents. The villain of this motion picture story is not the enemy as much as is our own human weaknesses, and the hero of the film is our own human strengths. Don’t let the fact that the action centers around the trial of an American soldier for giving aid and comfort to the enemy in Korea keep you from classifying this as “just another war picture.” “The Rack” is far more than that—it is a living, pulsating drama of our own troubles, triumphs and times.