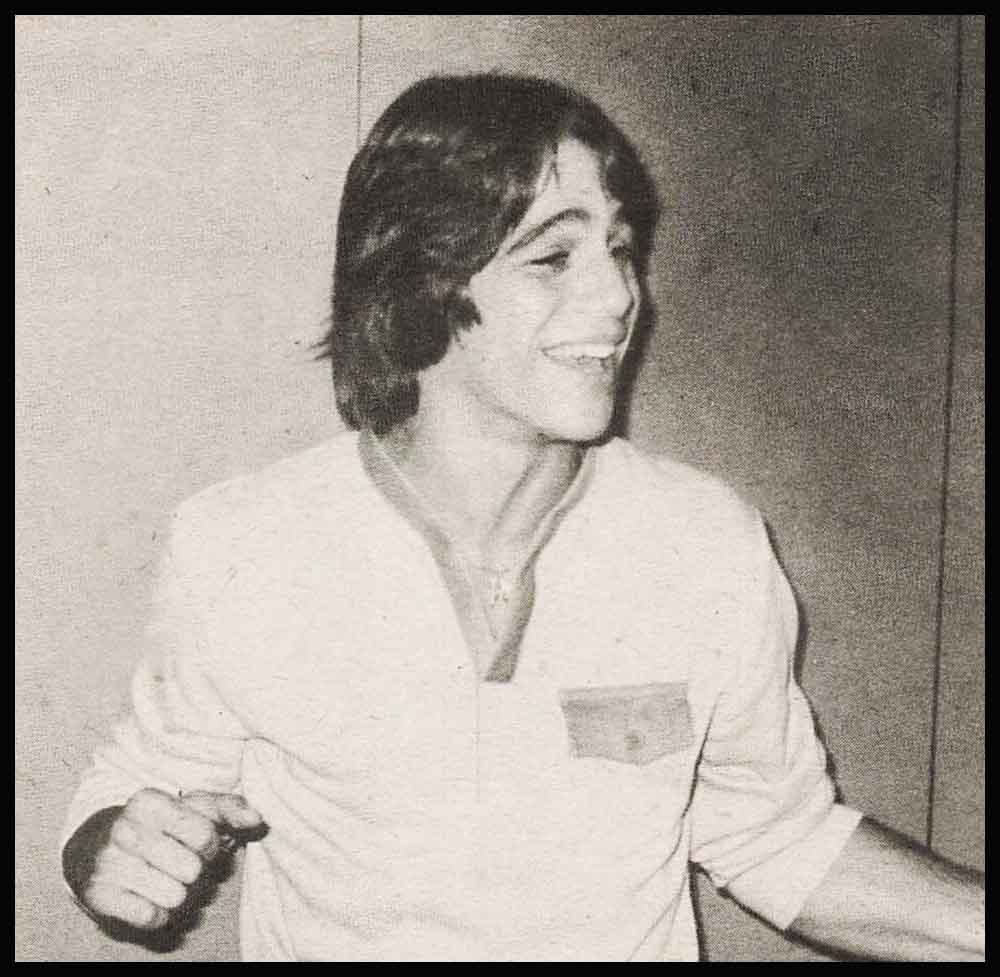 He’s Winning The Biggest Prizefight Of Them All!

25-year-old Tony Danza is thrilled to be an actor, but part of him longs to be back on the turf he knows best—the prizefighting ring! The Brooklyn-born star of Taxi fought unofficially all through his growing up years in tough, gang-dominated New York neighbor-hoods, and eventually became a successful middleweight boxer. Handsome Tony, who plays a prizefighter/cabby on his hit t.v. series, was offered a screen-test a short time ago by a film company needing a real boxer. Tony went out to Hollywood, tested, and before the film crew could even begin their project, the young man was offered his present role on Taxi—without even taking an acting lesson in between! But, even though his new-found fame (especially with his female viewers!) is a super experience, Tony confesses that he misses boxing. “I was really dedicated to it . . . it was what I wanted. As far as I’m concerned, there are a million great actors, a million great businessmen, a million great reporters—but only one champ of the world.”

Always realistic, though, Tony acknowledges that he probably won’t ever return to the ring. “I think acting is where I was meant to be,” he concedes, somewhat sadly. “I think fighting is over for me. I’ll stay in shape, but that’s it. You have to give up some things to get others.”

Tony certainly has gotten a great many things out of his season on Taxi—dates with pretty women is just one of the byproducts of fame! Danza has been married once (“I was only’ 18, much too young,”) and has an 8-year-old son, Marc, from that union. He’s dated a number of lovely women, and is currently smitten with secretary Robin Chambers. “I think it may be love, but we aren’t rushing anything,” Tony smiles. The two see each other “three or four times a week,” and are attempting to really get to know each other before considering marriage.