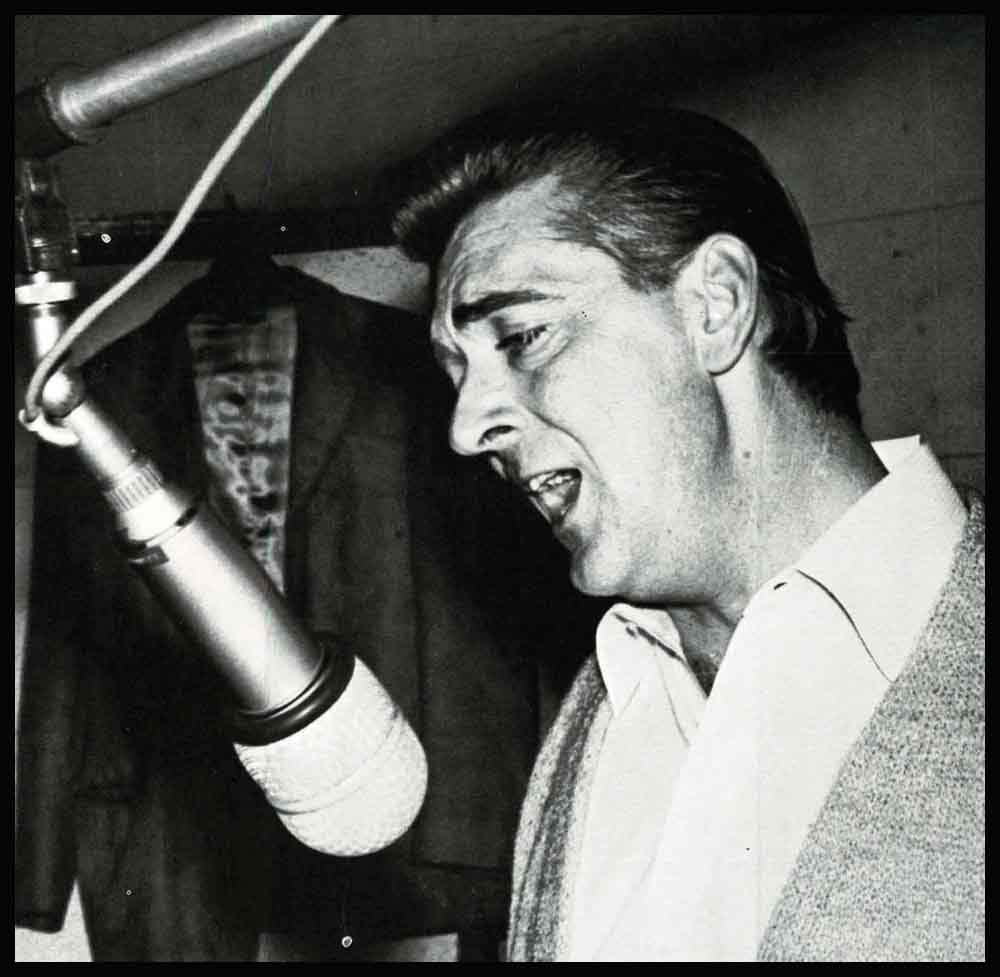 They used to call him “Mr. Romance.” Now they call him “Sir.”

At least that’s the impression we had when we visited Carl Smith for this Country Music LIFE feature. It was the first time we’d seen him in about ten or twelve years, and things had changed considerably—in a highly complimentary way.

The old “Mr. Romance” used to rip around town in a fire engine red Cadillac convertible, one of three red racers he used to keep revved up and ready to go. And love letters by the hundreds poured in weekly from lovely lassies with stars in their eyes.

Carl Smith is just as appealing as he ever was. His magnetism hasn’t diminished at all. The “Sir” label is one we attached, however, simply because he has matured magnificently and deserves the manly moniker.

The racy autos have given way to station wagons and a fabulous homestead staked out in Franklin, Tennessee, a suitable setting for a gentleman farmer, a devoted family man and a highly successful, hard-working businessman . . . all of which he is.

As a boy in Maynardville, Tenn., Carl’s main thoughts were generally preoccupied with farm work, school and music. The latter interest took priority over the other two when, at age 13, he took top honors at a local amateur show. Thus, the “bug” took hold and he resolved to become a Country Music entertainer.

Things like that happen around Maynardville. Its two favorite sons are Carl and Roy Acuff.

While still in his teens, Carl worked shows, mostly as a sideman, at Knoxville’s WROL radio station until World War II intervened. He enlisted in the Navy and spent the next 18 months aboard ship.

At the termination of his tour of duty, he was beckoned back to the Knoxville radio station for added air play.

“I more-or-less station-hopped for the next few years between Knoxville, Augusta and Ashville,” he explained. “The longest length of time I spent in any one place was 2½ years in Knoxville. I was working for Archie Campbell, not with him as he’ll tell you, and was his highest paid employee at $50 a week. That seemed like a gold mine back then.”

Increasing radio popularity and guest appearances on Nashville’s Grand Ole Opry ultimately led to regular Opry status in 1950. Then a string of hit records began that ran his popularity level to the chart tops.

Carl’s paneled den walls bear approximately 20 plaques and trophies which attest to his popularity during the next 10 years. He’s proudest, perhaps, of those lauding “The Tunesmiths,” his 1955 backup band as the nation’s number one group, and a Billboard Award he holds along with only about 15 other artists.

One of his most treasured possessions is a huge, specially-made trophy presented to him recently by the National Cutting Horse Association in recognition of his participation in the organization.

“Let Ole Mother Nature Have Her Way” was his best-selling single and is now a Country Music standard. It sold over 800,000 records, an accomplishment that’s rare, indeed, in the Country market today.

Others which had tremendous sales were “Ain’t Love A Hurting Thing?” “Hey Joe,” “Let’s Live A Little,” “Mr. Moon,” “Don’t Just Stand There,” and “Loose Talk.”

Those were hectic, hard years for Carl, with countless hours being spent on the road enroute to personal appearances. He and his troupe also traveled with the Philip Morris Show which toured the nation at about this time.

Today, Carl’s popularity with Country Music fans is actually greater than ever and his Columbia record sales remain at a brisk clip. The advent of network television and high speed jet travel have taken much of the “sting” out of being a star so that now his exposure is greater and the time spent traveling is less.

One of the most significant turn-of-events in Smith’s career occurred early last year when he was hand picked to headline a weekly “Carl Smith Country Music Hall” TV show in Canada. The show is seen coast-to-coast during “prime time” each Monday night and has made its host something of a national idol. In a recent poll, Carl’s show was rated in popularity over “I Love Lucy,” “The Dick Van Dyke Show,” and “The Red Skelton Show.”

“Carl seems to enjoy doing the show quite a bit,” explained his Nashville agent W. E. Moeller. “He flies to Toronto once, sometimes twice, a month and films several segments with Nashville artists as his guests. Canadian talent is represented also. Sometime this year, the program will pioneer in Canadian color television, and of course we feel it was an honor for Carl’s show to be singled out in this manner.”

Stateside, Carl has continued making personal appearances and is heard in many radio markets as Busch Bavarian Beer’s “toe-tappin” salesman.

Carl’s “band” now consists of only one person, Johnny Sibert, and road miles have been converted into air miles. Sibert joined Carl in 1952 and with a two year exception, has been with him ever since.

Carl, of course, continues to record, make personal appearances and work his own TV show in Canada. He’s also had parts in two legitimate western movies, “The Badge of Marshall Brennan” and “Buffalo Guns,” and has made guest appearances on television’s “Porter Wagoner Show” and “The Jimmy Dean Show.” Dean and Smith are best friends.

It would seem that the aforementioned activities would more than occupy the average man’s waking hours. But the last thing Carl Smith is, is an “average man.”

Carl houses his happy family in a rambling, ranch-type house 18 miles from Nashville in Franklin, Tenn. The home and the 300 acres surrounding it make up “The Smith Ranch” and Carl spends every waking hour actually working the huge spread for fun and profit.

The Maynardville farmboy element seems to come out in him the minute he comes off the road and crosses the cattle gap at the gate. Within an hour he’ll be roaming hills on horseback (he’s a superb horseman) or clearing off land to give grazing room to a huge Black Angus herd.

Constant sidekicks with Carl on his hillside roamings are the members of his family, either individually or collectively. Wife Goldie is the gorgeous mother hen to four lovely children: Carlene, 11; Lori Lynn, 8; Carl Jr., 5 and Larry Dean, born October 1965. The baby was named after two of Carl’s closest cronies, Larry Moeller and Jimmy Dean.

“I’ve got two ‘special’ children out back here, Frank. They’re family members too,” Carl joked as he opened the back door to introduce Sophie, a Boxer, and Thurber, a Great Dane.

The Smith family is active in the community life of nearby Franklin, a small town of approximately 6,000 people. Goldie drives school hookups and is neck deep in Scouting and church work, while Carl is a major booster of the town’s annual rodeo (it runs three days annually and attracts thousands from all over the state).

The remainder of 1966 will find Carl working out the kinks in Canadian color TV and, perhaps, making a movie or two. It’s all show-biz, so it’s rather unpredictable at this point, but it is a certainty that, at the very least, he’ll be involved in more activity than any two normal men . . . and he wouldn’t have it any other way.

It is a quote. COUNTRY MUSIC LIFE MAGAZINE MARCH 1966