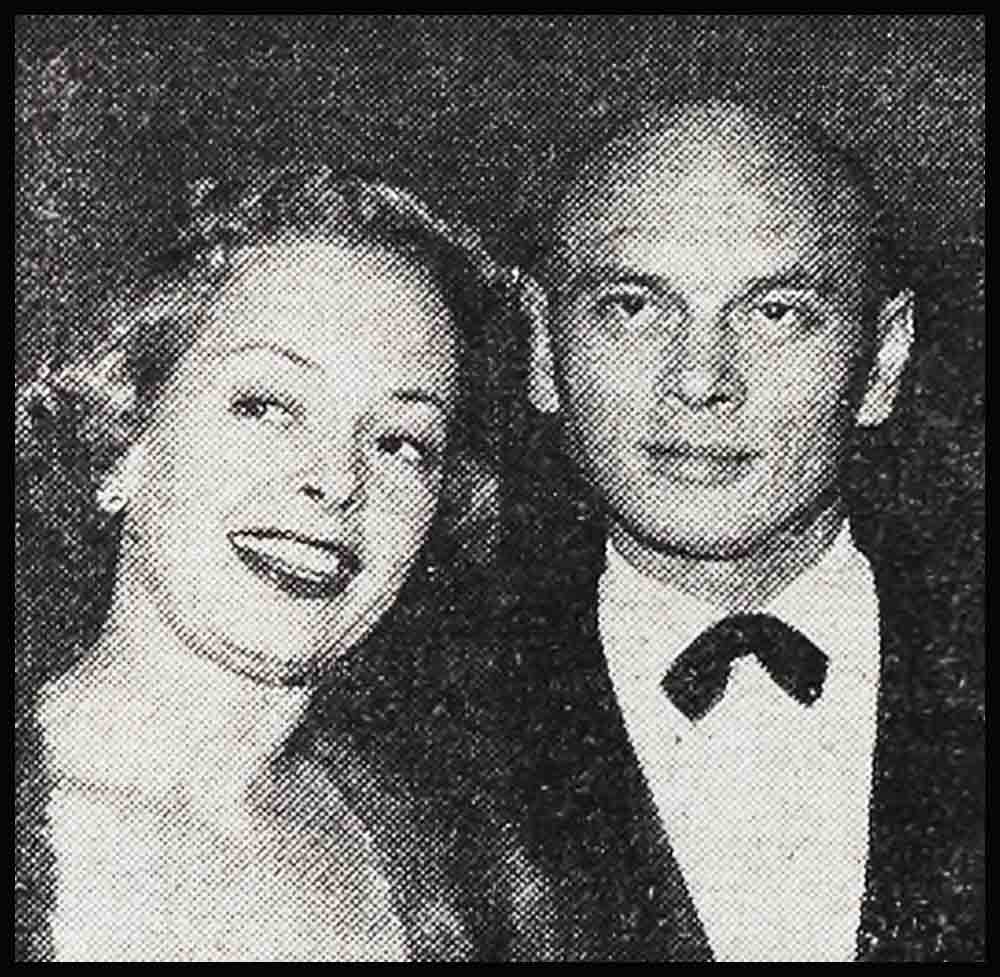 I don’t think June Allyson should have left Dick Powell; or Lana Turner, Lex Barker. June and Lana will discover that a good man is hard to find for keeps. . . . Kim Novak seldom middle-roads anything. The Lavender Lady either likes you all the way or it’s absolutely nothing. . . . I couldn’t name you the ten best movies I ever saw without wanting to change the list ten minutes later. . . . With the pace the studios are setting and the speed Natalie Wood maintains, I wouldn’t be surprised if Warners announced they’re filming “The Natalie Wood Story.”. . . Wonder how Joe Pasternak feels about having used Carroll Baker in a picture a few years ago as a big favor for a friend and then let the “Baby Doll” go?. . . Shelley Winters is still inventing herself and is still a great talent scout for herself. Shelley picked Tony Franciosa when the only camera he had ever faced was a Brownie. . . . The Changing Times: Of all the actors who behave and look like Marlon Brando, you can quickly distinguish the genuine thing because Marlon’s jacket matches his trousers. . . . I’ve yet to see a guy carrying the torch done right in a movie. . . . Joan Blackman trying to describe the performance of an actress she didn’t like: “She’s a girl who makes sex dull.” . . . Zsa Zsa Gabor’s advice, addressing a Women’s Club: “Whatever you do, don’t marry a man younger than yourself—unless he has inherited millions.”

Do me a favor and see “The Bachelor Party.” Don Murray and Patricia Smith will make you feel proud of the human race, which can use a bit of it these days. . . . Shirley MacLaine doesn’t drink. She’s that funny naturally, which makes it fun to be with Shirley. . . . I wonder how Susan Hayward would look without freckles. . . . In “Morning Glory,” Katharine Hepburn played Eva Lovelace, giving the mimics a great hunk of material; and in “Stage Struck,” Susan Strasberg plays Eva Lovelace, and the mimics are waiting for the new edition to be released. . . . Mitzi Gaynor: “It’s a secret. Kay (Kendall) told me not to teli anyone, and everyone I tell has already heard it. Fine secret!”

I wouldn’t believe Elvis Presley listened to Lawrence Welk records even if I saw it. . . . I don’t know an actor who’s working harder to be an actor than Tony Curtis. . . . Mamie Van Doren sometimes wonders how come she never posed in the nude for a calendar or statue. . . . Because of those old movies on television, I’ve fallen in love with Priscilla Lane again. . . . Charlton Heston has the kind of face that looks as if he’s already been waited on. . . . After the movies “The Great Man” and “A Face in the Crowd” and the TV show “The Comedian.” I’m suspicious of every comic on television, especially if he has humility. . . . The Changing Times: A few years ago when a man was known to be an independent producer, the Standard remark was: “What’s he got to be independent about?” Now when a major studio is mentioned, someone is certain to ask: “What have they got to be independent about?”. . . Janet Leigh can’t resist luxurious cashmere sweaters. They fill her with joy and she returns the compliment. . . . Our good friend Mike Curtiz talent scouting: “I’m looking for a seventeen-year-old boy with twenty years acting experience.”

Burt Lancaster feels ali dressed up only when he wears a white shirt. . . . Joan Crawford has a television set and a robe at the foot of her bed. . . . Now what made me wonder what Linda Christian is doing? . . . Abe Burrows’ definition of glamour: That certain indefinable something about an actress who has a large bosom.

I’m ready for another type performance from Yul Brynner. . . . I don’t care what Emily Post says, I believe it’s proper to whistle at Ava Gardner. . . . Rock Hudson and wife Phyllis often dine by candlelight, if you please. . . . In the movie colony you often forget who is related to whom. Mickey Rooney is Lana Turner’s ex-husband’s ex-wife’s ex-husband. That’s Hollywood for you!