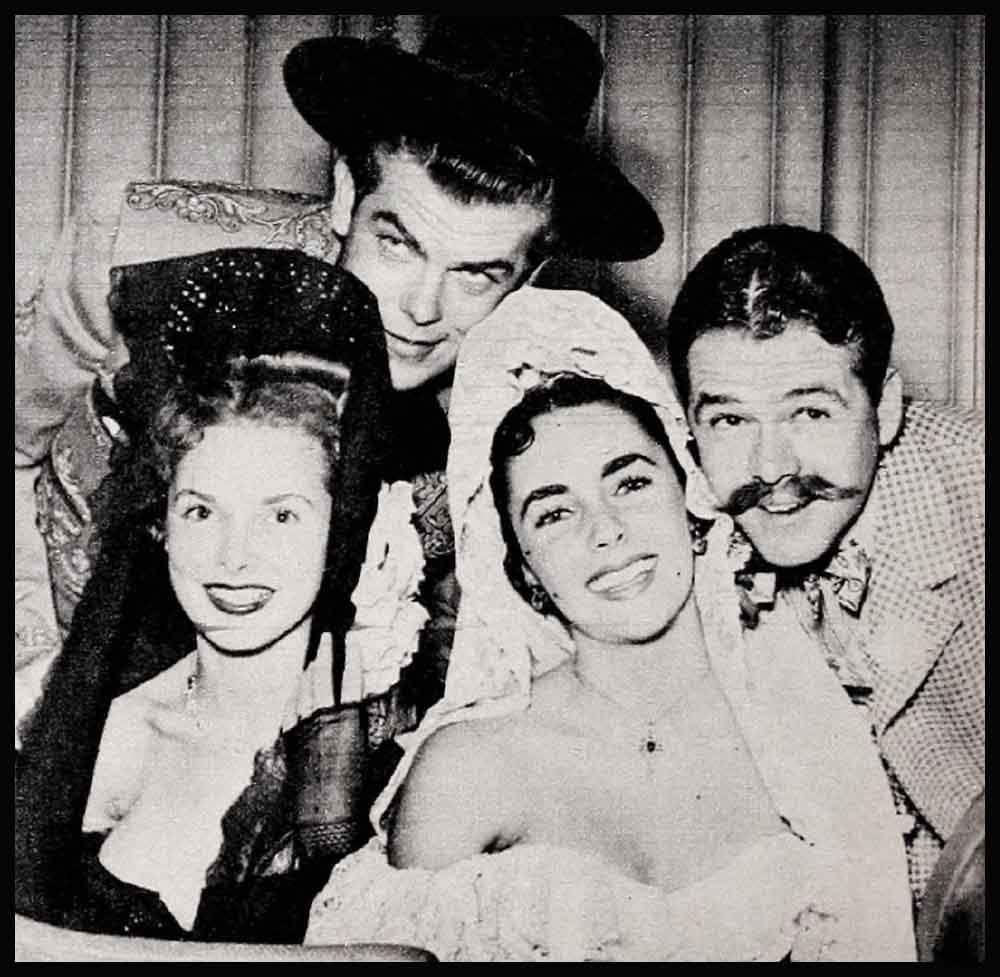 Party Of The Month

The Perils of Paris: Betty Hutton and Ted Briskin strike an Apache pose for Hymie

Beauty and the beast: That isn’t a nightmare, Ann Blyth, it’s Lawrence Tierney up to his monkey tricks

These gals were belles of the ball: Janet Leigh with hubby Stan Reams, Elizabeth Taylor with Tom Breen

The John Lunds were intrigued by Dot Lamour’s hilarious song about herself, Benny’s hillbilly band

Keep this mum! Bob Hope, Dottie Lamour and the diamond encrusted gold watch he received as master of ceremonies