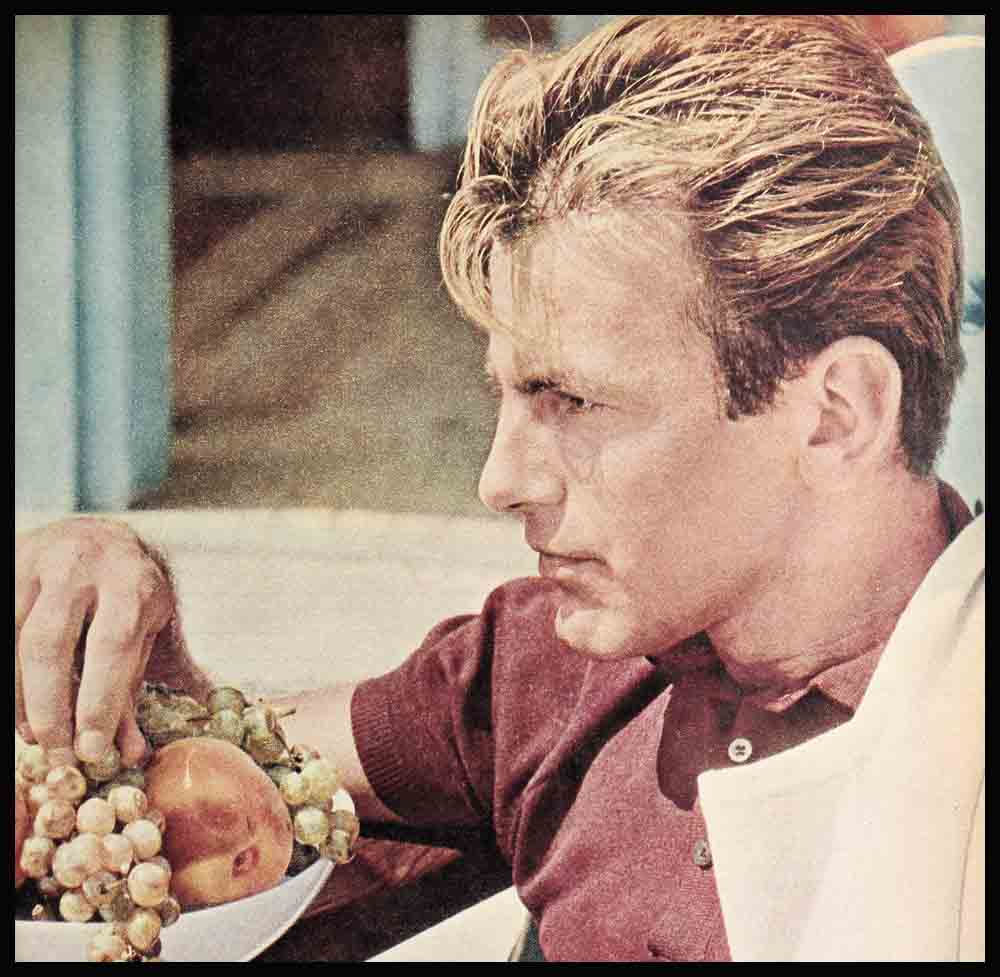 Maximilian Schell Was Discovered By The Public

He was discovered by the public—as it should be—before producers were aware of his great appeal. Secretaries at studios, waitresses in restaurants, college students (female) have made no secret of this appeal and of their admiration. (“You are sure you’re right?”) He is the least well-known performer in the giant all-star cast of “Judgment at Nuremberg,” until the movie was released. He will receive an Oscar nomination for his performance. (“You are sure you’re right? Be careful, please.”) He is the only member of the original presentation of “Judgment at Nuremberg” on TV’s “Playhouse 90” in the picture. (I’m pleased Stanley Kramer watches television.”)

He co-stars with Rosalind Russell in “Five Finger Exercise,” ready for release. For a while the title was changed to “Five Kinds of Love,” but good judgment at Columbia Pictures won and the title has been changed back.

He was born Dec. 8, 1930, in Vienna. He has a brother, Karl, and two sisters, Edith and Maria. He will discuss Maria only when pressed to do so. (“The others are engaged, one way or another, in acting.”) He is Swiss. His father, Hermann Ferdinand Schell (“a novelist, playwright and poet”) is Swiss and a Catholic. His mother, Margarethe Schell von Noe (“She is in charge of the acting school in Berne.”), is Viennese and a Catholic.

He says that when people asked him what he wanted to be when he grew up, he would reply honestly—“Pope.”

He made his American movie debut in “The Young Lions.” (“You may doubt me again, but it was Marlon Brando who taught me how to speak English. We met in Paris. He said he wanted me in ‘The Young Lions’ and started teaching me.”)

He delights in intense conversations. (“You know how I come around to the store to see you for talks.”) He detests large parties and avoids them whenever possible. It is possible often.

He keeps in shape by playing tennis. He was good enough at soccer to win a place on Switzerland’s national student team.

He lives when in town at a Sunset Boulevard apartment-hotel. He favors this residence because the management permits him to keep a grand piano in his room. (“You know, I haven’t had any complaints from my neighbors, and some of them are famous.”) He says playing the piano relaxes him.

He has a fairly set routine when working here. He’ll return to his apartment from the studio, play the piano anywhere from half to a full hour, then prepare his dinner—usually a hamburger or a steak and French fries—and eat it, go for a walk, stop at Schwab’s for dessert and conversation, maybe both, return to his apartment and study the script for the next day’s filming.

He said he didn’t want a girl friend while working “because she would upset my methodical method.” Then he met Nancy Kwan.

He and Nancy appear to get along fine. They complement each other in their likes of foods, sports, art, movies, acting, conversation. (“You see, we are at ease with leach other. This is very important. Agree?”)

He believes that flowers are the language of true emotion. He sends them often. He is insistent on sending only fragrant flowers. He usually startles the florist by ordering “smelling roses.”

He sleeps in a large bed. He has no difficulty falling asleep. He sleeps in pajamas, wearing both the trousers and the jacket. (“You know Eve seen so many pictures recently in which the her o sleeps bare-chested that l might try it to feel like a hero.”)

Maximilian Schell will next be seen in Columbia’s film “Five Finger Exercise.”