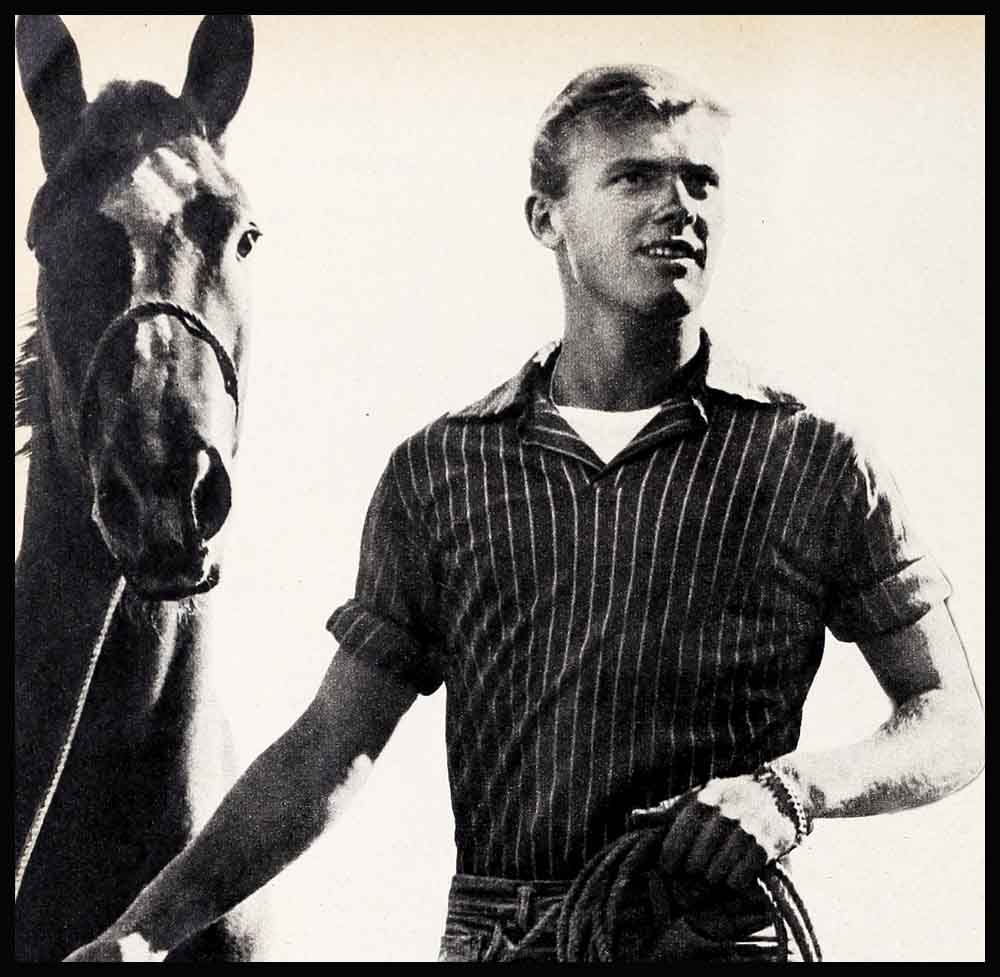 Three loves has Tab—his mother, his horse, Out On Bail, and ice skating. Girls? Well, they figure too. When he can spare time from exercising and riding his horse-the first one he’s ever owned, although he’s been riding since he was twelve. He’s an expert figure skater, too. Skating, like riding, does something to Tab—makes him feel “out of this world.” Which is exactly what most people think about Tab. Big and blond, with a fresh appeal, his natural charm made him a hit in his first picture and won him first place in photoplay s “Choose Your Star” contest. Now, with a contract under his belt and three pictures set to follow his next, “Wells Fargo Express,” Tab won’t have to worry about hay for his horse, or supporting a wife-some day. But at twenty-two, career- minded Tab can afford to wait—for the right girl.