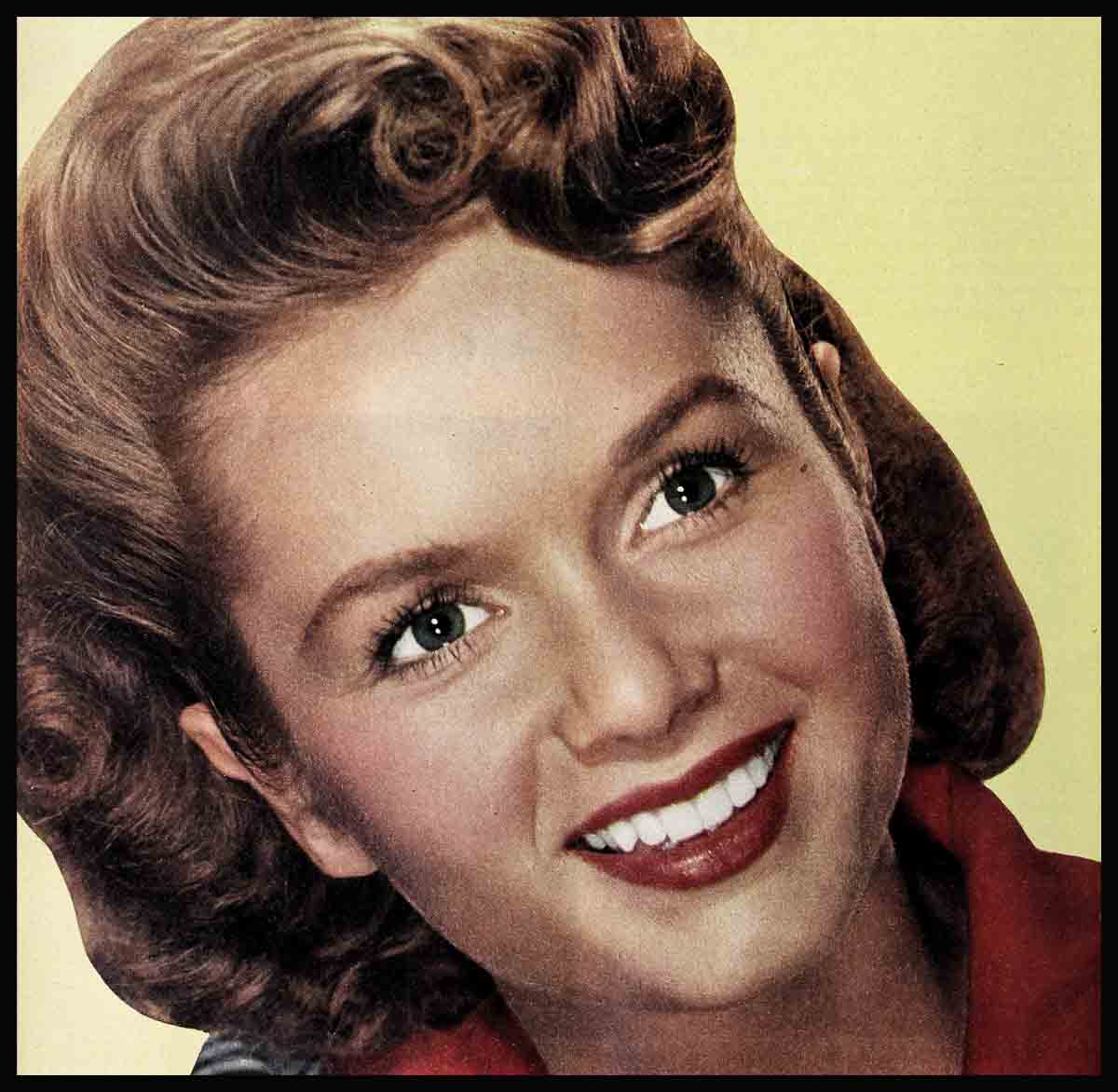 Put on the glamour act as a movie star? Not Debbie Reynolds! She’s always just her natural self, thank you, and that’s all to the good. Debbie’s neighborhood gang never thinks of her as a movie star. Instead she’s the girl in old jeans, first out on the sandlot for the ball game. And when it comes to clowning around our Debbie can outclown any three other people. Of course she does dress up now and then for a big date—but even the most glamorous clothes can’t hide that Reynolds sparkle and zip. It may have been the sorrow of her young life when Debbie’s jaunt to Paris to make a picture was called off—but not for a moment did disappointment dim her charms! Nor the demand for her acting services. The minute producers learned Debbie was available, they signed her for a new Hollywood film, “Susan Slept Here.”