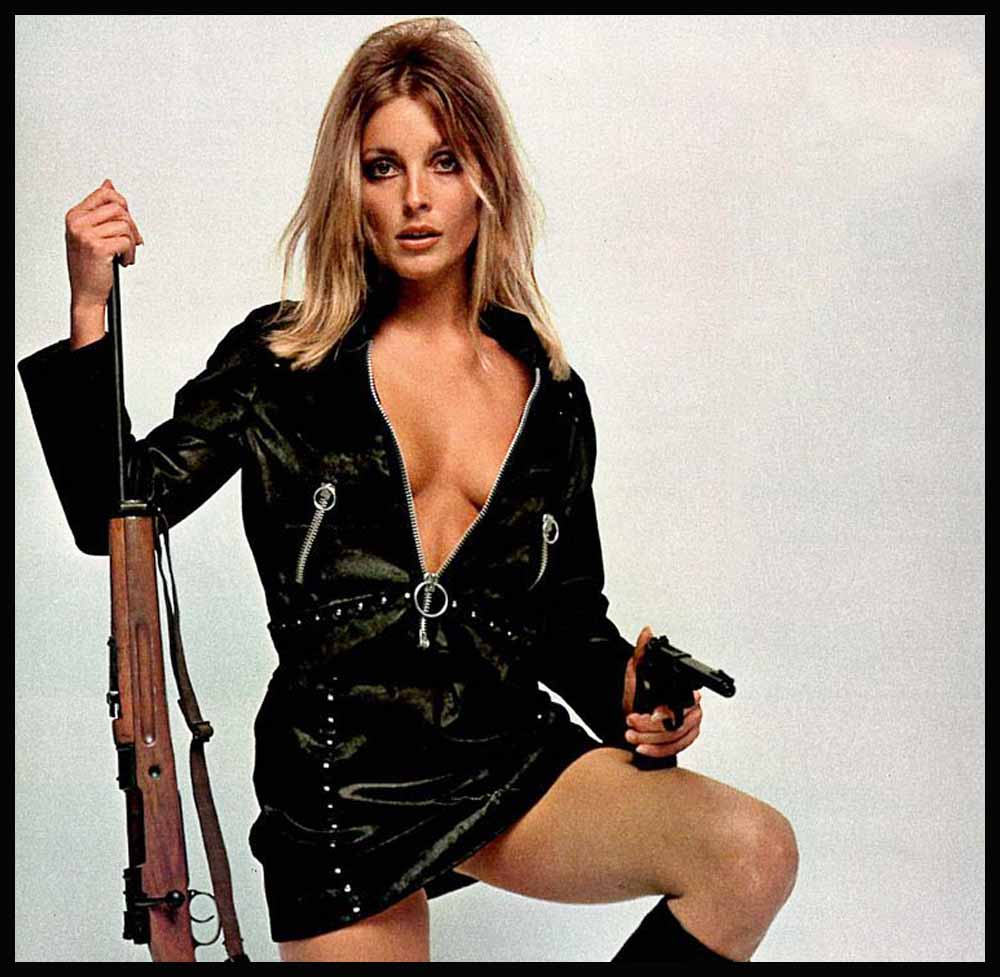 A Beginner’s Guide to Mao Tse-tung

The little red book which contains highlights from the thought of Mao Tse-tung is the most influential volume in the world today. It is also extremely dull and entirely unmemorable. To resolve this paradox we, a handful of editors in authority who follow the capitalist road, thought it useful to illustrate certain hey passages in such a way that they are more likely to stick in the mind. The visual aid is Sharon Tate and, to give credit where credit, God knows, is due, she will soon be seen in the Twentieth Century-Fox motion picture, Valley of the Dolls.

Every Communist must grasp the truth, “Political power grows out of the barrel of a gun.”

. . . the flattery of the bourgeoisie may conquer the weak-willed in our ranks. There may be some Communists, who were not conquered by enemies with guns and were worthy of the name of heroes for standing up to these enemies, but who cannot withstand sugar-coated bullets; they will be defeated by sugar-coated bullets. We must guard against such a situation.

“Report to the Second Plenary Session of tho Seventh Central Committee of the Communist Party of China” (March 5,1949)