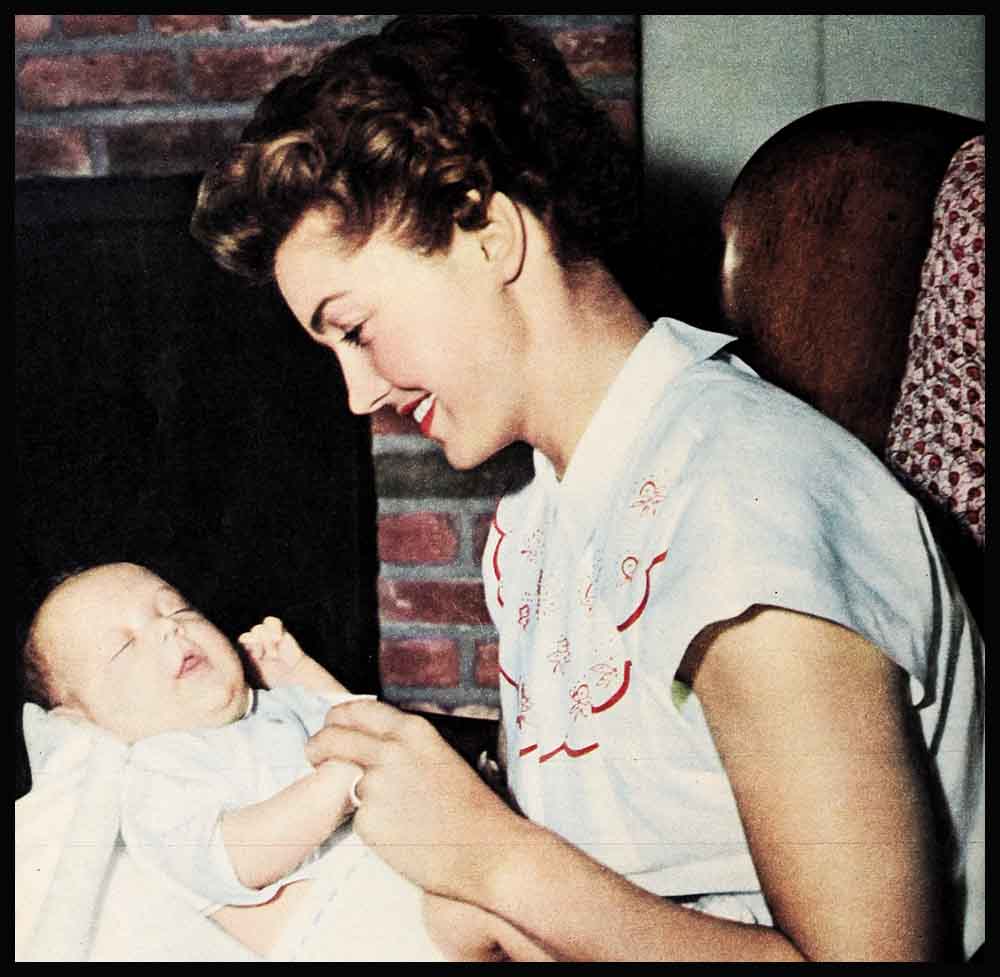 For years I’ve been photographing the swell bunch of actors and actresses who work at M-G-M. And Esther Williams is one of my favorites. I’ve never photographed Esther that she hasn’t been ready and waiting. An able woman, Mrs. Gage. A sitting with her always goes like a charm—with plenty of laughs. So, driving up Mandeville Canyon, I was pleased with life—looking forward to seeing Esther’s new Early American farmhouse and anticipating the first sitting of little Kimmie.

In the living room I found Esther perched on the edge of her chair. Ben gave me the cue. “If it’s action you wanted from Kimmie,” he told me, “it’s too bad you weren’t with us at three this morning.”

Two-year-old Benjie jumped up from his little stool in front of the fieldstone fireplace and ran over to the old family cradle in which Kimmie now was stirring. “He’s waking up,” he shouted.

Esther, with a glance at her baby, yawning and stretching, suggested we set up our equipment without delay. “Sleepyhead,” she said, picking Kimmie up and bouncing him gently. Kimmie grinned as our shutter snapped. Then, before you could say Kimball Austin Gage, his eyes closed again. Benjie was frantic. If his Kimmie was going to be photographed, he wanted him to be at his best—a laughing, happy baby with wide searching brown eyes and an inquisitive grin. Into his brother’s cradle he crawled, promising, ‘I’ll wake him!”

Finally Kimmie opened his eyes and smiled. Again my camera caught him in the split second before he was off again.

And this time, not Benjie’s chattering, nor Ben’s urging, nor Esther’s cajoling had any effect. Kimmie slept on, unconscious that he’d spoiled Mama’s record for charming cooperation.