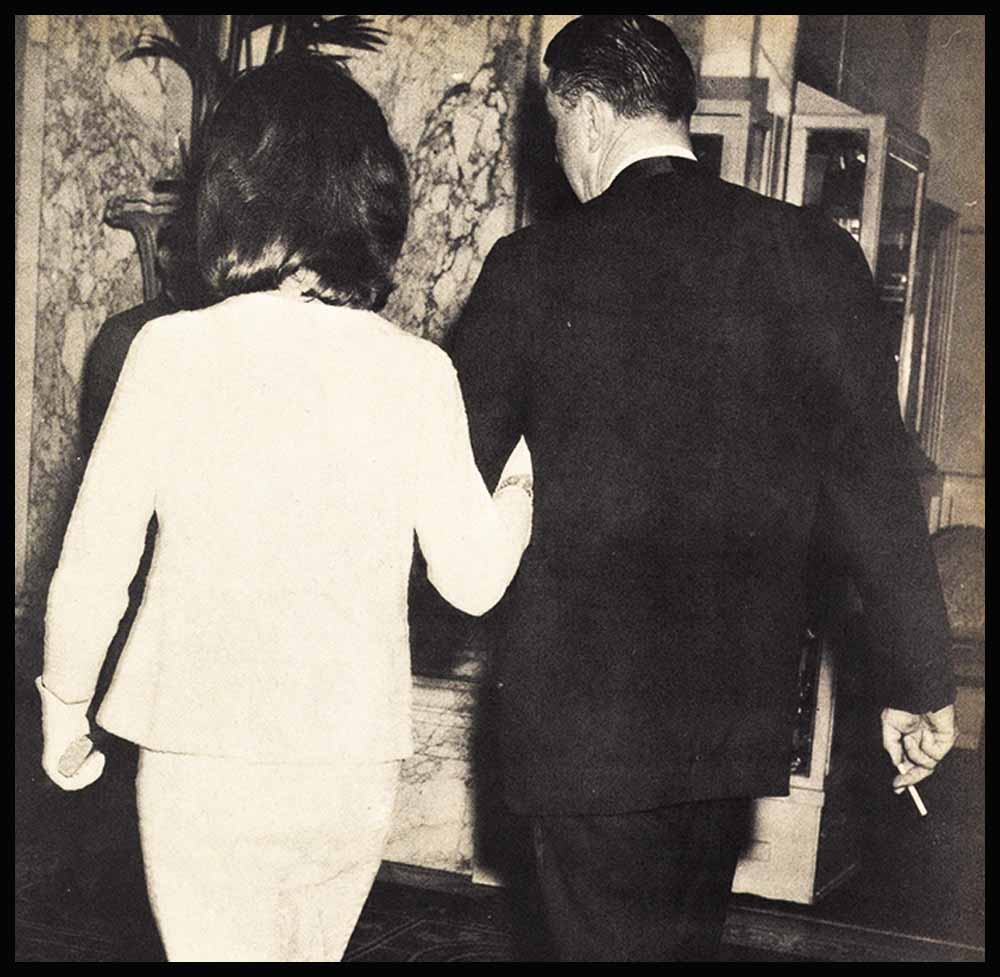 Why Jackie Had To Turn Her Back On A Nation?

There was only once in her whole life when Jacqueline Kennedy had the chance to become exactly the type of person she wanted. There was only once when she had only to listen to the dictates of her own conscience for the way she lived and the things she did. That time ended when she married, and it lasted only from graduation through cub-reporting, and then abruptly stopped at her engagement to a strong-willed and ambitious senator.

When a lovely young Jacqueline Bouvier married John Fitzgerald Kennedy she became a public monument. For a while this publicness was on a small scale, but it was not long before everything she said, wore, ate and read became the “in” topic of conversation. When her husband died two years ago—Jackie was not a private widow mourning her departed love—she was the public mourner for . 190 million Americans and untold millions around the world. But the time has come for a very public Jackie to become a private Citizen once more. Her duty to her country remains clear, but not quite as constant as before. Jackie used to appear shy and reserved, but recently she’s been strong enough to give her opinions and to criticize where criticism is due. She let it be known that she wasn’t pleased about the numerous books written about her husband by his former cabinet members whom he took into his confidence while he was in office. It is also known that she loathed being called a fashion trend setter; she’s grateful now that the public no longer sees her in that light. What she has become though is a social pacesetter.

Don’t think Jackie is attending all those benefits and social functions because of an obligation. She only honors a few of the hundreds of invitations—and those are the ones she’s personally interested in—such as the ball for the Boston Symphony. “It really was quite a bit of fun,” Jackie told reporters. Slowly she’s been able to tum her back on public opinion, as to where she goes, what she wears, how she dances, but she has not completely turned her back on her fellow countrymen. She maintains an office at 400 Park Ave.; usually each Wednesday she spends a long day there with her three staff workers and five volunteers answering her correspondence and working on public projects. Fortunately, Jackie has managed to side-step a little and back-step into her own world of personal wants and dislikes and private friends with unpublished names. Quite simply, the Stars and Stripes have been unwound from her person, and Mrs. Jacqueline Kennedy is again handed her Bill of Rights to personal freedom.