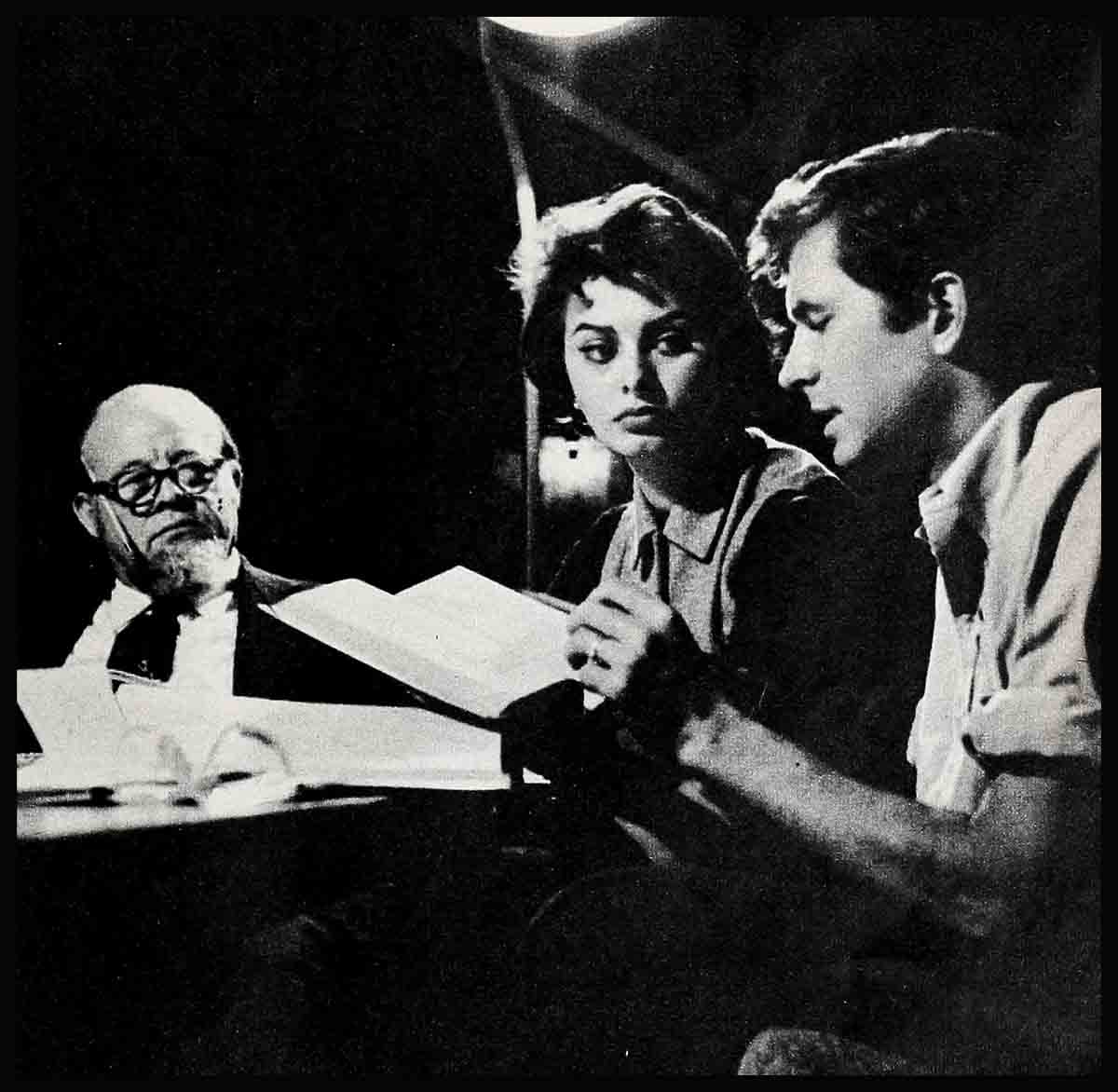 Colossal spectacles—with the traditional “cast of thousands”—get most publicity in the filmmaking department. But a strong, intimate drama like Paramount’s “Desire Under the Elms,” requiring a full staff of only about fifty people, demands as grueling work from each one of them. Preparation started two and a half years before the assistant director ever shouted, “Roll ’em!”

Producer Don Hartman assigned Irwin Shaw, top dramatist in his own right, to make an acceptable shooting script from the explosive Eugene O’Neill play. When the picture was first planned, not one of the stars, not even the movie’s director was a top name. Anthony Perkins was a kid on TV. Burl Ives was a singer of ballads. Sophia Loren was a shape in Italian movies. Delbert Mann was a TV director.

All four of these people came together to tackle the hardest moviemaking job of their lives. Tony and Sophia had met in Rome, while he was making “This Bitter Earth.” They met next in producer Hartman’s office, with Ives also on hand. And they faced their trial.

These are all working people, but they knew they’d be together on utterly personal terms: Burl, playing the hard-bitten New England father; Tony, one of his rebellious sons; Sophia, Burl’s self-assured, land-hungry third wife, who takes Tony as her lover.

And they are completely different people. Sophia is the mercurial Italian, frankly temperamental but gentle and kind. After the efficient eight weeks of shooting-time began, she found that some of her American co-workers were being just as excitable as she was. “Maybe it was my fault,” she laughs. “Maybe I made all the people on the set feel emotional like Italians.”

Between preparation and shooting, all three had changed. Tony had become a teenagers’ idol; Sophia, an international star; Burl, a Broadway star. A few years older than Tony, Sophia looked on him as “a young boy,” but she was amazed by his ability to handle any professional situation. They shared an interest in music; but Sophia goes for bop or calypso, and Tony’s a ballad man. Then, too, he was used to younger girls. The atmosphere of the picture is humidly sexy, but there was no such to-do on the set.

Sophia likes jazz; Burl goes for folk songs, as always. How do you translate “The Blue-Tailed Fly” into Italian? But Sophia, Burl and Tony all pitched into dramatic scenes like the true professionals they are. After Sophia had a baby (in the film), Tony sent her a bouquet of red roses with a note reading: “To the mother of my child.”