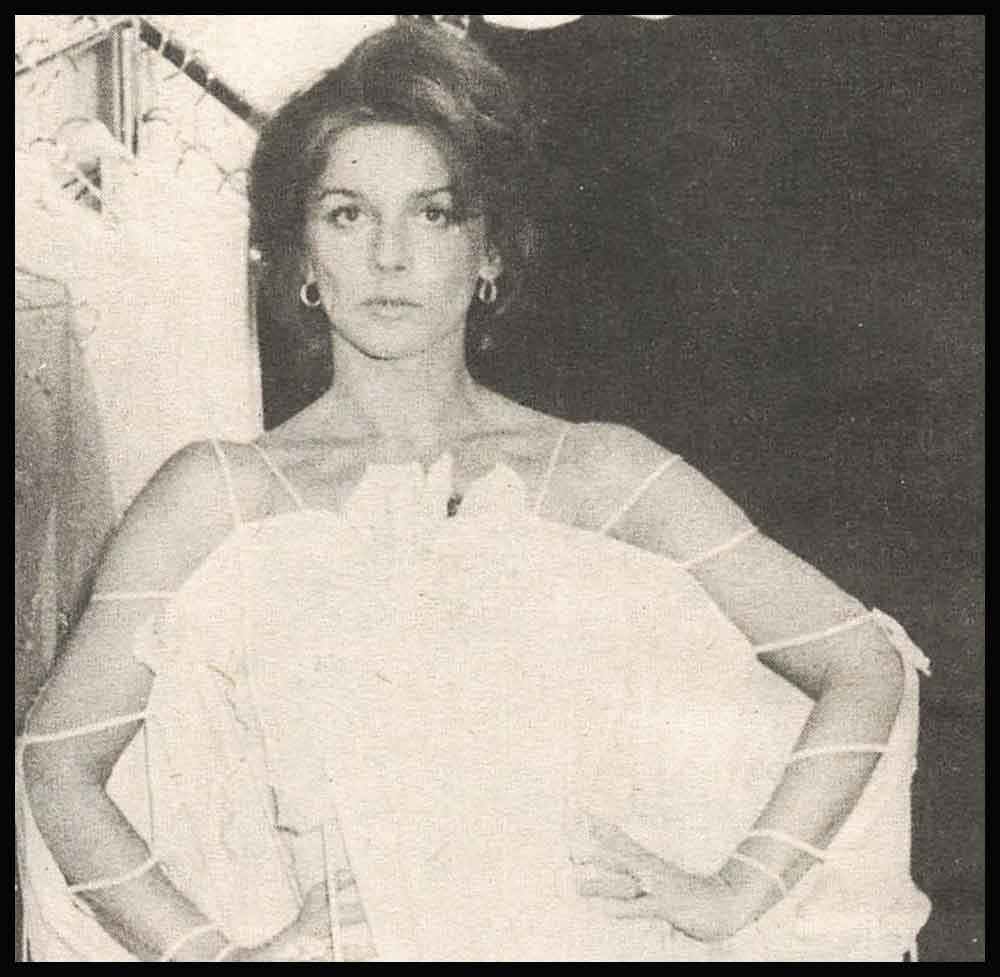 “Stardom Is Worth the Sacrifices I Had to Make!”

Ann-Margret is a hold-out example of an almost vanished species—the Great Glamour Ladies of Hollywood. Unlike today’s casual, flippant young stars who air their “naturalness” with determination verging on distain, Ann-Margret looks, acts and admittedly feels every bit the Star. At the age of 37, Annie would no sooner appear in public without careful make-up, an intricate hairdo and a knockout outfit than she would consider retiring to a kitchen rocker.

Ann-Margret opted long ago for success on the silver screen, and she feels it’s worth all the things she gave up to reach her goal. “I knew there would be sacrifices on the way up,” Annie admits. “No one pulled the wool over my eyes. At the beginning, people told me, ‘Go home, have babies,’… but I knew what was best.”

Babies were one of the joys of life that Ann-Margret has given up in favor of her career. Year after year, she and her husband of 12 years, Roger Smith, would predict a child . . . next year. Next year may never come, but Annie has had a maternal pleasure watching Roger’s children from his previous marriage; Tracy, 20, Jordan, 19 and Dallas, 16, grow into lovely people. “My happiest times are during the month that Roger and I and the kids spend at the beach. We run and play, laugh a lot. There are no demands, no telephone.”

Ann-Margret’s husband Roger Smith has always been accused of pushing his adoring wife hard, but Swedish-born Ann-Margret shrugs off the gossip with a tart, “I’m extremely stubborn. No one gets me to do what I don’t want to do.” What she has wanted since she first showed up in Tinseltown at the age of 20 was stardom; now that she’s achieved it, Annie candidly concedes: “No matter what direction you go in life, you miss out in one area. But I’ve made my own choice, and I’m extremely happy. I wanted to entertain people, and I do. I’m satisfied.”

There aren’t many people who can make a statement like that in mid-life; Ann-Margret certainly is one of the blessed few. She’s rare and lucky, not because she has a huge mansion, large fortune, loving husband and fabulous face and figure—there are many women with all that drinking away their days in despair. No, Ann-Margret is lucky because she has chosen her own fate, guided her own destiny and made her life into what she wanted it to be. This seemingly fragile woman has strong-armed Life to her own liking . . .