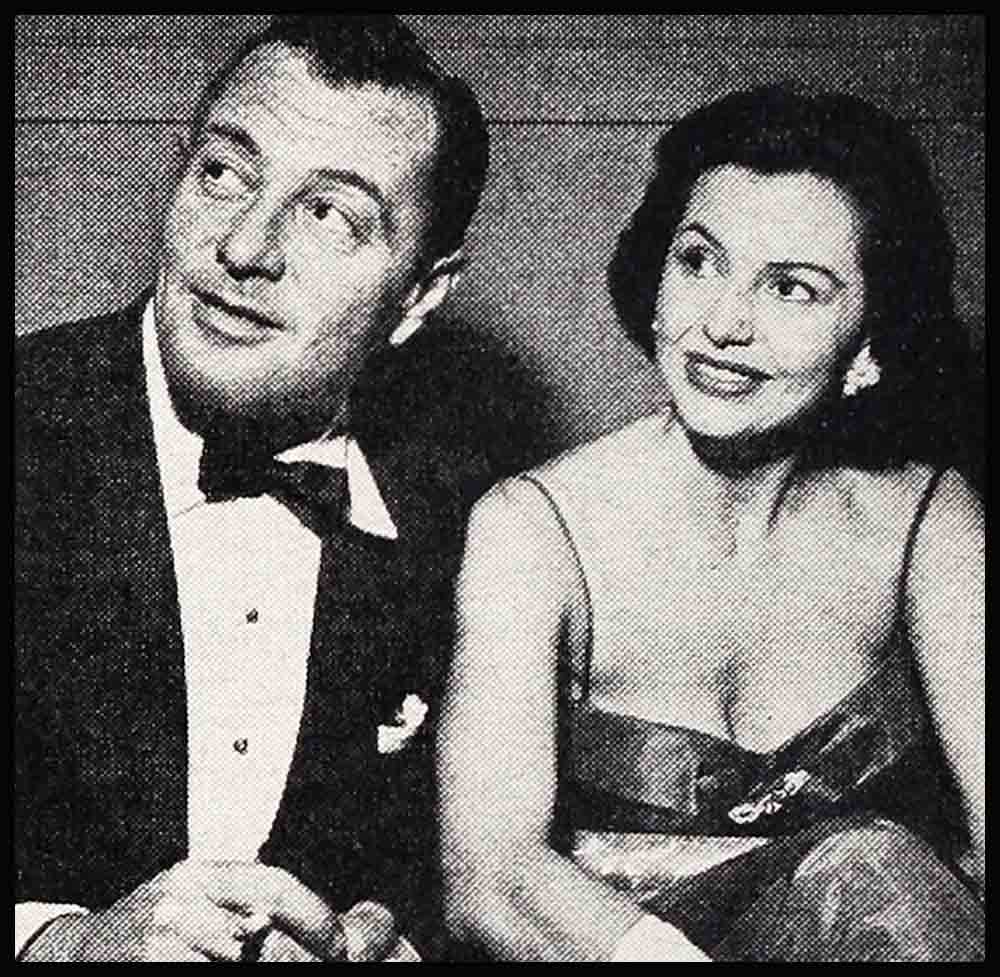 That’s Hollywood For You With Sidney Skolsky

I admit that the fact that Elvis Presley was once an amateur boxer was news to me when I read of it in the account of his brawl with the gas station attendants. But it doesn’t stop me from continuing to write what I know and believe about Elvis. The latest is that I believe Presley can be a prominent screen actor, if he isn’t talked into taking acting lessons. To me, Elvis is a cross between Mitchum and Brando. . . . Marilyn Monroe and Jayne Mansfield are rivals to play Jean Harlow in the celluloid biography of that blonde bombshell. Yet Jean Harlow couldn’t equal either of them in the bosom department. In those movie days, bosoms weren’t important, imagine that! . . . Whenever I meet the beautiful Patricia Medina, I wonder why she isn’t cast in important pictures. . . . Congrats to Debbie and Eddie. Only last year I regarded them as children, and now they have a child. . . . I never got the message that Diana Dors was an English actress. She’s strictly the U.S.A. type of hip chick—more so than many Hollywood actresses I could list. . . . They’re making movies too long, regardless of how good they are. . . Tony Curtis told me his definition of a drive-in theatre: Where some people will pay money not to see a movie.

I don’t understand the so-called controversy concerning Ingrid Bergman. Several of her movies have been playing on TV, with high ratings. No one has objected to having Ingrid in their homes, so why should they object to her in a theatre? . . . Kathy Grant has a cigarette case which has Bing Crosby’s five Photoplay Gold Medal Awards set in platinum.

Marlon Brando is now living by his lonesome in his large house in the canyon, only he’s not lonesome. . . . I want to put it on the record that Tony Perkins was an excellent chauffeur. . . . Tony Martin is an early riser and explains it this way: “I have a most considerate wife (Cyd Charisse). She tiptoes out of the room, right across my face.” . . . “Here’s something I learned about Hollywood,” Kim Novak told me. “Once anyone decides on anything, it’s indefinite.”

I get along fine with Frank Sinatra. It’s not so much that I understand him as that he understands me. . . . Natalie Wood behaves and talks as if she were a graduate of the Actors’ Studio. She goes with fellows from that place and some of it must rub off. . . . I find that on a set actors, old and young, will tell you how great Jimmy Cagney is. He represents a pro, a man who knows his craft from every angle. . . . Tom Jenk tells me Hollywood is where half of the people are putting up a front for the other half who are putting up a front for them. That’s Hollywood for you.