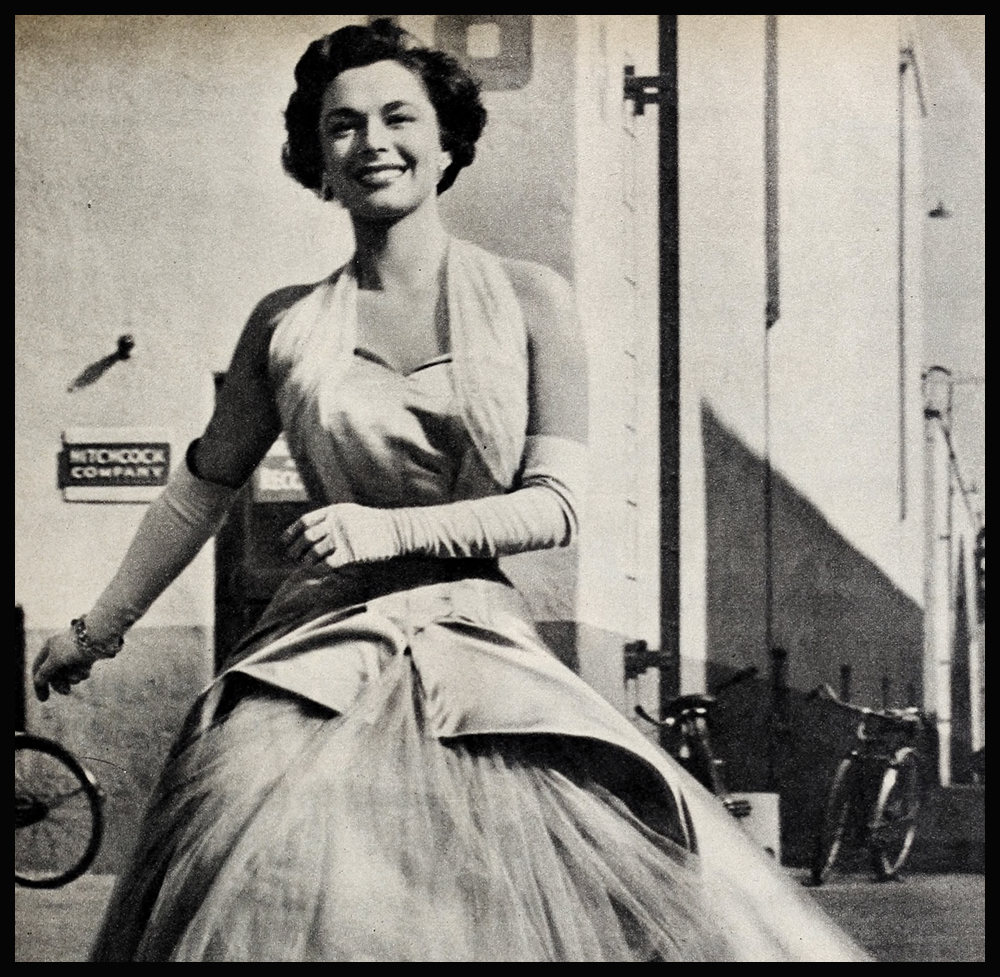 Although I was only twelve years old, I remember it well because I had complained to my mother about what a hot day it was for April in Boston. She immediately became suspicious. A thermometer was dug up and mother took my temperature. It was 102 degrees!

Mother thought it was just a stomach upset. I was bundled into bed. In those days, medicine-cabinet treatment was the rule. Physics, aspirins and multicolored pills were stuffed into me at irregular hours. But in three days, my temperature remained steadfast, unmoved by the best home remedies my family had to offer.

I was growing weaker and the pains in my legs were almost unbearable. Our family physician, Dr. Charles Gardner, was called in.

Dapper, kind old Dr. Gardner was one of my favorite people—probably because of his generosity with lime-colored lollipops and his smile under a curved, shiny, waxed gray mustache. Even the sight of him gave me a lift.

The doctor spent a great deal of time with me, asking all sorts of questions, many of which I couldn’t answer. His voice seemed to rise and fail, gobbled up by the heat waves that enveloped me.

I heard him tell my mother it was a kind of mystery virus. She was badly upset—mystery in sickness is a frightening word. Dr. Gardner consulted with another neighborhood doctor, but no definite diagnosis was made.

For a week I lay in bed in utter weakness. From the kitchen I could hear my mother’s sobs and my sister trying to console her. I could hardly move. My leg muscles were almost entirely without power. I prayed that if I were to get well my legs would not fail me.

Many years later my mother told me I was only semiconscious most of the time. What I thought were silent prayers were words spoken aloud in delirium.

Dr. Gardner came in twice a day. Although I was a child, I could see he was very worried and seemingly powerless, just waiting for something to happen.

Then one night as I lay in my sickbed, watching the flowers in the wallpaper designs revolve slowly around the room, I listened dreamily. The doctor was speaking to my mother. He had just finished a long consultation with the other physician.

I heard him say, “Ruth is a sick girl, that’s true. But she’s well on her way to recovery. Don’t be worried about her legs, she’ll walk again and will be perfectly all right.”

I was amazed. Could it be true? Yet if Dr. Gardner said it so confidently it must be so. It was wonderful news to me. I was overjoyed. For the last few days my legs had been stiff and powerless. But now I would soon be well!

Then the fever broke. I felt stronger. There was a long period of convalescence. Then as the weeks went by I could feel the tingling sensation of “pins and needles” in my legs. It’s true that I couldn’t stand up; my legs wouldn’t support me yet. But always I remembered the doctor’s words. “She’s well on her way to recovery. She’ll walk again and will be all right.” Dr. Cardner had said so, and I never doubted it.

When my legs hung limp from the side of the bed, when it was impossible to move a muscle, I forced myself out into my homemade wheelchair. And then holding on to the chair-backs and the dresser I managed to swing slowly around the room.

Whenever the going seemed too tough and I wanted to give up, feeling it was all too hopeless, I remembered that my doctor had said I’d walk again. And I preferred that it be sooner than later. Soon, too, I would have to get back to school and make up all the time I had lost.

Finally I was walking, slowly but without help. What a wonderful overwhelming feeling of love for the world and everyone in it I felt when I walked to the corner bakery for the first time in months!

Then I was able to get around in the sunshine. Dr. Gardner, beaming, pronounced me completely cured.

After graduation I almost forgot my childhood illness. Time caught me up in its rush forward, with jobs in “little theater” plays. Then a road show company. The years flew, and I traveled far away from Boston to Hollywood. But whenever there was a pause in my hectic career, my thoughts would search out Dr. Gardner. I could never forget him.

Recently I went back to New York for a personal appearance tour—when, incidentally, I met my husband Mortimer Hall—and from there I went to visit my family in Boston.

As a very pleasant surprise, my mother held a little get-together of old friends. Dr. Charles Gardner was among the guests.

Later in the evening I found him alone at the punchbowl. He was an elderly man now, but had lost none of his dignity.

“Ruth,” he said, “I am very proud of you and your success. I never dreamed that a certain skinny little girl who wouldn’t let me give her a booster shot without getting a lollipop first would someday be a star in motion pictures.”

I told him gratefully how he was responsible—how his words had served as an inspiration for my recovery. I told him honestly that if it hadn’t been for him, I might never have walked again, might never have arisen from a sick bed. I told him how, when I had felt during my illness that it was impossible I could ever use my legs again, I had remembered his confident words after consulting with another doctor, his statement that I would be completely cured.

He squinted, thought a moment, and looked puzzled.

“Ruth,” he said oddly, “I don’t remember ever saying anything like that. I remember my comment, and I believe I said, ‘She’s a very sick girl. She’ll never walk again. Only a miracle can save her.’ ”