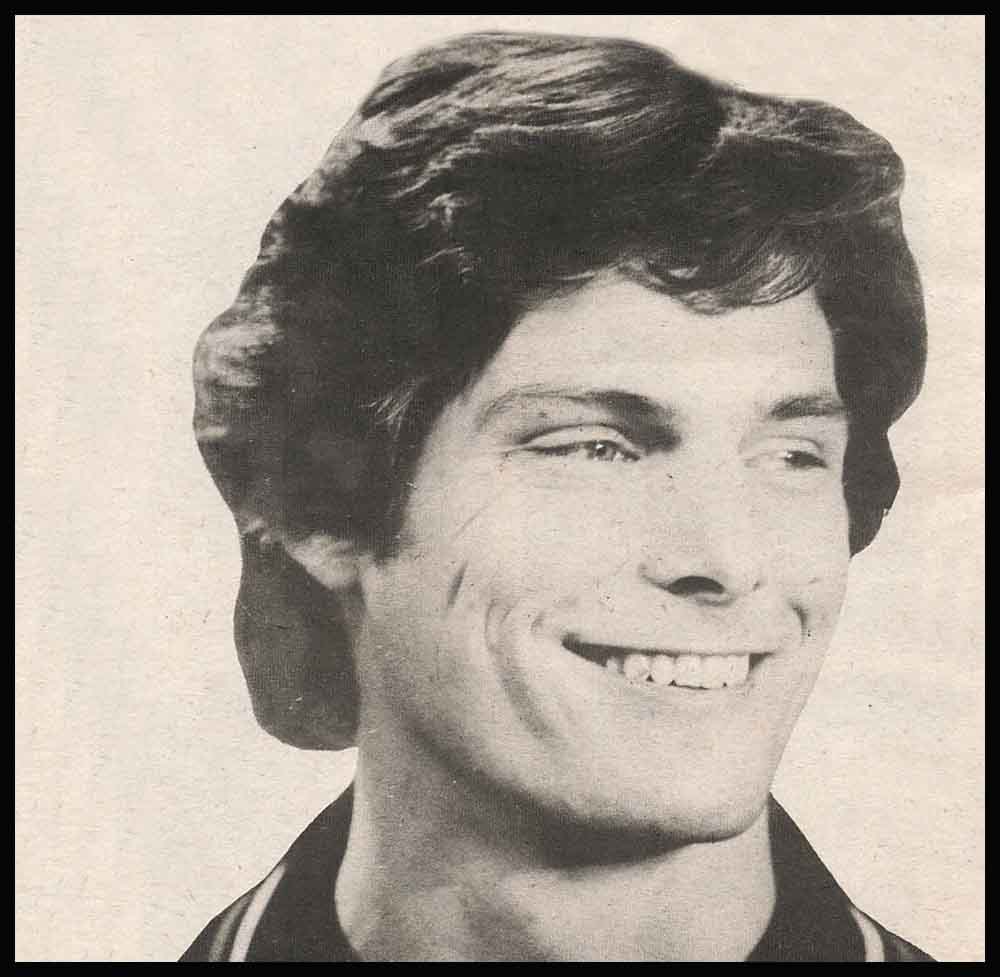 Superman Shows His Strength On The Hollywood Party Circuit!

“Superman” Christopher Reeve has hit the New York and L.A. party Circuit with an aplomb worthy of a true Man of Steel. The 26-year-old graduate of Cornell and Julliard has rarely missed a big fete in the last few months with girlfriend Gae Exton, a British actor’s agent, almost always in tow. Chris’ socializing seems a surprise; although the young man was never either a bookworm or a 90 pound weakling, he did grow up in a home that emphasized intellectual achievement, along with physical prowess. (Chris’ dad teaches at prestigious Yale University.) Studies always came first with Chris; then athletics—he’s particularly good at swimming, sailing and skiing—and thirdly came his career, nurtured on daytime t.v. and on Broadway.

When Chris prepared for what he knew would be a blockbuster role in Superman, a life of partying must have seemed more remote to him than a hunk of kryptonite. But the once-serious, shy actor has suddenly turned into the life of the party! Chris’ easy grin, intelligently gleaming eyes and muscular physique, combined with his witty, flowing, well-informed conversation have turned Chris Reeve into the most Super Party Guest of all! He’s a super man!