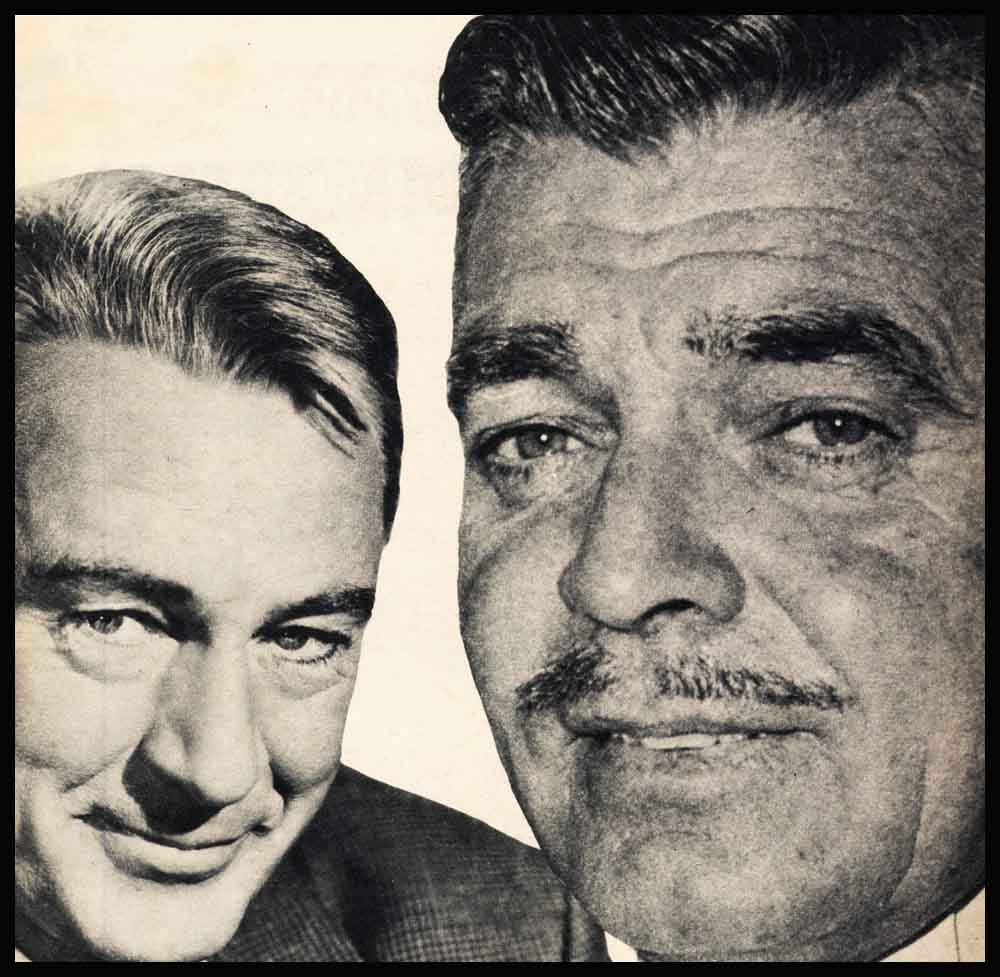 How Death Haunts The Stars

DEATH ALWAYS LEAVES sadness in its wake but rarely does it spell as much grief for so many people. November 16, 1960 was a tragic day for thousands, both in this country and throughout the world, for it marked the passing of one of HolIywood’s all-time screen greats, CLARK GABLE.

The beloved actor was taken from his wife Kay unexpectedly when he was at the peak of his popularity and his strength, or so he thought. Cause of death was a heart ailment which struck Gable, a ruggedly masculine personality as he joyously awaited the birth of his first child.

The great unknown has also claimed TV and screen personality WARD BOND who was the growly-voiced wagon master of the NBC favorite, Wagon T rain. For many years Ward was a supporting actor in movies and an excellent one at that. Director John Ford insisted on having Bond in every one of his films.

It was only recently, with the advent of his part in Wagon Train, that Ward received the recognition he deserved and attained, by virtue of his compelling merit, the position of a central character. It is particularly tragic that death claimed him at this gratifying time in his career. We will miss this gruff sounding, tender-hearted Western star.

Books could and no doubt will be written about GARY COOPER’S spectacular and enduring career as a box-office favorite. Tributes to this man have poured in from all over, lauding him as much for his off-stage life as for his great talent.

Coop, by the time of his premature death due to cancer, had become a world wide legend.

Movie TV Secrets Special Yearbook pays tribute to Movietown greats who have been taken from us.

Leading papers, which don’t usually editorialize, have gone so far as to say that “if there is a more likeable man within the confines of show business we have yet to find him.” Queen Elizabeth II of England was among the fans who took time from their busy routines to send condolences to his family.

GARY COOPER began his career as an actor in silent films. When ”talkies” began, critics predicted gloom and doom for the silent cowboy. They could not have been more in error. From his first film, The Virginian, in 1929, to “The Naked Edge,” his last great presentation, GARY COOPER, non-actor, portrays the “American Image.”

Ex pro football player PAUL DOUGLAS was a favorite of film goers in roles that varied from drama such as “Clash by Night” to a laugh-filled comedy like “The Solid Gold Cadillac.” Paul’s big break in movies came after his success in the Broadway comedy ”Born Yesterday.” Before he began his acting career Douglas was a radio announcer. His wife, Jan Sterling, was with him when he passed away suddenly.

ERROL FLYNN, who admittedly planned to devote a good part of his remaining years to “women and litigation” died with his ”protege,” 17 year old Beverly Aadland at his side. But the real ERROL FLYNN, the one we will all remember actually died years ago. Flynn will be famous for his swash- buckling roles in films like “Captain Blood” and “Mutiny on the Bounty.” When he grew too old to play these roles in movies Errol continued to act offstage. As a matter of fact, after he did the Barrymore story, as many people have pointed out, Errol Flynn seemed to step into Barrymore’s shoes, to behave as he did. He went through all the Barrymore stages, from drinking heavily, to dating girl after girl and finally raiding the younger set. Those who appreciated his talent will forget these later years, however, and remember Flynn as he was in his last great performance in “The Sun Also Rises,” a vividly beautiful movie.

The late JOAN DAVIS made many movies and various appearances on TV, but she is best known and loved for her show which is now in its fifth re-run and still popular — “I Married Joan.” When this show had run its cycle, Joan retired from show business, much to the remorse of fans and professionals alike. Carol Burnett was frequently referred to as the new JOAN DAVIS but unlike Carol, Joan was rather quiet offstage. The actress-comedienne died of a heart attack in the early part of 1961.

MARGARET SULLAVAN was born on May 16, 1911 in Virginia and met her tragic death last year from an accidental overdose of barbituates. After her death her secret was revealed—that she was suffering from a nerve-wracking struggle with deafness. She came to Hollywood in 1933 after success in Stage Door.