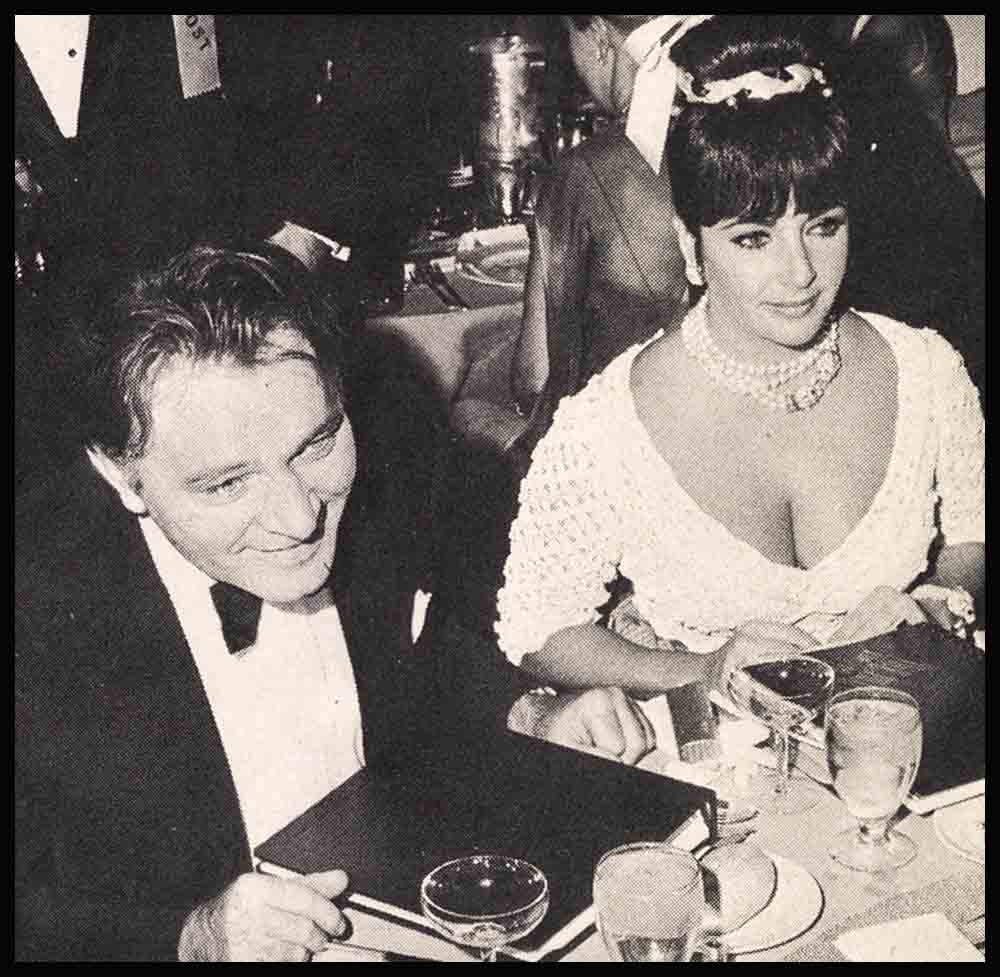 When Richard Burton first came to the States to make films, he was called “the poor man’s Laurence Olivier.” After Look Back In Anger he became “the British Marlon Brando.” Then he went to Rome . . . and became “the other man,” or “Liz Taylor’s new love.” But it has become increasingly more evident that he is not Richard Taylor, or Liz’s husband—if anything, Elizabeth Taylor has practically been devoured and Mrs. Burton has emerged. The final shred of professional inequality between the husband- wife acting team has just recently been dis- carded. For Richard has been offered a role with the rarefied price tag of 1 million dollars— something which had previously been reserved for his wife. And, as an extra added attraction, Richard will have as his co-star either Julie Andrews (whom he worked with on Broadway in Camelot) or the lusty new discovery of Darling and Doctor Zhivago, Julie Christie. Richard has often been heard to compliment his wife’s abilities on the screen, and has credited her with teaching him the professional ins and outs of the medium. It would seem that she’s taught him everything she knows—including how to earn a cool million for his talents and his irregular, craggy face. Richard is no longer the “poor man’s” anything. He has very definitely come into his own . . . and so we would have to say: Yes, Elizabeth there is a Richard Burton— and he is enough for any woman!