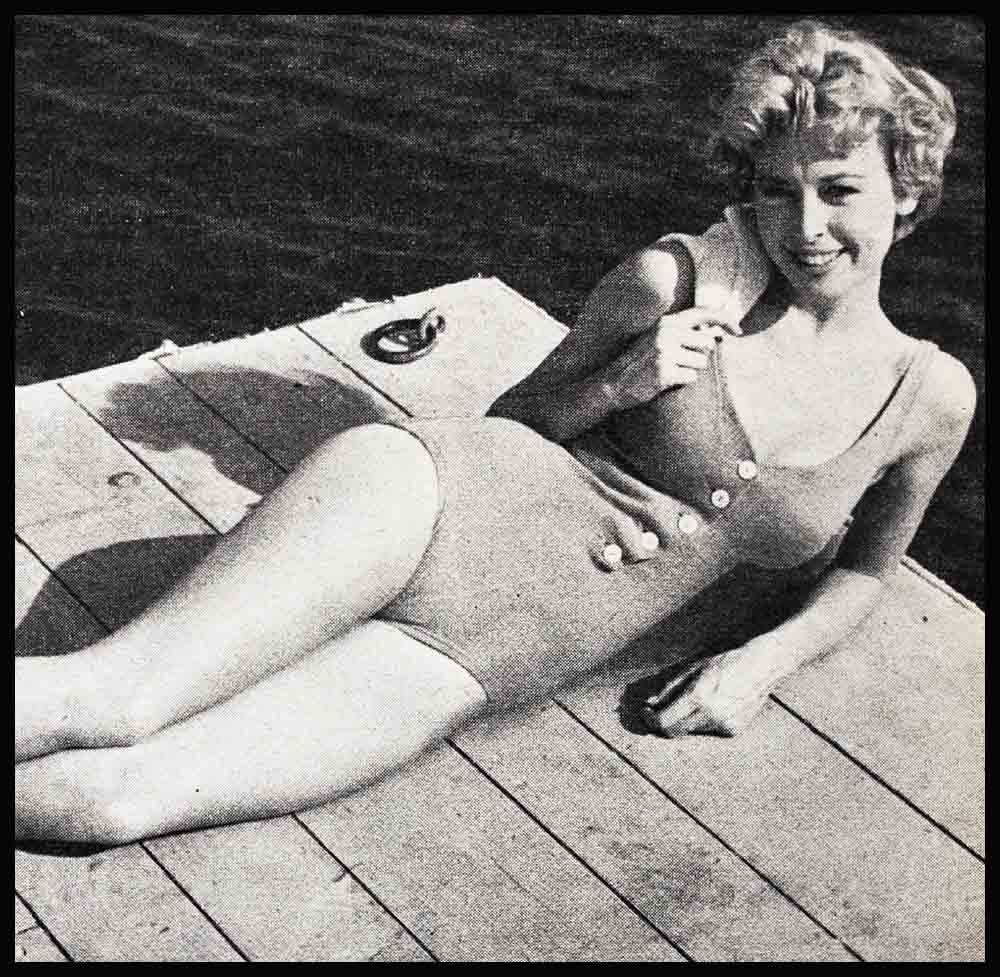 The Lady’s Not For Burning

If you’re a fair-skinned blond or redhead, you can tan faster if you take it slowly . . .

Unlike many fair-skinned blonds, lovely Barbara Ruick has little trouble acquiring a sunny, golden tan. She starts with ten minute sessions, morning and afternoon, working up to two half-hour sessions by the end of a week. She is extra careful between 10 A.M. and 3 P.M. And she doesn’t let herself be fooled by an overcast sky.

It’s not the heat of the sun, she knows, that can frizzle your skin, it’s the ultraviolet rays. These “burn” rays are strongest at midday when the sun is high and their intensity is increased by mist or low hanging clouds. Because the sun can fry you badly right through them, don’t be lulled into a false sense of security!

Barbara speeds up her tanning by applying several coats of suntan lotion, allowing time to dry thoroughly between coats. That way, her fair skin can be exposed to the sun for longer periods without burning. Because she’s found that skin needs far less time to tan after a cold dip, she always gets in a quick swim before lying down to toast.

And even after she’s acquired her tan, she never risks exposure without suntan lotion. And never spends more than four hours at a time under the sun. She never forgets that when she’s out in the sun, she’s playing with fire.