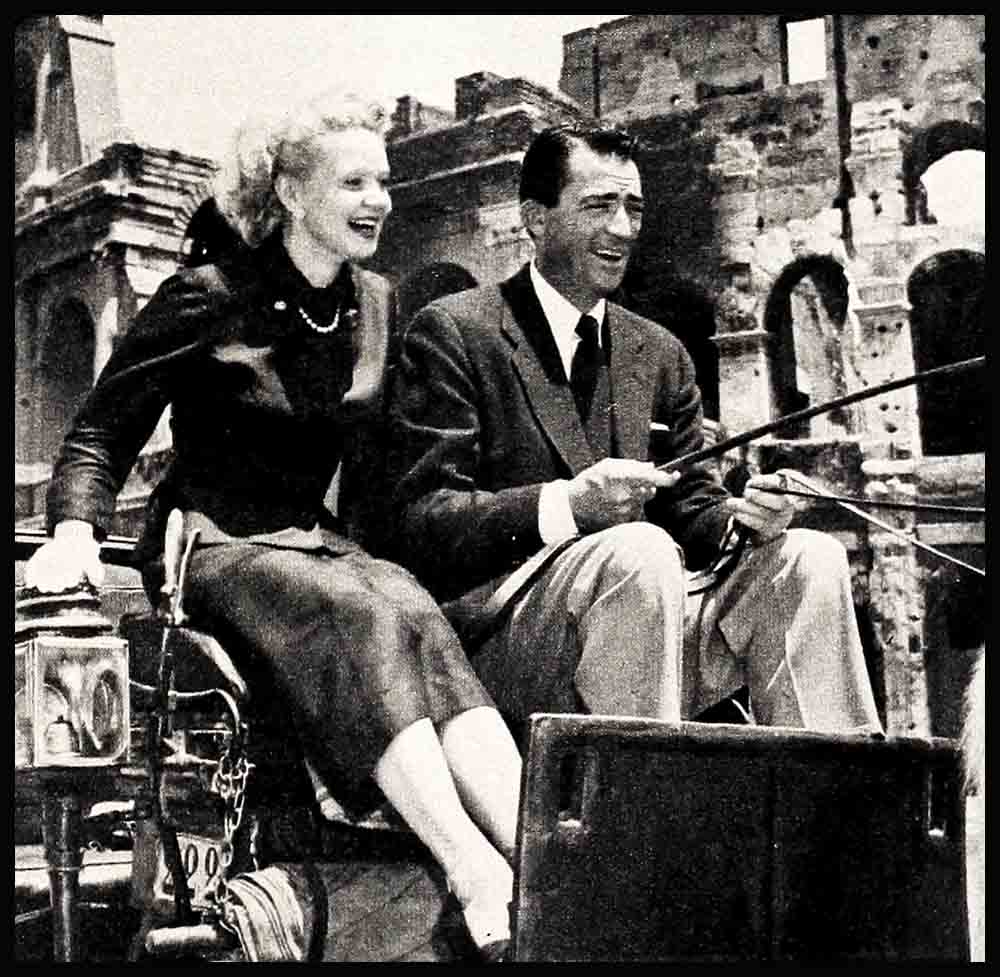 Trouble Across The Way?

To most Americans, a trip to Europe spells romance. But even those glamorous backgrounds can fail to keep love warm—especially if it’s had a tendency to falter anyway. Latest Hollywood loves rumored to have dimmed on foreign shores are those of Gene Kelly and his wife, Betsy, and of Gregory Peck and his wife, Greta.

Both actors have been abroad for a number of months, Greg in Rome, where he recently completed “Roman Holiday” for Paramount, and Gene in England, where he’s been working on M-G-M’s “Invitation to the Dance.”

Whether it’s too much work or too much play or a little of both, the story goes that both actors’ marriages soured during their tours of duty abroad.

As far as Gene is concerned, there is no mention of “another woman.” It’s just, people say, that this marriage, off-again, on-again for a number of years, seems finally to have settled into the off-for-good stage.

With Greg, it’s a different story. His name has been linked publicly with that of the glamorous Continental actress, Hildegarde Neff, though both have denied that there’s anything to these romance rumors. Nevertheless, Greg stays abroad, and Greta has returned home alone.