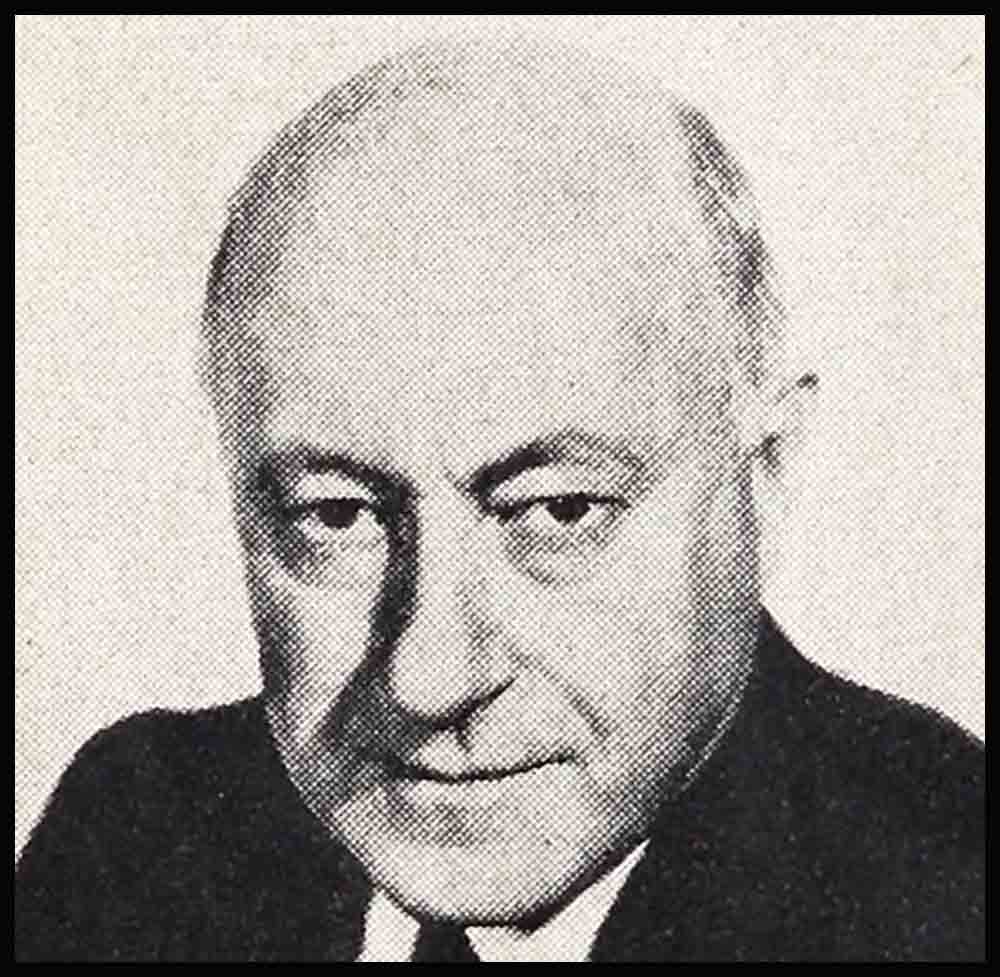 Over The Editor’s Shoulder…

Man with a Mission

If you’ve been lucky enough to catch an early showing of “The Ten Commandments,” you’ll surely understand why, when we heard Cecil B. DeMille was in town, we went hurrying off to talk to him. We found Mr. DeMille in a quiet hotel suite high above the roar of Fifth Avenue, and listened, spellbound, to the story of the making of this truly epic film. “ ‘The Ten Commandments,’ ” said Mr. DeMille gently, “is not a movie, it’s a mission. Each of us would like to feel, I believe, that we have made some contribution, no matter how small, to the future of the human race. I like to feel that, with this picture, I have made some slight contribution toward the cause of peace.” Mr. DeMille hopes that enough people, not only in this country, but all over the world, will pause to see and ponder on the message that is “The Ten Commandments.” “If people adhered to those commandments,” said this gentleman of seventy-four summers, whose eyes and mind are as sharp as ever, “which are, after all, natural law, God’s law, war and bloodshed, greed and envy would be unheard of.”

“The Ten Commandments” is an emotional and spiritual experience from which no audience can go away unmoved. Mr. DeMille refused to take any money for producing it, beyond a regular salary—a salary much smaller than he would usually command. “You cannot have the pleasure of making a contribution,” smiled this great man of the movies, “and, at the same time, expect to be paid for it.”

We Accept with Pleasure

. . . And with genuine gratitude the many, many letters that have come in enthusiastically endorsing the idea of book-length condensations. We also appreciate receiving suggestions for future book-lengths. Among the stars proposed by our readers are Frank Sinatra, Natalie Wood and Montgomery Clift. Watch for them in future issues, and don’t miss “The Rock Hudson Story” that begins in February. This isn’t just another Rock Hudson story. It is the Rock Hudson story, told as Rock lived it. And do let us know how you like this month’s full-length story, “Crack-Up.”

When the man in your life tries to get out of a date, do you ask suspiciously, “Why? Are you seeing another woman?” If he shows up with a telltale smudge of lipstick on his collar, do you put him through a third degree until he tells you what you don’t really want to hear? Then by all means hear Rossano Brazzi’s advice on “How to Have a Love Affair.” The romantic star of “Summertime,” “The Story of Esther Costello” and the forthcoming “Interlude” is an expert on such things, as you’ll find out when you read this startlingly frank story in February Photoplay. We accept no responsibility, however, for what may happen if you let this story fail into the hands of the man in your life!

We were kept busy last month welcoming a lot of our Hollywood friends to New York, and we must admit this is one of the nicest parts of our job. Charlton Heston and his lovely wife, Lydia, were in town, and one night over dinner at Sardi’s we talked over our future plans for stories on Chuck, while he and Lydia talked over their future plans for their son, Fraser. . . . Kerwin Matthews and Valerie French (“Garment Center” stars) chatted about their future plans over tall, cold drinks in the Rainbow Room. . . . A luncheon with Francis X. Bushman and another with Otto Kruger reminded us that charm knows no years and no seasons, but is perennial. Why aren’t we seeing more of Otto Kruger on the screen? “If only,” he sighed, “they’d stop insisting that I must be cast as a ‘gentleman’ and give me some comedy roles. After all, when you’ve played, successfully, every kind of role from Shakespeare to—” Then he broke off, shrugged, smiled and said, “But then, that’s Hollywood. Besides, I’d hate to leave my garden.”

If you still have your December Photoplay and haven’t entered the Sal Mineo contest, you have until December 9th to get in your entry blank. Note that the name of Sal’s picture has been changed to “Rock, Pretty Baby.” You may be the pretty baby to attend its premiere with Sal—if you hurry!

The year ’57 will be one of the best for you Photoplay readers, with more color, more stories and pictures than ever. In addition to ten full-length feature stories in February, you will find an important beauty article on how to correct your most prominent feature fault. And with Valentine’s Day coming up, don’t overlook the Elvis Presley charm bracelet that you can order through Photoplay. ’Til next month.—I.M.