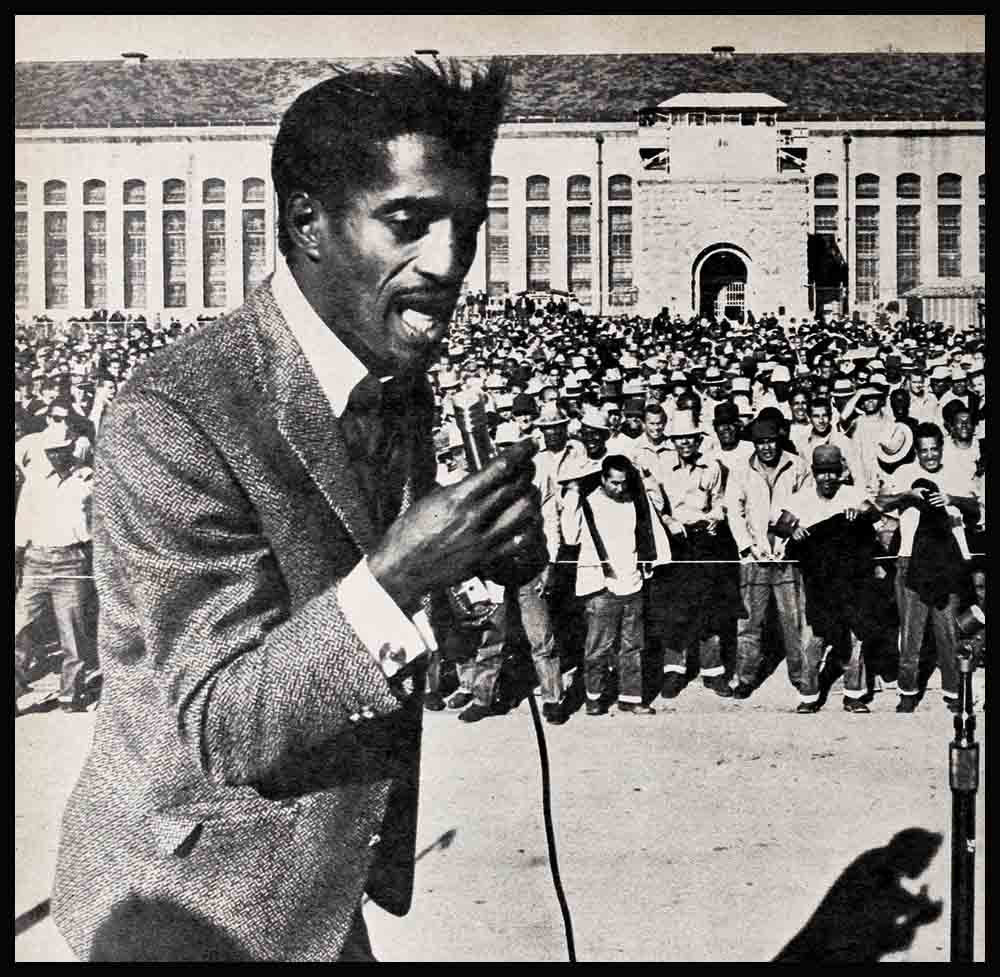 It was a record of sorts. In one week Sammy Davis, Jr. entertained to the applause and delight of the English Royal Family at a Command Performance in London. And then a few days later, despite threats of a riot, flew to Folsom, California, to play for inmates at a prison. “To me, that was just as ‘command’ as the first,” he said. “I felt I had to do it.” Why the riot? Why did Sammy have to do it? To understand, you must realize that all of Sammy’s life has been a raging battle for the underdog. Playing for royalty is fine. But when your heart remembers the past—when you were an underdog—you can’t say no to an appearance of this sort. And even when prison racists threaten to riot, you can’t run away—not if you’re Sammy Davis.