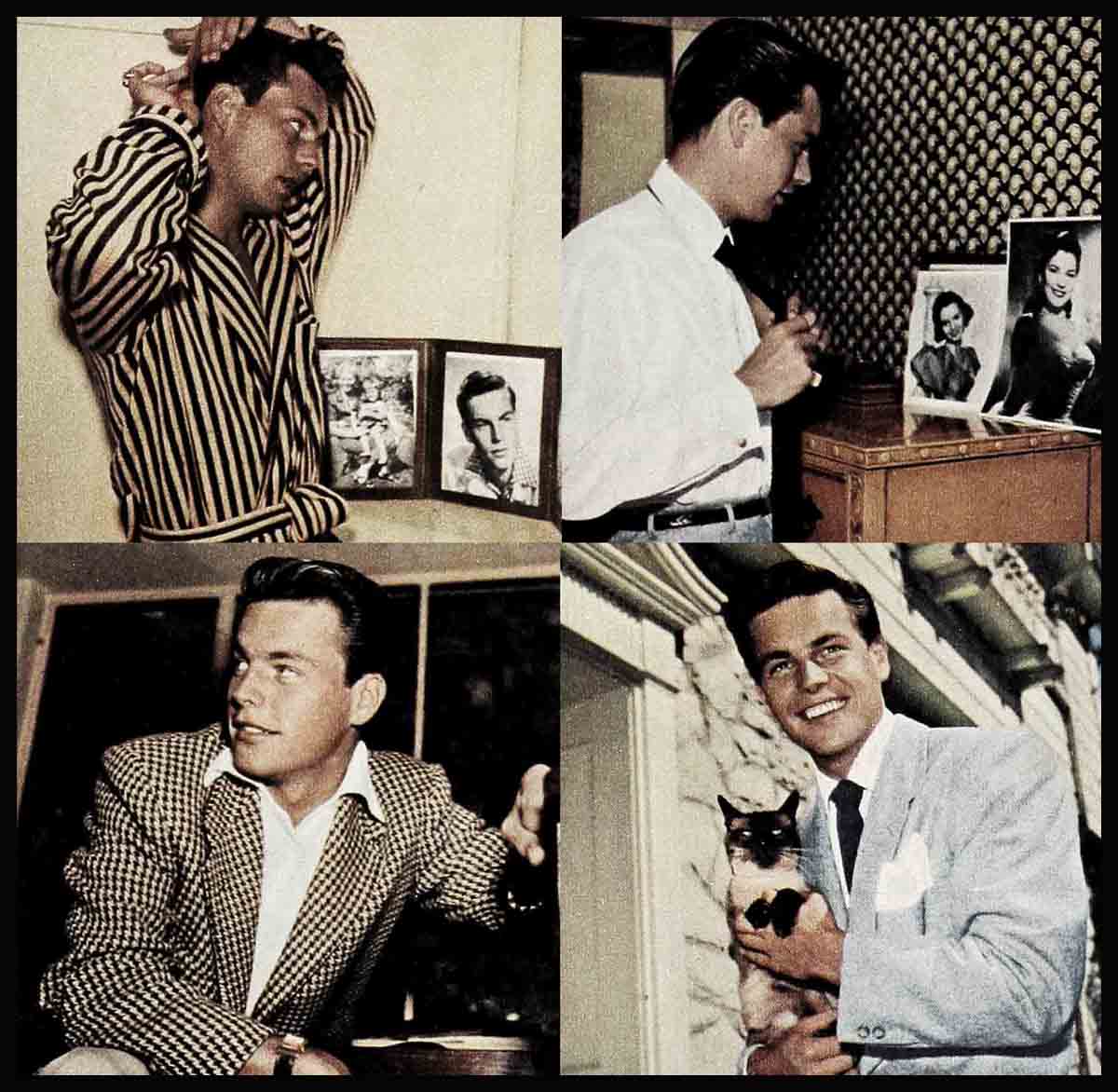 Bob Wagner may be the young man about town, but he’s career-conscious. Serious and hard-working, he keeps everyone on the set hopping—answering his questions! At twenty-two, Bob is not only one of Hollywood’s brightest young stars, he is one of the most popular too. An all-round sportsman, he can also swing a mean tune on a sax and really roll those drums! But it’s his growing fan mail that proves Bob really sends the girls. For which he’s grateful. Yet he isn’t forgetting what Clark Gable said to him when he first started in movies. “Always be considerate of people at the studio, Bob. And don’t ever forget—you can always be replaced.” That makes good sense to Bob.

He wants his own apartment, tries tooting to get Dad’s okay

When versatile Bob sits down at the piano—nobody laughs!

Vitamins plus! Now we know where Bob gets all that energy!

A sharp dresser, even when he’s preparing to hit the sack

Bob’s for girls! Pictures are of Debbie Reynolds, Debra Paget

“I play records all the time. It drives my poor Dad nuts”

It’s the cats! Bob is next in “Stars and Stripes Forever”