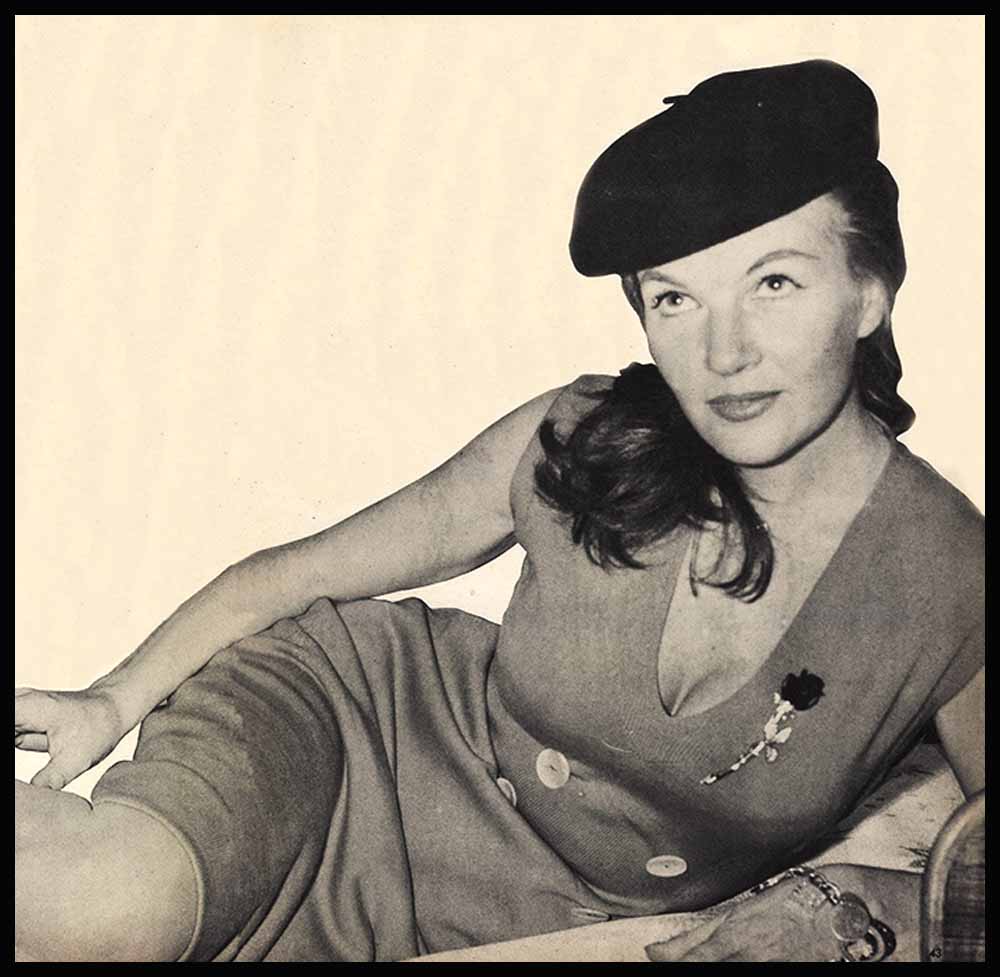 Hi-Jinks On The High Seas

PERCHED on the rail of the liner Queen Mary, Corinne Calvet crossed her lovely legs and issued her Declaration of Independence.

Fed up with marriage, she said she planned to devote her private life to the part she had portrayed so often in the movies—the scarlet role of the Other Woman.

“I’ve been a wife twice,” she said, “and all the joys seem to be for the Other Woman. So that’s for me.”

Then she offered this free advice to females:

“American men make wonderful husbands if you don’t love them. But if you love them, don’t marry them. I don’t mean they are lousy lovers. I just think they are little boys who don’t know what they want. In America, you don’t have romances — you have affairs.”

Then, having kissed off American manhood, Corinne kissed the country goodbye. But not for long.

The French bon-bon’s farewell to the press corps took place in April, 1960, as she set out for Europe.

Two years later, at a somewhat similar sailing, her words came back to haunt her. The date was June 20, 1962. Corinne was departing for Europe again, aboard the Queen Elizabeth. Only this time she didn’t summon photographers and reporters to a cheese- cake-and-confession conference.

This time, the newsmen had to hunt for her.

Corinne and her new romance, millionaire stock- broker Donald Scott, had sneaked aboard before the other passengers arrived. Their names weren’t on the luxury liner’s regular passenger list. Corinne’s half of their double suite was reserved in the name of her pretty, 20-year-old maid, Suzanne Pepitone.

But newshounds have a way of sniffing out such secret arrangements, and soon they were hot on Corinne’s perfumed trail. They found her in Scott’s half of the HIS and HERS cabins.

As gorgeous as ever, CC wore a red knit dress that clung to every sharp curve. A black beret crowned her auburn hair.

CURLING up catlike on one of the cabin’s twin beds, she confided she was going to Paris, her old home town, “partly for business, partly for pleaure.”

“We met when we were unhappy,” she added, “when we had both been physically abandoned by our mates. We were two miserable people and we became great friends.”

Then she hinted the voyage might end in marriage —not to Scott, but to her second husband, Jeff Stone. A reconciliation, she claimed, was “in the works.”

But not even Corinne could explain why she took her current heartthrob along in an adjoining cabin if she was really serious about patching up her broken marriage to Stone. Sympathetic though they were, the newsmen were also understandingly skeptical.

And so was Don’s wife, shapely Roslyn Kern Scott.

“I feel very bitter about her,” Roslyn said. “She is directly responsible for what happened to our marriage. He left me—for her.” Roslyn seemed to feel it was the old story of youth versus experience. At 25, she is at least 11 years younger than the Gallic charmer. Don is 31.

“She does have quite a few years on me,” Roz meowed. ‘And a lot more experience.’

Legally separated from Scott in 1959, she recently filed for divorce in Winston-Salem, N.C. Her petition accused the broker of “conducting an open and notorious affair with Corinne Calvet,” of “living with her in Hollywood,” and of being her constant traveling companion.”

Now that Corinne has achieved her ambition of becoming the Other Woman, she’s not as pleased with the role as she once thought she might be. In fact, she claims she was “misquoted” in her 1960 comments on the O.W. and American men.

A doll who loves to talk about l’amour, she has acquired the remarkable knack of looking sexy even while putting her foot in her mouth. And anyone who has ever tried this stunt knows how difficult it is.

A few years ago, for example, a magazine (not this one) described how she almost killed her husbands with boudoir kindness. Her mates, the article alleged, suffered from “overdoses of Calvet—not the famous French wine but Corinne.”

Soon after the article appeared, Corinne appeared on a TV show and said she was “flattered” by the magazine’s glowing account of her amorous acrobatics.

Later, she changed her mind and denounced the magazine at a sensational California trial. She also took a swing at American morals: “Maybe the moral standards in this country are higher, but things are more subtle in Europe.”

Having sampled the moral climate on both sides of the Atlantic, Corinne certainly should know what she’s talking about. Judge and jury apparently accepted her views as those of a qualified expert.

Since she came to this country 15 years ago, Corinne has been an exceptionally busy little lass. She has made a score of movies, wed and shed two actors, dated the playboy princes of New York and Hollywood, and appeared in many TV shows.