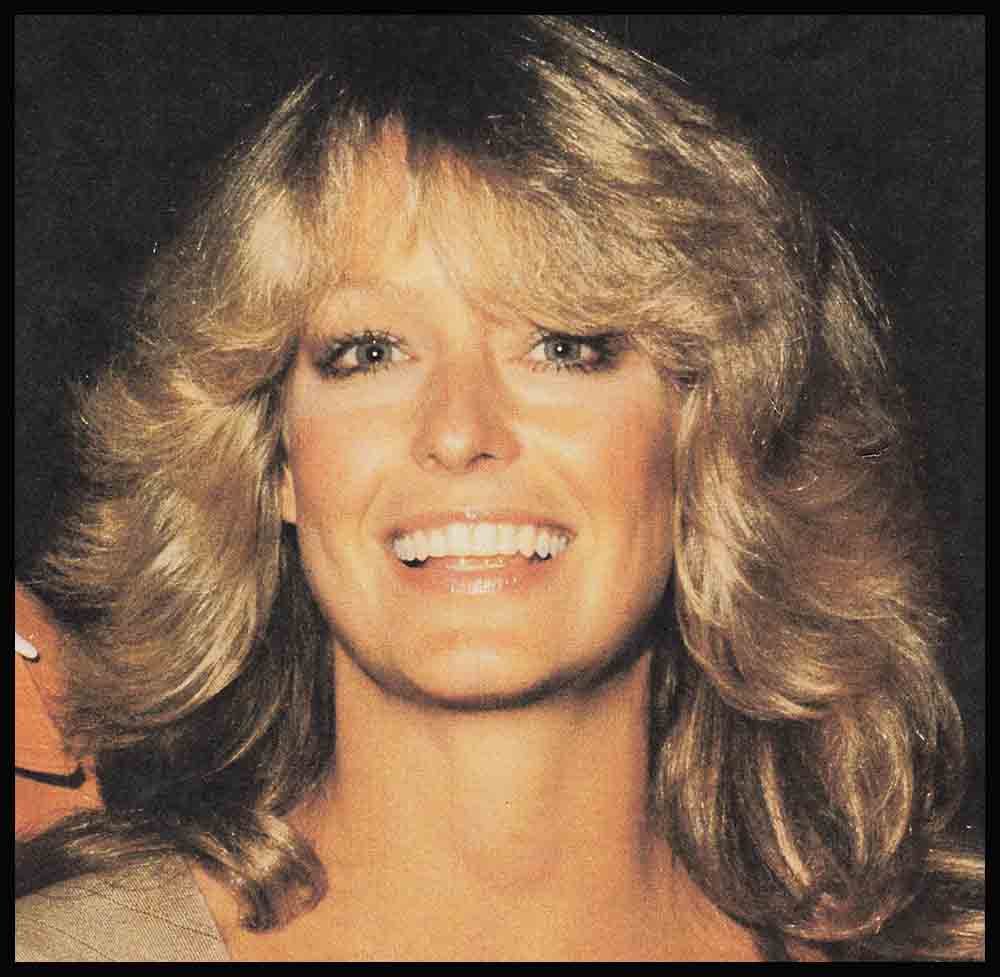 Farrah Standing On Her Own For The First Time!

There was a time not long ago when the New Farrah would have seemed impossibly beyond the reach of the Old Farrah. The Old Farrah, after all, was a sweet and pretty young wife who modeled and acted on the side—and rushed home to cook husband Lee Majors’ dinner. To say that Farrah depended on Lee would be a mild statement on the Majors’ marriage.

“She’s just like a little girl,” Lee cooed back then, in days long ago before Charlie’s Angels. ”My marriage is more important to me than anything else.”

These days, there’s a big difference in how Lee and Farrah view each other, and themselves. They still love each other wildly, but it’s become clear that Farrah is very much a person in her right, making her own decisions, spending months away from Lee while on film locations, becoming a businesswoman in the brief hours she’s not acting. In the year to come, Farrah will have made films in Acapulco, London and Spain. Each one takes months, which does not leave Farrah much time with Lee—who’s back in their Hollywood home taking care of his television commitments. But the couple seems to have worked out this new balance of power amicably.

“Lee appreciates Farrah more than ever,” confides a friend. “In the past he adored her; now he respects as well as loves her.” And Farrah laughingly adds, “Lee really wouldn’t want me around the house all the time anymore. We’ve changed. . .”

The Majors seem to be a perfect example of a loving marriage. “Don’t believe the rumors of romances with other people,” a colleague comments. “Farrah and Lee are sure enough of each other’s love to allow them their freedom.”