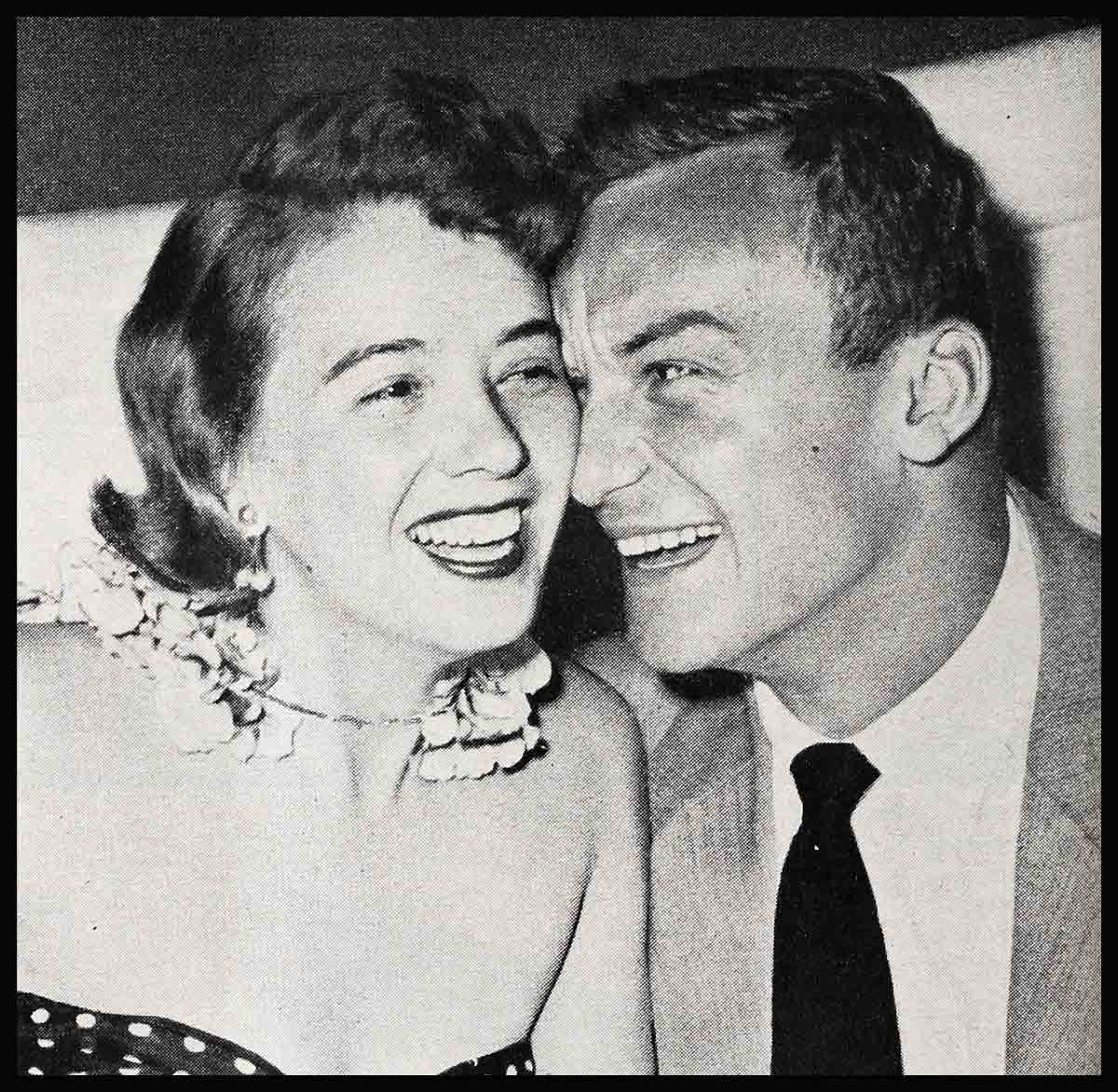 For a long time now, Hollywood has been waiting for Aldo Ray and Jeff Donnell to set the date. But not only won’t they commit themselves on when they’re going to get married, these days they’re not even saying for sure that they will.

But as Photographer Jack Albin said, when he caught them in this exclusive series of shots at Mocambo late one night, “Sometimes a picture’s worth a thousand words.” And no matter how much Jeff and Aldo might like to deny that they’re serious about each other, here’s sure proof. These two are telling the world that they’re in love!